In a Facebook post, Tapan Misra called attention to ISRO’s top-down working culture and inadequate leadership in the face of Chandrayaan 2 having failed to execute its surface mission. 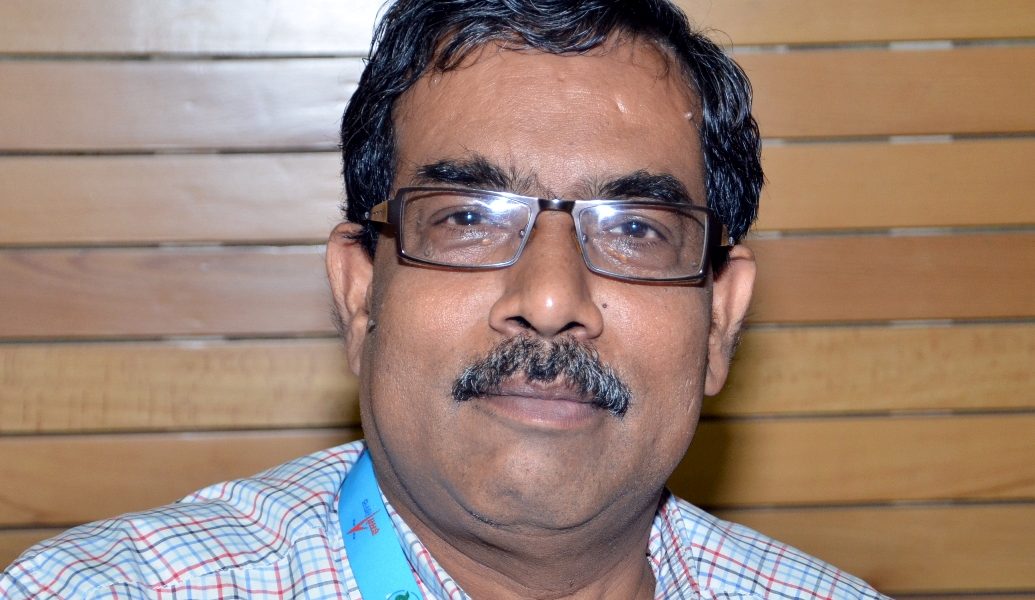 Tapan Misra, the former chief of the Space Applications Centre of the Indian Space Research Organisation (ISRO) who was sidelined last year by incumbent chairman K Sivan, has penned a Facebook post tacitly criticising the organisation’s leadership and work culture after the Chandrayaan 2 surface mission failed earlier this month. The post is available to read in full below.

One of Sivan’s first decisions as the new chairman of ISRO, in mid-2018, had been to demote Misra from directorship of the SAC to being the chairman’s advisor, a role that carries no executive authority. Speculation was rife at the time that the decision had been motivated by reasons other than professional conduct – because Misra was opposed to privatisation of the Indian spaceflight programme, because the controversial GSAT-11 mission had become stalled or because of internal politics.

After Misra’s transfer, many scientists from around India penned a letter to the President of India asking him to intervene, although such intervention never came to be.

In his somewhat rambling Facebook post, Misra called attention to ISRO’s top-down working culture and inadequate leadership, particularly in the face of Chandrayaan 2 having failed to execute its surface mission because the lander crashed on the Moon’s surface instead of touching down.

Around the same time Misra’s post was published, Sivan announced that Chandrayaan 2 had in fact completed 98% of its mission – a surprising claim considering one half of the mission hadn’t been executed and the scientific mission of the other half – the lunar orbiter – has only just begun its minimum lifetime of one year. Sivan had announced shortly after the lander failure on September 7 that the mission was a 95% success, itself a strongly contested number.

Although Misra doesn’t directly name ISRO or Sivan, one potshot he takes in his post is clearly directed at the two (lightly edited for clarity):

Leadership determines the backbone of an institution. All successful institutions have one thing in common: they choose a leader who built some thing new, chose an untrodden path, building a new one. You become a complete leader when you pass through the stages of being ignored and ridiculed for your new ideas, grudgingly accepted when you prove your point by adding value to your institution and society at large, and finally admired for what you built and what you are. Leaders inspire, they do not manage. When you see a sudden spurt in emphasis on adhering to rules, sudden increase in paperwork, frequent meetings, winding discussions, you surely know leadership is becoming a rare material in your institution. Institutions do not evolve with time as they stop innovating. Ultimately, they become living fossils, footnotes in history.

He also writes about an ‘organisational value system’ that may have kept ISRO employees from being able to criticise the work of their superiors, “bossy behaviour” and a greater focus on postmortem analysis than pre-mission testing. In fact, Misra concludes his post saying, “No point in crying when things go wrong” – clearly referring to a crying Sivan being consoled by Prime Minister Narendra Modi around dawn on September 7, after it became clear that Chandrayaan 2’s surface mission had been imperilled.

While ISRO’s public outreach team advertised the Chandrayaan 2 mission on social media platforms with great fanfare until the Mk III rocket carrying it lifted off on July 22, there has been nearly nothing after the events of September 7.

Also read: What ISRO Must Do To Take India’s Space Story to More People

Observers have raised concerns that the failure analysis process could be unduly biased in favour of the organisation considering Sivan’s repeated attempts to paint the mission as a major success. These sentiments are further exacerbated by there being no communiqués other than Sivan’s occasional words to the press.

ISRO has said it will publish the analysis report but hasn’t specified a deadline. The Indian Express quoted an unnamed source on September 18 as saying that the document is almost ready, is currently winding its way through the “proper channels” and will be made available soon.