Using a scramjet engine will allow a launch vehicle to carry a heavier payload into orbit – which in turn will make each launch more economical and allow ISRO to assert itself as being low-cost. 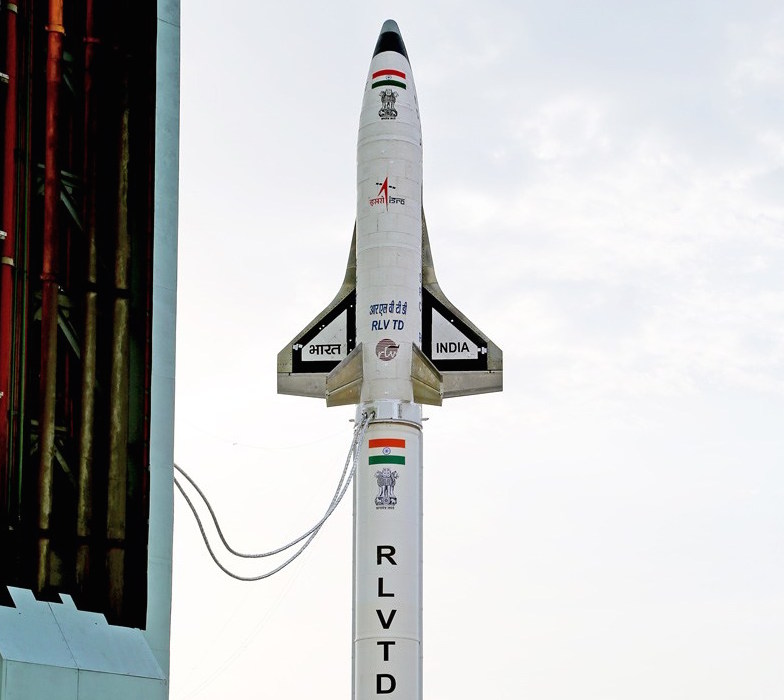 A sounding rocket with the ATV for its second stage, ahead of the first test on May 23, 2016. Credit: ISRO

The Indian Space Research Organisation has announced it will test the scramjet engine it built on August 28. This test was supposed to have been conducted in July but was postponed after ISRO had to help look for the AN-32 plane that went missing over the Bay of Bengal on July 22. The scramjet engine is a part of the organisation’s plans to build India’s first reusable launch vehicle (RLV) by 2030.

During the test, the engine will be fit on a two-stage RH-560 sounding rocket and launched to speed of Mach 6 (i.e. six-times the speed of sound) using conventional engines. There, the first stage will break off and fall into the Bay of Bengal. The second stage will continue climbing upward, and when the scramjet engine will fire for five seconds.

RH-560 signifies two things: ‘RH’ means its a Rohini-class sounding rocket and 560 is its diameter in millimetres. Its modified second stage, to which the scramjet engine will be affixed, is called the Advanced Technology Vehicle (ATV). According to ISRO, it is a scaled-down prototype of the RLV that will eventually fly on missions fourteen years from now. To be more economical than ISRO’s existing launch vehicles, the RLV should be able to carry payloads weighing 10,000-20,000 kg to the low-Earth orbit. These numbers are important for ISRO to assert itself as a low-cost launcher.

Also read: All you need to know about ISRO’s scramjet engine test

This is where a scramjet engine could be useful. Rockets carrying tonnes of fuel to burn also carry tonnes of oxidisers to burn them with. However, a scramjet engine needs only the fuel to be on board – it can suck in the oxygen from the atmosphere at supersonic velocities. This frees up additional payload space on the RLV. However, it must be noted that the RLV won’t be powered by scramjet engines exclusively; there will be one scramjet engine working together with five semi-cryogenic engines.

During the August 28 test itself, ISRO will study the engine during its operation and then let the whole apparatus crash into the waters. In a first test conducted on May 23, ISRO had hefted another prototype RLV to 70 km and dropped it, checking if the onboard computer was able to guide the craft down as planned and if heat-resistant affixed to the vehicle’s underside performed as expected. The test was a success.

After August 28 – assuming the test isn’t postponed once more – three major tests will remain before ISRO will be able to qualify the RLV as being ready. They will each successively test various parts of the vehicle, especially the scramjet engine’s performance on a full-scale RLV and the RLV’s ability to land on a runway in the middle of the bay. The dates for these tests haven’t been announced yet.