Private Cos Are Catalysing China's Rise as a Space Superpower 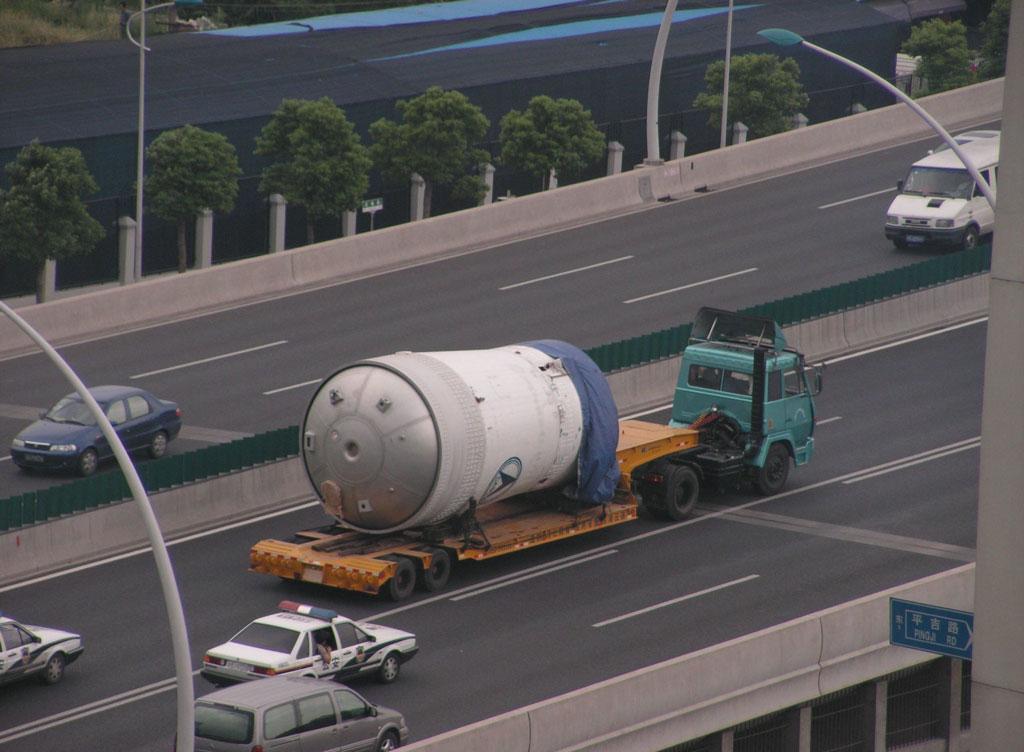 A part of a Chinese rocket is being transported via a highway in Shanghai. Credit: Eventgets/Wikimedia Commons

On May 16, China celebrated its first private rocket launch by OneSpace, a company that hopes to also launch satellites next year.

Contrary to popular perception, private space companies in China have been proliferating as well as expanding, paralleling the country’s ambitions on the final frontier. China hopes to be able to build a permanent space station by 2020, launch a robotic Mars mission by 2020 and setup a station on the Moon by 2025.

LandSpace also introduced a 70-tonne LOX/methane rocket engine and a methane-fuelled rocket in April at the first international commercial space symposium. These technologies challenge those developed by Electron, an American-New-Zelanian company.

On the IP front, between 2011 and 2016, China’s space-related patent filings increased by 13.3% whereas the same number had decreased elsewhere in the world, showing that the country is actively creating an environment conducive to space entrepreneurs and investors.

From the West’s POV, it might seem like China is simply catching up on developments that have already been made. However, this is a limited take on a bigger story. Chinese companies’ delayed start affords them a chance to learn from the mistakes of their predecessors.

There are also numerous political implications. In the last big space race the world witnessed, the US and the USSR wanted to be the first to get to the Moon; more importantly, it was another sphere of human endeavour that was being contested by the polar powers.

Similarly, while the space race of the early 21st century is being contested by more private entities than public ones, their respective governments continue to be involved, waiting to reap geopolitical and strategic gains.

Private space firms have an advantage in their ability to innovate faster. By better commercialising space tech and space-based assets in general, they can improve trade relations and so advance political relations as well.

Moreover, the country’s spacefaring achievements have been used to invoke nationalist sentiments, suggesting that they aren’t just for scientific development.

Such a multifaceted strategy can be seen as a threat to the West’s dominance in space technology.

The Chinese government has been working to develop its own navigation system, called Beidou, instead of using the US’s GPS. Beidou is expected to help reduce reliance on American resources for civilian navigation as well as protect its armed forces from interference and interception (just the way India’s IRNSS is). The US system is currently used by more than 30 countries.

Private cos are simply accelerating this process of peeling away, enabling China and Chinese power to come into its own.