With this test, India has become the fourth nation in the world with ASAT capabilities, after the US, Russia and China. 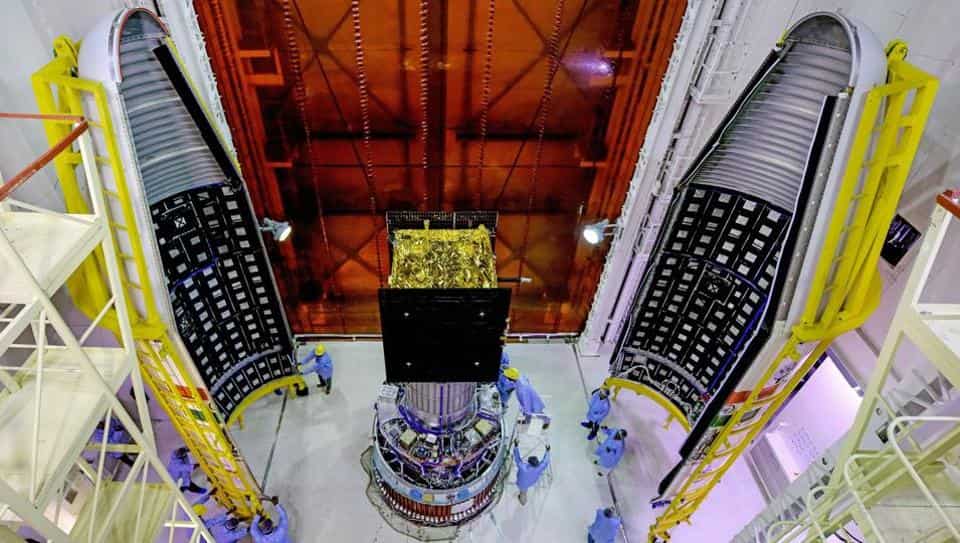 The Microsat R satellite is likely to have been destroyed during India's first ASAT test. Credit: ISRO

In a live address to the nation, Prime Minister Narendra Modi announced that India had successfully tested an anti-satellite (ASAT) missile against a live satellite in low-Earth orbit.

Though he didn’t explicitly mention a date, he implied in his 15-minute announcement that the test was conducted today, March 27.

Modi also lauded the Indian Space Research Organisation (ISRO) for developing various space-related technologies that benefit society. He added that given India had already established itself as a space power, a demonstration of its military prowess in space was necessary for regional peace.

An FAQ released by the Ministry of External Affairs attested to this: “The test was done to verify that India has the capability to safeguard our space assets.”

These words about peace allude to China’s ASAT test in 2007. In that test, a multistage missile successfully intercepted and destroyed a Chinese weather satellite in a polar orbit, at an altitude of 865 km.

Prime Minister Modi declared the test, codenamed Mission Shakti, a success and claimed that an ASAT missile had destroyed the satellite in its low-Earth orbit.

The missile in question is described as a kinetic kill vehicle, which means it does not carry any explosives or other devices. Instead, its ‘kill’ capability arises simply from the fact that it smashes into the target satellite and shatters it using its kinetic energy.

At this altitude, about 300 km, experts said that debris from the collision would fall back to Earth, burning up in the atmosphere in a matter of weeks instead of posing a threat to other satellites. As a result, Mission Shakti is called a controlled ASAT test.

In contrast, the Chinese test in 2007 provoked international ire because it destroyed a satellite at a little over 800 km, producing over 14,000 pieces of debris that endangered hundreds of other satellites in its vicinity. The act violated the principles of the Outer Space Treaty.

With this test, India has become the fourth nation in the world with ASAT capabilities, after the US, Russia and China. The US conducted its first such test in 1985 and Russia, in 2015.

India’s ASAT programme, publicly acknowledged in 2012 when an Agni V missile’s parabolic trajectory took it up to 600 km in space, is subsumed under its Ballistic Missile Defence (BMD) programme, responsible for intercepting and destroying ballistic objects before they threaten Indian territories or assets. The BMD has two broadly defined target tiers, called endo-atmospheric and exo-atmospheric. Mission Shakti falls in the exo-atmospheric category.

While more details are awaited from the DRDO, it is possible that the organisation used a modified version of the Agni V missile for the task. In 2012, shortly after testing the Agni V, DRDO’s then chief V.K. Saraswat had said that the missile could be modified for use as an ASAT weapon.

However, LiveFist, a defence publication, reported that the vehicle was “an extended range derivative of the Prithvi Defence Vehicle”, and that it had been launched from “the Integrated Test Range in Odisha”.

In its 2007 test, China used a DF-21 ballistic missile equipped with an infrared seeker.

According to defence experts, the DRDO has had ASAT capabilities for almost a decade, developed under its BMD programme. Saraswat has acknowledged before that the DRDO was ready to perform a test in 2012, and then in 2014, if the Centre gave its go ahead. That it was finally conducted now, weeks ahead of the Lok Sabha elections, suggests Modi’s green-light was more political than strategic.

Depending on the situation, the BMD has two kinds of major targets: foreign missiles and satellites. One observer noted that India had successfully tested its anti-missile capabilities first and then proceeded to work on ASAT capabilities, contrary to China, which completed its ASAT tests first before proceeding to the anti-missile systems.

Even though both vehicles showcase extreme abilities to cause damage, intercontinental ballistic missiles (ICBMs) and ASAT missiles don’t work the same way. One engineer told The Wire that the BDM is more comparable to an ASAT system.

For example, intercepting an ICBM requires three kinds of radar: one each to detect, intercept and fire the rebutting weapon. An incoming ICBM also follows an inherently unpredictable trajectory that requires response systems with very low reaction times.

On the other hand, a satellite in low-Earth orbit follows a predictable trajectory. But that said, satellites at that altitude move at about eight times the speed of sound in the atmosphere, outpacing ICBMs by up to 1 km/s. Third, because of their speed and altitude, the object being sent to strike them needs to be very precisely guided. Even an error so small that an ICBM is not affected by it could throw an ASAT missile off course, potentially towards a different satellite.

Modi also noted in his speech that through Mission Shakti, India had not violated any international law. The most overarching agreement in this context is the Outer Space Treaty, and while it stresses on the peaceful use of outer space, it doesn’t ban exo-atmospheric ASAT missiles either.

ASAT weapons have yet to be used in war. In fact, all countries that have tested them have claimed thus far that they were developing ASAT technology to protect against dysfunctional satellites in uncontrollable descent.

However, it is difficult to see an ASAT missile as an entirely peaceful machine because of the tremendous consequences of its use as well as the sophistication of the underlying technology. For example, the Agni V missile that India tested in 2012 can also be used to quickly launch micro-satellites into low-Earth orbits for wartime reconnaissance. In this situation, keeping ASAT systems ready can allow India to knock enemy microsats down as a countermeasure.

If at all such a threat looms on India’s horizon, it is likely to be from China. One expert said that ASAT missiles are one of the most difficult to develop. They often succeed the development of other technologies, such as satellite launch vehicles, so Pakistan is unlikely to have ASAT capabilities.