Is ISRO Working on Three Reusable Rocket Designs at Once?

ISRO's recent announcements suggest it wants to secure a competitive advantage as quickly as possible in all segments of the launch services market: light, medium and heavy. 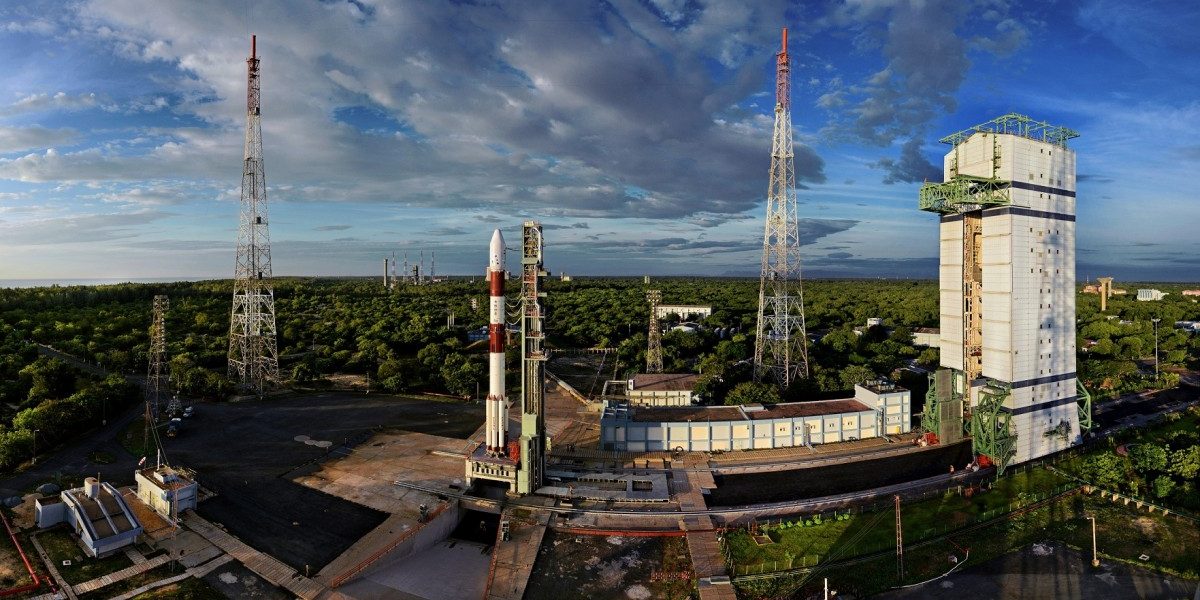 A panoramic view of the PSLV C35 at the first launch pad in Sriharikota. Credit: ISRO

The Indian Space Research Organisation (ISRO) is working on at least three different designs of reusable launch vehicles at the same time.

Together with its endeavours to increase the number of objectives per mission and deploy purpose-built rockets, it seems like ISRO wants to secure a competitive advantage as quickly as possible in all segments of the launch services market: light, medium and heavy.

Last week, ISRO chairman K. Sivan told Times of India that they will be soon testing a prototype two-stage rocket in which both stages will be recoverable after launch. Sivan’s specifications suggest that this project is in addition to, and not in relation to, two others aimed at building rockets with reusable parts.

The first project that ISRO began testing is simply called the Reusable Launch Vehicle (RLV). It is modelled along NASA’s Space Shuttle. However, differences include the fact that it will be powered by five semi-cryogenic engines during ascent and a scramjet engine during descent. When completed by around 2030, it will be able to lift over 10,000 kg to the low-Earth orbit.

ISRO doesn’t yet have a testable prototype in the second project yet. In fact, its details emerged only a month or so ago. Called ADMIRE, it envisions a small two-stage rocket the size of an L40 booster used on the GSLV Mk II. Its payload capability is not known.

But it is known that ADMIRE’s first stage will be recoverable after launch in similar fashion to the first stage of SpaceX’s Falcon 9 rocket. The second stage will be lost after delivering the payload, just like with the Polar (PSLV) and Geosynchronous Satellite Launch Vehicles (GSLV).

The third project, according to Sivan, involves a two-stage rocket. The first stage will be like ADMIRE’s first-stage. The second will resemble a smaller version of the RLV shuttle.

Reusable launch vehicles reduce cost by allowing space agencies to shave off the expense of the recovered stage for every subsequent launch. The only other expenses are capital costs for the infrastructure and a recurring refurbishment cost (which hasn’t been finalised yet).

Though the NASA Space Shuttle typified this paradigm for many decades, it was the Falcon 9 rocket that really popularised it. To SpaceX’s credit, it showed that reusable rockets didn’t have to be as large as the Space Shuttle and didn’t require infrastructure at that scale either. Since then, many space agencies – public and private – have been pursuing their own reusable launcher programmes.

However, why ISRO is pursuing three of them, if not more, at once is not clear. The payload capacities of the ADMIRE and the third project could help understand the organisation’s eventual plans better.

The RLV will be a heavy-lift vehicle, capable of lifting 10,000-20,000 kg to the low-Earth orbit. The second and third projects could be aimed at lower payload capabilities. This would explain their smaller sizes and they would also fit within ISRO’s broader programme of cashing in on the growing small satellites launch market.

The shuttle-like upper-stage of the third project has technically been tested. In May 2016, ISRO flew a scaled-down prototype of the RLV shuttle in a technology demonstration mission. The eventual upper stage is expected to have similar dimensions as the prototype.

However, there are some potential differences between the RLV shuttle and the third project shuttle. For example, the RLV shuttle is larger and will be powered by a scramjet engine during its descent. On the other hand, the third-project shuttle will – to use Sivan’s words – “glide back to Earth and land on an airstrip”.

Since such gliding will require a source of power, it is plausible that ISRO will tack on a scramjet engine to the shuttle stage as well. However, the vehicle’s potential use in lighter missions also suggests ISRO will want to keep the vehicle as light as possible.

ISRO successfully tested its scramjet engine in August 2016, atop an Advanced Technology Vehicle (ATV), essentially a modified version of the RH560 Rohini sounding rocket. An official press release had said that the time that the ATV and scramjet engine together weighed 3,277 kg. Since the RH560 weighs 1,300 kg, the scramjet weighs around 1,900 kg.

In sum, if the third project uses the ADMIRE vehicle’s first stage, then it would work the following way.

First, the two-stage rocket will take off. Once the first stage is exhausted, it will separate from the second stage, glide through the air until it is suitably over the spot it has to land on (in the Bay of Bengal), and descend using retrograde thrusters.

By this time, the second, shuttle-like stage will have reached a suitable altitude at which to deploy the payload. Once that is done, the shuttle will glide back down, similar to the first stage, and descend on an airstrip.

Apart from these tests, ISRO has also been working on accomplishing more per mission itself. During the PSLV C34 and C35 missions, the organisation showed off the rocket’s ability to launch satellites into multiple orbits at different altitudes.

Also read: As ISRO Works on Human Spaceflight, a Glimpse of Its Challenges From 45 Years Ago

The PSLV C44 mission will do something similar. On January 24, it will lift off with two satellites: the Microsat-R, an imaging satellite built by the Defence Research and Development Organisation, and a student-built satellite called Kalamsat.

After launching Microsat-R, the rocket’s fourth and uppermost stage will climb into a higher, more circular orbit. There, Kalamsat will switch on and use the orbiting stage as a platform to perform some experiments in space.

Finally, later this year, ISRO will conduct the first test flight of its planned Small Satellite Launch Vehicle. It will be a three-stage rocket partly derived from the PSLV, and capable of carrying 300 kg to a Sun-synchronous orbit and 500 kg to the low-Earth orbit.

Its USP is that it can prepared for launch within 72 hours, rendering it highly available – in much the same way ISRO itself wants to be.