The ambitious project will be an extension of the Gaganyaan mission. 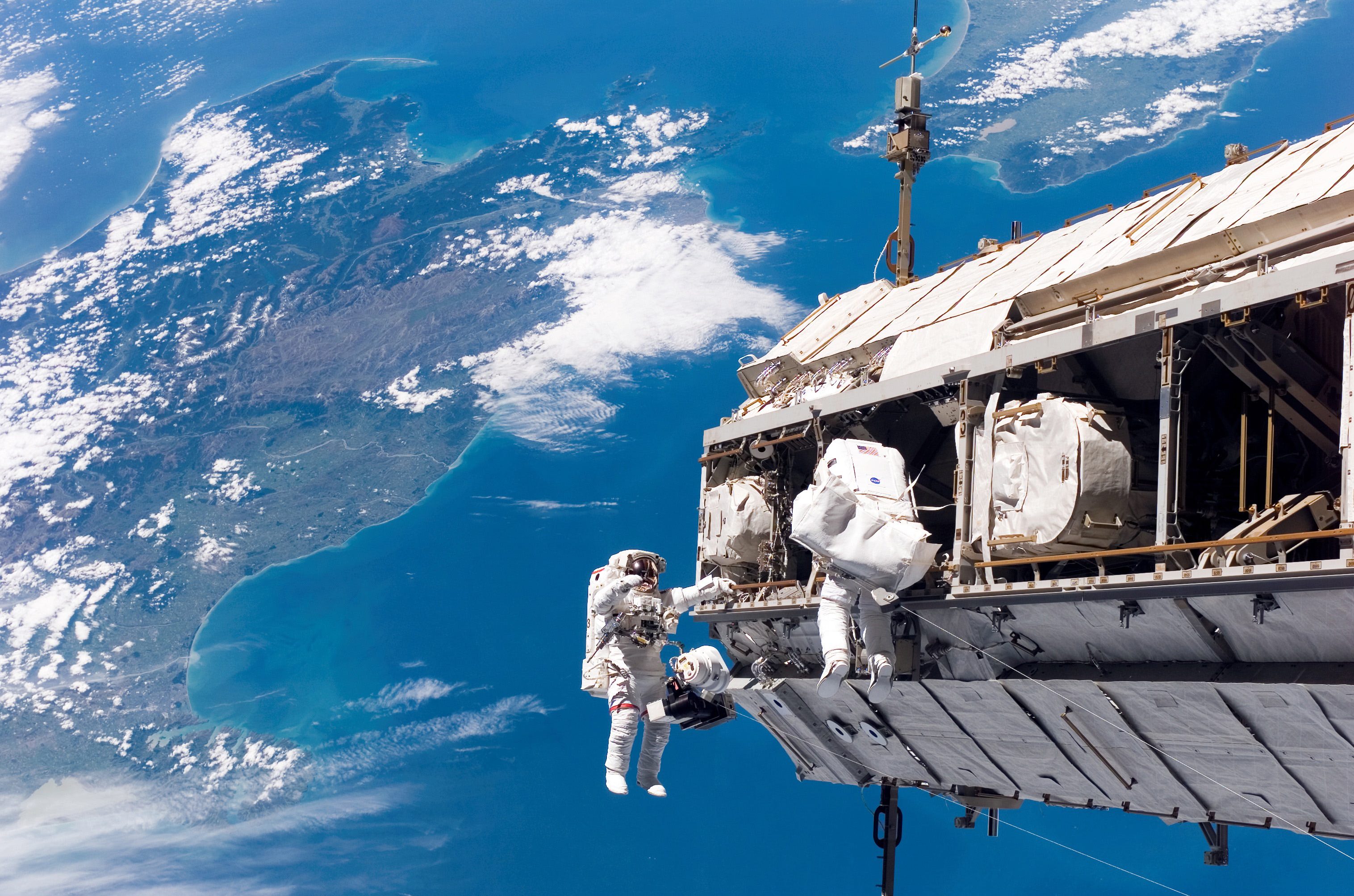 Astronauts conduct a spacewalk outside the International Space Station in December 2006. Credit: NASA

New Delhi: A day after announcing the launch of the Chandrayaan 2, the Indian Space Research Organisation’s (ISRO’s) second major Moon mission, its chairman K. Sivan announced on Thursday that India is planning to launch its own space station in the next decade.

The only countries that have had space stations so far are the US, China, Russia and a coalition of countries that own the International Space Station.

The ambitious project will be an extension of the Gaganyaan mission. “We have to sustain the Gaganyaan programme after the launch of (the) human space mission. In this context, India is planning to have its own space station,” Sivan told reporters here.

The first unmanned Gaganyaan mission is planned for December 2020 and the second flight with a crew is targeted for some time in 2022. The government has set aside a budget of Rs 10,000 crore for this mission.

The Indian Air Force is expected to select 10 potential candidates to be India’s first astronauts (to be launched on an Indian mission) in the next two months. ISRO will then shortlist three names from that list to train and fly on Gaganyaan.

The deadline for the launch of the  Indian space station, which ISRO has said it will build and operationalise on its own without any foreign collaborations, has currently been set for 2030. The Hindu reported that ISRO plans to submit a “detailed project report” to the government shortly after Gaganyaan is completed.

According to NDTV, it is expected to weigh 20 tonnes, and will be able to host an unspecified number of astronauts for two to three weeks at a time. Apart from life support systems, the station is expected to be equipped to perform microgravity experiments. Per The Hindu, it will orbit Earth at an altitude of around 400 km.

Sivan has been alluding to the use of a space station since at least the start of this year. The word ‘space station’ doesn’t find mention in the organisation’s latest annual report, for 2018-19, however. Today is the first time Sivan has categorically announced that India will commit to build and use a station. 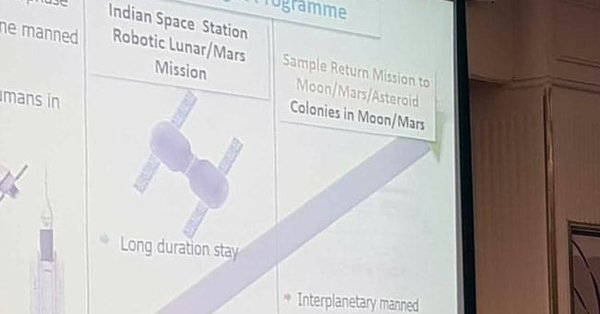 There had been doubts earlier about what ISRO planned to do after developing human spaceflight capabilities. While a space station is one logical extension, another being sending Indians to the Moon, there isn’t much clarity on what the long-term plan of action is.

Overall, neither Sivan nor ISRO have hinted at the presence of a roadmap of future missions.

ISRO is also expected to ready its shuttle-like reusable launch vehicle by 2030, expected to be able to carry 20,000 kg to the low-Earth orbit, where the station itself will be stationed.

The International Space Station (ISS) has been operational since 2000; the first astronauts occupied it in November of that year. It is expected to be retired by 2024 and decommissioned by 2030.

After 2024, China’s Tiangong is likely to be the only crewed space station in the fray, at least until India’s station takes to the skies. In that period, China and Pakistan have already drafted a plan to fly a Pakistani astronaut onboard.

Earlier this week, the Chinese space agency also announced that it had accepted six international science experiments and conditionally accepted three others to be perform onboard Tiangong. Two of them have Indian participation.

In 2016, there had been rampant speculation that ISRO was mulling participating in the ISS. However, NewSpace India wrote on The Wire at the time that it was not likely because such participation is a very cost-intensive exercise. Excerpt:

From a partner-country perspective, let’s take the example of Japan. The annual running costs for the Japanese Experiment Module will be totally around $350-400 million (almost half of ISRO’s annual budget). Which means that if India has to participate meaningfully and do some interesting science, ISRO will need an almost 50% hike (to Rs.3,500 crore) in its budget. Although this is one-tenth of the cost of having our own manned space programmes, this is also the cost of having 50 Mars Orbiter Missions a year!