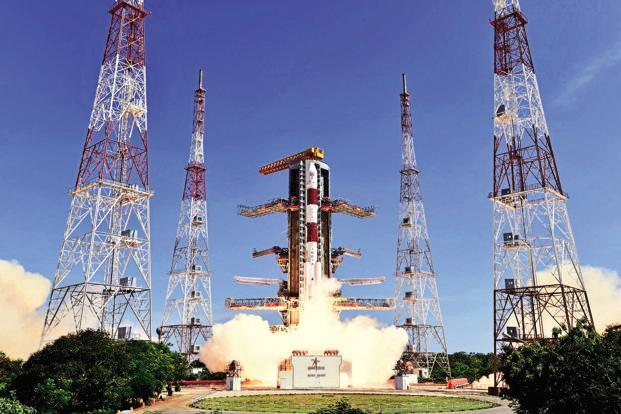 In a flawless mission, Indian Space Research Organisation’s (ISRO) workhorse Polar Satellite Launch Vehicle PSLV-C36 blasted off at 10:25 a.m. from the spaceport at Sriharikota in Andhra Pradesh and injected the satellite into orbit after a flight of 17 minutes and five seconds.

“It has been a perfect launch,” ISRO Chairman Kiran Kumar said.

The satellite, once brought to its final operational configuration, will begin to provide imagery from its three cameras and the data will be useful for agricultural applications.

It is intended to continue the remote sensing data services to global users provided by RESOURCESAT-1 and 2.

ISRO said PSLV-C36, the 38th flight of PSLV, blasted off from the First Launch Pad at Satish Dhawan Space Centre with the ignition of the first stage.

After a flight of 17 minutes and five seconds, the vehicle achieved a polar sun-synchronous orbit of 824 km height inclined at an angle of 98.725 degrees to the equator (very close to the intended orbit) and 47 seconds later, RESOURCESAT-2A was separated from the PSLV fourth stage.

After separation, the two solar arrays of RESOURCESAT-2A deployed automatically and ISRO’s Telemetry, Tracking and Command Network (ISTRAC) here, took over the control of the satellite.

ISRO said in the coming days, the satellite will be brought to its final operational configuration, following which it will begin to provide imagery from its three cameras.

Kumar said the satellite is going to provide continuity to “our three tier imaging data, which will be extremely useful for various applications of land and water.”

“I wish to congratulate the entire ISRO team for the wonderful job they have done and for putting one more operational satellite into orbit,” Kumar said.

The mission life of RESOURCESAT-2A is five years.

The satellite was earlier planned for launch on November 28.

AWiFS provides images with a sampling of 56 metres, a swath of 740 km and a revisit of five days whereas the LISS-3 provides 23.5 metre sampled images with 141 km swath and a repeativity of 24 days, it said

RESOURCESAT-2A also carries two solid state recorders with a capacity of 200 giga bits each to store images taken by its cameras, which can be read out later to ground stations.

In this flight, the ‘XL’ version of PSLV with six solid strap-on motors was used.

The total number of satellites launched by PSLV, including today’s RESOURCESAT-2A has now reached 122, of which 43 are Indian and the remaining 79 are from abroad.