After GSLV Mk III Cruises to Success, ISRO Is Back to Its Hectic Schedule

The D1 mission has injected the GSAT-19 communications satellite into a geostationary orbit. It carries Ka-/Ku-band transponders, an indigenous lithium-ion battery and the GRASP instrument. 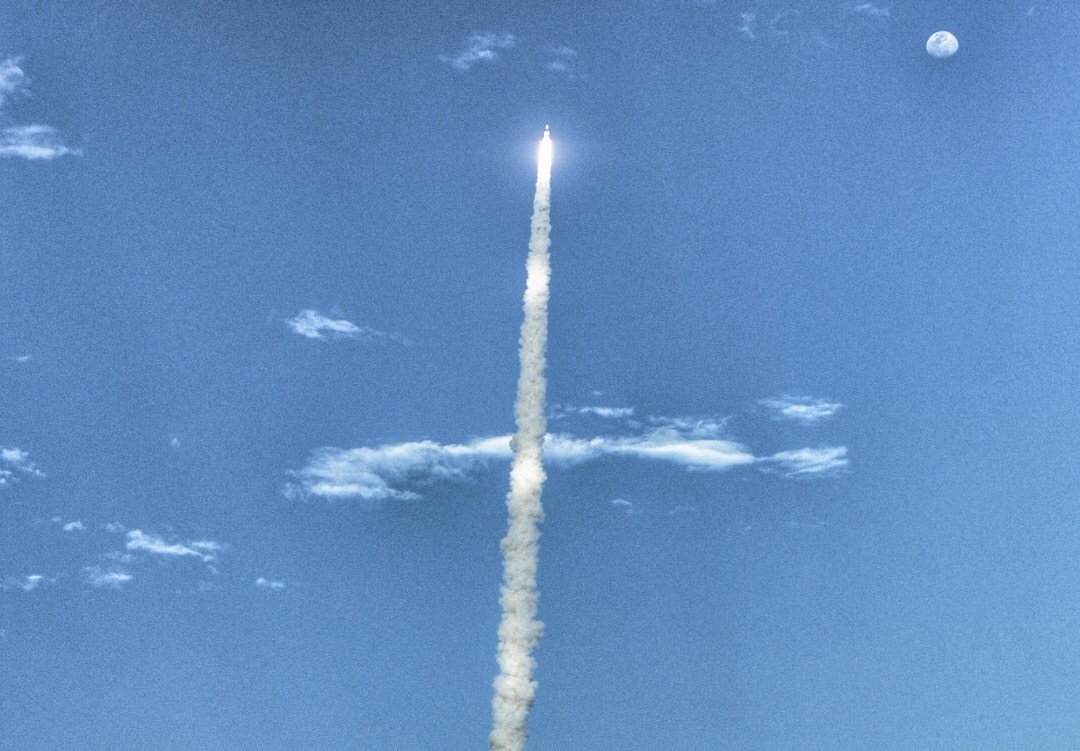 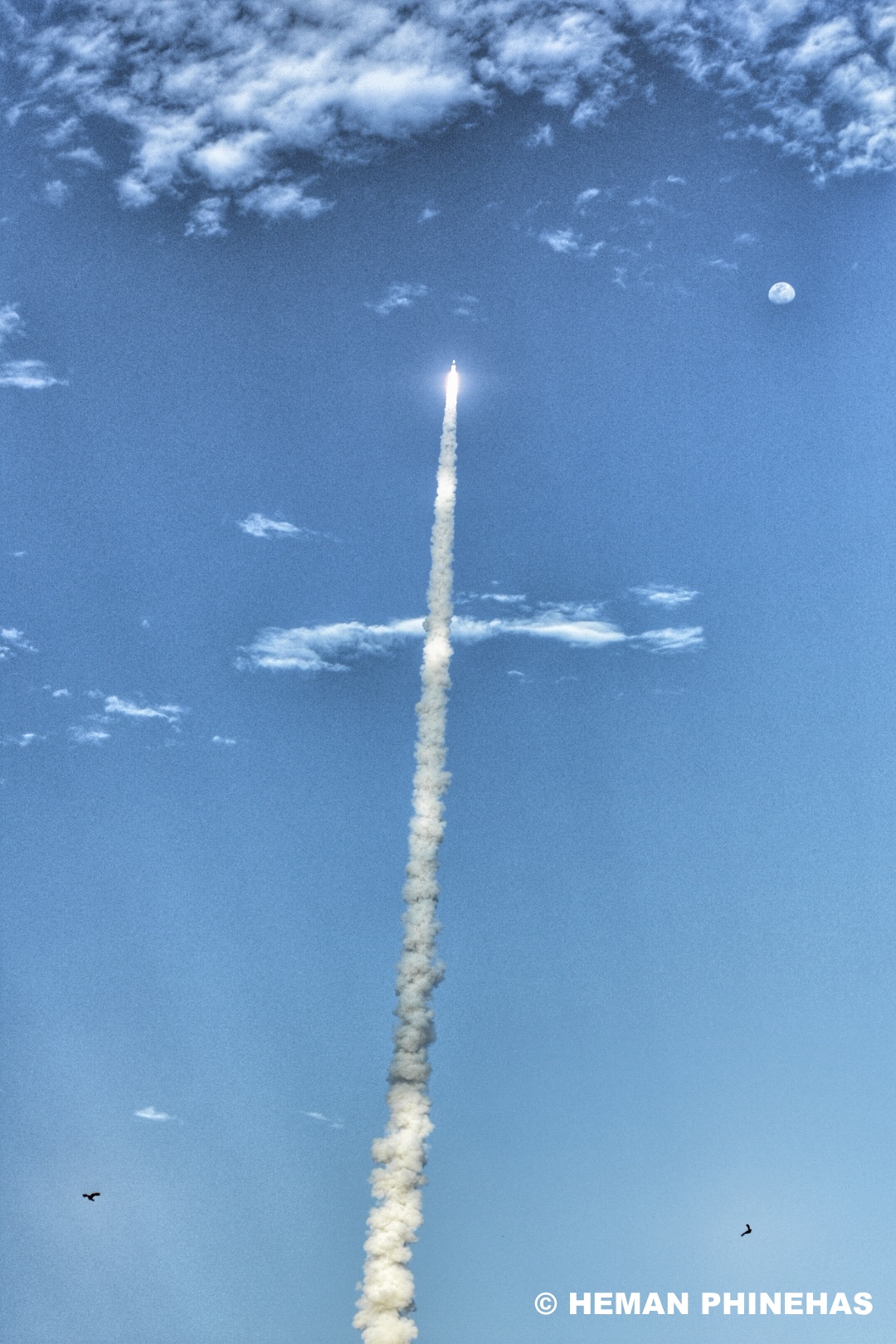 Bengaluru: At 5:28 pm on June 5, the Indian Space Research Organisation successfully launched its GSLV Mk III launch vehicle from its spaceport in Sriharikota, Andhra Pradesh. A little less than 1,000 seconds later, the mission, designated D1, was declared a success after the rocket injected the GSAT-19 satellite it was carrying into a geostationary orbit.

More than the satellite itself, the D1 mission (for ‘developmental flight’ 1) will be celebrated for being the first official success of the CE20 cryogenic engine. A peach of a deal with a company in the erstwhile Soviet Union fell through in the late 1980s, which would have given Indian scientists access to the KVD-1 cryogenic engines and the know-how to operate them for just Rs 230 crore, fell through after the US intervened. As a result, an engine – and the rocket for it – that should have been deployed in the 1990s were not until the 2010s.

The Mk III is a three-stage rocket. The first stage comprises two solid-fuel motors called the S200. The second stage is the liquid-fuel powered L110 engine. The third stage is the CE20 cryogenic engine (alternatively, the C25 cryogenic stage). The CE20 engine combusts liquid hydrogen and liquid oxygen to generate almost 200 kN of thrust. The Mk II variant of the GSLV has the same build but uses the CE7.5 cryogenic engine, which is not completely indigenous.

The D1 mission, originally supposed to happen in December 2016, has injected the GSAT-19 high-throughput communications satellite into a geostationary orbit. GSAT-19 carries Ka- and Ku-band transponders, as well as an indigenous lithium-ion battery and an instrument called the Geostationary Radiation Spectrometer (GRASP). According to ISRO, GRASP will “monitor and study the nature of charged particles and the influence of space radiation on satellites and their electronic components”. The satellite weighed 3,136 kg at launch.

The organisation has already announced that it is going to work towards launching two Mk II missions every year. This goal is inclusive of its target of launching 12 missions a year overall (i.e. including the Polar Satellite Launch Vehicle’s missions) by 2020. Three launches were earmarked for June 2017 alone: after today’s Mk III launch, ISRO will launch a Cartosat-2 series satellite (onboard the PSLV C38 mission) on June 23 and then the GSAT-17 satellite on June 28.

The Mk III can launch three-four-tonne-class satellites into the geostationary transfer orbit (GTO), the orbit of interest to communication and navigation satellites. However, since ISRO won’t be able to ready another Mk III again by June 28 to launch the GSAT-17, it will be launched by an Ariane 5 rocket from French Guiana.

After the D1 mission was declared complete, ISRO chief A.S. Kiran Kumar told mediapersons that the upcoming launch schedule would keep them busy, affording little time to linger on today’s success. Beyond ramping up the launch rate itself, his colleagues stated that ISRO will also have to get working on launching six-tonne satellites in the future. One way to this is to build a semi-cryogenic engine, dubbed SC200. The organisation signed a deal with a Ukrainian company in 2006 to obtain the initial blueprints.

In the longer term, ISRO has also initiated projects to help reduce launch costs. Its scientists and engineers have been working towards building a reusable launch vehicle – or RLV – by 2030. It will be able to carry more 10,000 kg to the low-Earth orbit, inject its payloads and return to ground, to be reused. This ability is expected to bring down launch costs by 10 times. Another project to make missions more cost-effective is to engineer a cheaper, but equally reliable, variety of steel to use to make its rockets’ boosters.

As The Ken reported, eight ISRO satellites launched onboard Ariane rockets between 2005 and 2016 cost the organisation almost Rs 4,200 crore. Rockets like the Mk II and Mk III are expected to help reduce these expenditures. At the same time, if ISRO is able to demonstrate that they are reliable, they also can also make for a potential revenue source as affordable medium-lift vehicles targeted at countries that need a satellite launched but don’t have the launcher for it.