China, Clearly a Country in a Hurry When It Comes to Space

We should not forget that if the Chang’e 4 was landing on the Moon, a NASA spacecraft was sending us photographs of an object 6.5 billion km away. 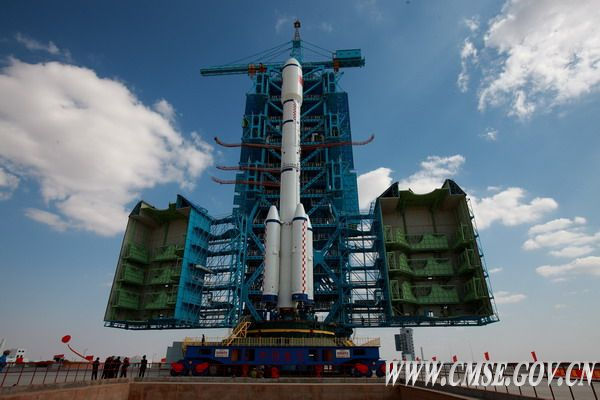 The Soviet Union’s Luna 2 mission reached the Moon – the first human-made object to do so – in September 1959. The first crewed mission, that of the US, came about almost exactly a decade later, in July 1969. After that, there were six more human landings and many uncrewed ones. But there were no more soft landings between August 1976 and December 2013, when China’s Chang’e 3 mission soft-landed on our natural satellite.

In terms of novelty, what is unique about Chang’e 4 is that this is the first time a space vehicle has landed on the far side of the Moon. This was a significant achievement because it is not possible to communicate directly with the spacecraft; signals have to be relayed through another satellite near the Moon and ‘visible’ from Earth. In the mission’s final phase, Chang’e 4 had no remote support and the crucial deceleration process had to be programmed in advance. As technical achievements go, of course, this does not quite compare with America’s spectacular human spaceflight missions.

But despite its past interest, the US and Russia don’t seem too interested in exploring the Moon. Currently, the Chinese and Indians are the ones doing that, suggesting there may not be much direct scientific or technological benefits to doing so. The Google Lunar XPrize competition to promote privately funded options failed and its $30 million award remains unclaimed.

Also read: Five Human Spaceflight Missions to Look Forward to in the Next Decade

Writing on the benefits of going back to the Moon, Nathan Wong, a consultant for the Lunar XPrize listed science, power, water, analogue demonstration and launch port capability as the potential benefits. However, all of them are clearly well into the future and do not seem to evoke much interest at the moment.

In 2013, at the time when Chang’e 3 made the first soft-landing on the Moon in decades, Ouyang Ziyuan of the department of lunar and deep space exploration in China rationalised the Chinese programme thus:

As for direct benefits, Ziyuan spoke of a future with manufacturing processes that could benefit, for example, from belts of highly efficient solar panels on orbit to produce power for those below. But any of these, or others besides, are decades away from being realised.

So, in essence, the Chang’e 4 mission was a prestige project, with the important goal of enthusing a Chinese space programme that has been growing by leaps and bounds and – like its American and Russian counterparts – has a military component as well. It has, as we noted, developed important IT-related capabilities, it presumes a certain launch vehicle capability for China and an ability to launch complex satellites.

Perhaps the most important project in the near horizon is the Chinese space station, under the Tiangong programme. China launched its first space laboratory, the Tiangong 1, in 2011, and Tiangong 2 in 2016. By 2020, it hopes to establish a multi-module space station weighing some 60 tonnes with the ability to support three astronauts for long-term habitation.

China also announced in 2017 that it would send astronauts to the Moon. Of course, it has already been the third country to independently send a human into space (Yang Liwei’s successful 2003 flight aboard Shenzhou 5). Since then, there have been five more missions that have carried a total of 12 astronauts, including two to its first space station, Tiangong 1.

But these are the high-profile programmes. China has a number of scientific as well as workhorse satellites with both military and civilian applications. Among the better known is the Beidou navigation satellite system, which already has a constellation of some 60-70 satellites. It also has a well-rounded launch vehicle programme with the Long March 5 rocket being the latest, capable of hoisting satellites of 25 tonnes to low-Earth orbit, 14 tonnes to the geostationary transfer orbit and 8 tonnes for trans-lunar injection. (The GSLV Mk III can carry 4 tonnes to the GTO.)

Also read: The Major Indian and International Space Missions to Look Out for in 2019

Unlike the Indian programme, and like those of the US and the Soviet Union, China’s space programme has its origins in the development of ballistic missiles in the 1950s. In 2007, China carried out an anti-satellite missile test that successfully destroyed an old weather satellite. In 2013, it carried out a test of a manoeuvring satellite that “captured” another satellite.

China is clearly a country in a hurry when it comes to the space programme. Just 15 years after the first Shenzhou carried a man into space, it now is on the verge of establishing an orbiting space station. While many of its space endeavours are for routine things like communications, meteorology and remote-sensing, there are missions that are to “show off” technology and, of course, military applications.

The next decade could see a greater militarisation of space. After all, the US just last year revealed plans to create a Space Force, which it says it needs because its adversaries (read: China and Russia) have made space a war-fighting domain. But the US remains number one, and we should not forget that if the Chang’e 4 was landing on the Moon, a NASA spacecraft was sending us photographs of an object 6.5 billion km away.

Manoj Joshi is a distinguished fellow at the Observer Research Foundation, New Delhi.