Are ISRO and India Willing to Do What It Takes to Make It in Space?

In order to keep up with the rest of the world, our space programme needs to be closely integrated with our commerce. 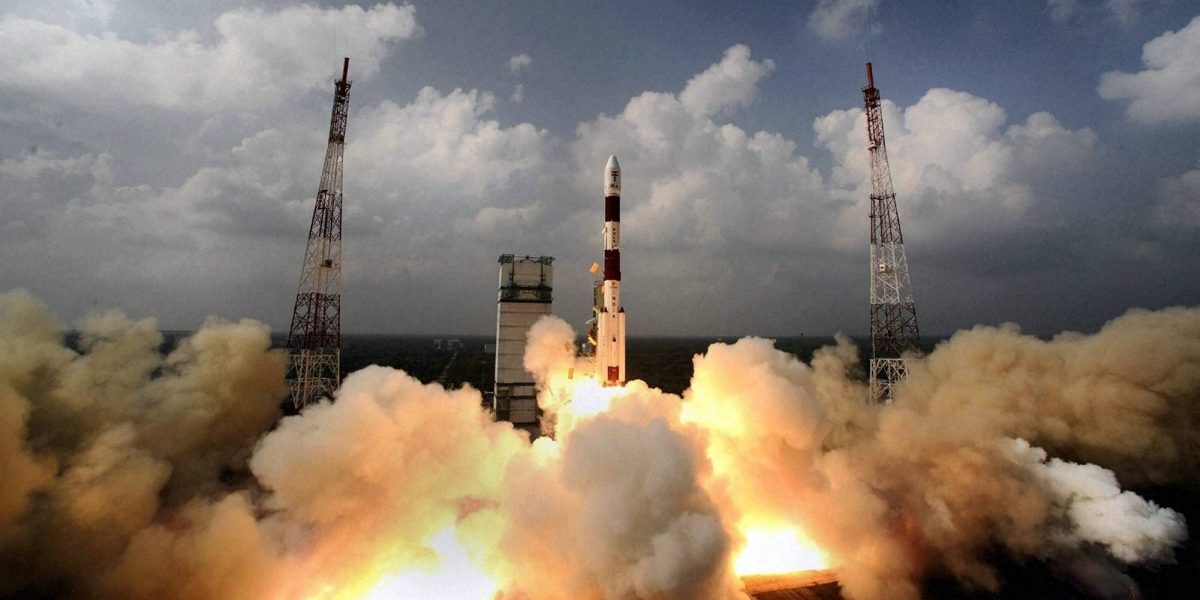 The next 20 years could see the dawn of a new space race. Image: PTI

July 20 is a historic day. On this day in 1969, US astronaut Neil Armstrong took the first steps on the moon. Mankind had taken a huge leap. We were stepping on the very celestial bodies that had been the foundation of civilisations and religions. In a sense, man was walking in the house of God.

Although India is a young country (we only got our independence on August 15, 1947), we are a space power despite our relative poverty. When we started out, our founding fathers invested in science and technology due to the confidence we had in our scientific abilities. As a result, the Indian Space Research Organisation (ISRO) has many feathers in its cap.

Our space and defence programmes are quite integrated. Our whole scientific establishment encompasses civil organisations like the Indian Meteorological Department (IMD), the National Institute of Ocean Technology (NIOT), National Remote Sensing  Centre (NRSC) and Space Application Centre (SAC). Our civil military defence industrial complex has been able to sample the earth and look deep into space; we are the worlds cheapest satellite launchers in the world; we build our own satellites and rockets. India is the envy of many other countries. These are all the trappings of a super power.

The future also looks bright. We are one of the few countries to have sent a satellite to Mars (Mangalyaan). We have sent a probe to the moon (Chandrayaan), and are planning to send another probe, Chandrayaan II, soon. ISRO is planning to set up a space station within a decade, and is setting up a human space flight centre in Bangalore.

The next 50 years are going to be absolutely revolutionary in space. It has already spun-off technologies that we could never imagine. We are travelling faster than ever, we have seen the creation of the portable computer and development in medicine, food preservation, signals, imaging technologies, weather forecasting, climate change studies and astronomy. The list goes on and on.

For India too, space had delivered amazing dividends: telecommunications, agriculture, weather and climate change, defence and ocean technology. As a space power, we fundamentally manage our own resources and are not dependent on anyone.

But the next 50 years are going to be very different. It seems that space travel is going to become cheaper. Private companies and individuals will explore space. It is private enterprise that is going to lead. For instance, the National Aeronautical and Space Administration (NASA) is planning to use private companies like Elon Musk’s Space X and Jeff Bezos’s Blue Origin for satellite and manned space launches in the future. Blue Origin is already planning lunar modules. The private sector is working on reducing costs by making reusable rockets. Richard Branson’s Virgin Galactic will take you on a trip to a low earth orbit for $250,000.

Maybe in the next 20 years, we are also looking at some kind colonisation of space. And the dawn of a new space race. A race that will activate the most basic of human concepts, nationalism. It will be like the race for colonies. In the 17th-18th century, the one that conquered the sea also conquered the world; in the next 50 years, the battleground will be space and countries will compete.

This where India needs to make an institutional adjustment. India’s future in space is dependent on how we conceive of it. So far, we see space as a tool for nation-building that is purely the preserve of the government. Almost like a Soviet-style programme.

Our space programme needs to be closely integrated with our commerce. We need to have a mandate for spin-offs. Let me ask you a question: the next 10 years is going to be about 5G networks and self-driving electric cars; where is India in all this? We don’t have a single 5G network manufacturer and are unable to build self-driving cars or even good reliable electric cars.

China and the US are leading by miles, and it seems that China is ahead of the US. We have been reduced to franchises choosing a platform, just the way we have adopted Google, Netflix, Facebook, Airbus and Boeing. In the future, we will be dealing with a new type of colonialism, where we end up paying a Google or Facebook tax, or may be a Blue Origin or SpaceX tax. We don’t have a major chip fabrication unit till date.

Also read: As China Surges Ahead in Space, India and Japan Band Together to Keep Up

If you see the last 10 years, the story has been about low earth orbiting satellites (LEOS). There are companies like Planet Labs and SPIRE that have dotted the sky with hundreds of cubesats. Only this past month in May, SpaceX in its Starlink programme launched 60 satellites in one go. And another 24 satellites only yesterday.

Where is India in all of this? In fact, we are very much there. India’s PSLV-4 is the cheapest launch vehicle for satellites in the world. ISRO is actually the preferred partner for Planet Labs.  The irony is that if Skymet, as a private company, wanted to put a constellation of weather and agri-remote sensing satellites in space, we can’t hitch a ride on it. The only Indian company that has put a satellite in space is the Mumbai-based Exceed, which used a SpaceX Falcon 9 rocket to park in space on December 5 2018.

There is another Bangalore-based company that is planning to put a constellation of 24 cubesats in space. But here is the kicker: they are planning to use a foreign launcher and a foreign ground station to receive the data. Both Indian companies are disconnected from our own space set up. Very much in the way Skymet is disconnected from the IMD, although we are solving the same problems.

Our space, both civil and defence, need to be connected with our commerce. Skymet does a lot of work in weather, climate and agriculture. We have established a large sensing network, we work with drones, lightening and crop sensors. I want to put a dedicated network of satellites over the Indian Ocean to improve weather forecasting as well agricultural remote sensing. The market for this data is big enough, and there are paying customers.

But there is no legal framework under which this could be done (although a draft space bill is ready, it has been on the anvil for a long time). ISRO has actually worked with universities; SRM University has put a satellite into space. But nothing really of scale has happened. And if I want to do this now, I will deploy our hard-earned capital in a foreign country, invest in foreign technology to get Indian data. What a waste!

Also read: Is ISRO Working on Three Reusable Rocket Designs at Once?

Just look at India’s UAV industry, which has been fledgling for over a decade and a half. Many young entrepreneurs started at the right time, in the early 2000s, only to be bogged down by the lack of institutional support, and a legal framework. In the meanwhile, from a position of leadership, we have been relegated to a position of importers of Chinese equipment.

If we don’t make these changes, we will become forever franchises, we will never be able to build the technologies of the future. We will only wait for a platform and then get onto it.  The problem is the institutional attitude.

I will borrow from the Greek Pantheon to explain: Think of the government of India as the Greek goddess Gaia. She is the ancestral mother of all life: the primal Mother Earth goddess. The scientific establishment (IMD) is more akin to Cronus (the son of gods Uranus and Gaia; who is prophesied to be killed by his own son. Though he fathers the gods Demeter, Hestia, Hera, Hades and Posiedon – akin to companies like Skymet – by Rhea, he eats them all as soon as they are born to prevent the prophecy. In the myth, it is Zeus, the one son who escapes, who takes revenge on Chronus). And it is Gaia that helps Zeus in the end.

If this is truly an Asian century, then it should be our endeavour that the first person to set foot on Mars is an Indian, the first flag is the tricolour, and the first manned mission is completely Indian. This can only be done if the companies work in partnership with the government.

And if we don’t, we will forever be franchises, customers, markets but not leaders. India needs to own space in the way Britannia used to own the seas. Nothing less. Space is India’s manifest destiny. Let’s take it.

This article was originally published on the author’s LinkedIn page and is republished here with permission.