After Big Launch, ISRO Gunning for Mars and Venus With France, US Help

The second mission to Mars is tentatively slated for a 2021-2022 timeframe and, per existing plans, it may involve putting a rover on the surface of the red planet. 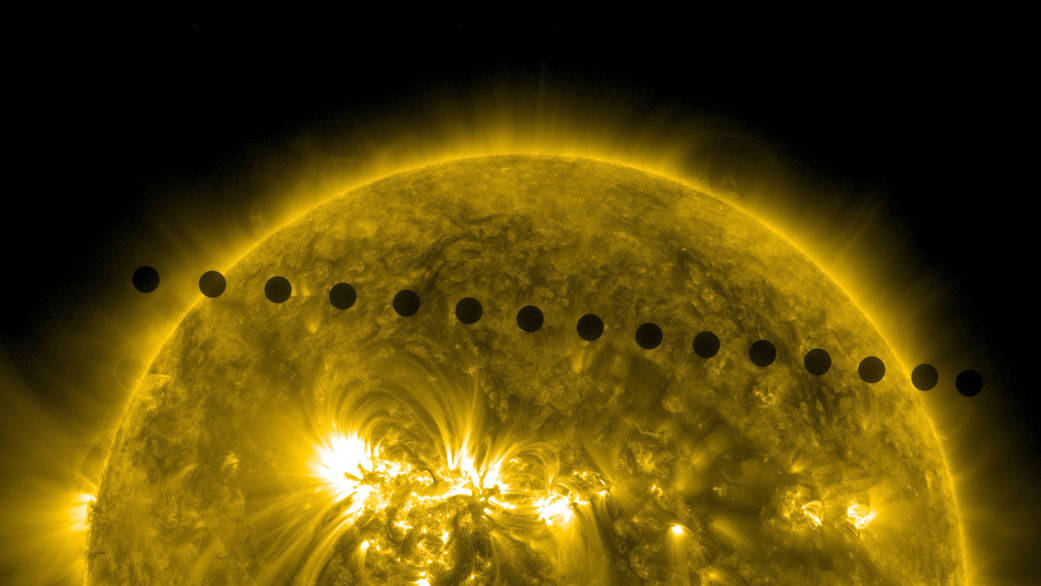 A sequence of images taken by the NASA Solar Dynamic Observatory of the Venus transit, merged together to show the path of Venus across the Sun. Credit: NASA/SDO

Buried and hidden in the hundreds of pages of the new format electronic budget documents is the first formal acknowledgement by the government about two new interplanetary missions to Earth’s immediate neighbours, planned by the Indian Space Research Organisation (ISRO). This news comes ahead of ISRO’s attempting to undertake a launch where it will drop off 104 satellites into space, at 9:28 am on February 15.

Finance minister Arun Jaitley gave the Department of Space a 23% increase in its budget. Under the space sciences section, the budget mentions provisions “for Mars Orbiter Mission II and Mission to Venus”. The second mission to Mars is tentatively slated for a 2021-2022 timeframe and, per existing plans, it may involve putting a rover on the surface of the red planet.

While India’s first mission to Mars undertaken in 2013 was a purely Indian mission, the French space agency wants to collaborate in making the Mars rover. In fact on a visit to India this month, Michael M. Watkins, director of the Jet Propulsion Laboratory of NASA, said they would be keen to at least put a telematics module so Nasa’s rovers and the Indian satellites are able to talk to each other.

The second Indian mission to Mars is likely to be all about doing good science since the first one was a technology demonstrator.

India’s maiden mission to Venus is likely going to be a modest orbiter mission. Watkins said a mission to Venus is worthwhile as so little is understood about that planet and NASA would definitely be willing to partner in India’s maiden voyage to it. Towards that, NASA and ISRO have already initiated talks this month on trying to jointly undertake studies on using electrical propulsion for powering this mission. Former ISRO chairman K. Kasturirangan says, “India should be part of this global adventure and exploring Venus and Mars is very worthwhile since humans definitely need another habitation beyond Earth.”

Closer home, on its 39th launch on February 15, ISRO’s PSLV rocket will lift off carrying 1,378 kg of payloads. Some experts are suggesting that in a bid to earn money, ISRO is actually contributing to the creation of space junk as the numerous nanosatellites onboard are not very useful.

But Laura Grego, a senior scientist with the Global Security Program, Union of Concerned Scientists, Massachusetts, says, “I think that these launches can be done responsibly and provide benefits to all people. Developing a culture of responsible space launch and operations is key as more and more countries become space-faring. While the number of countries that can launch satellites independently is still quite small, many dozens of countries own and operate satellites.”