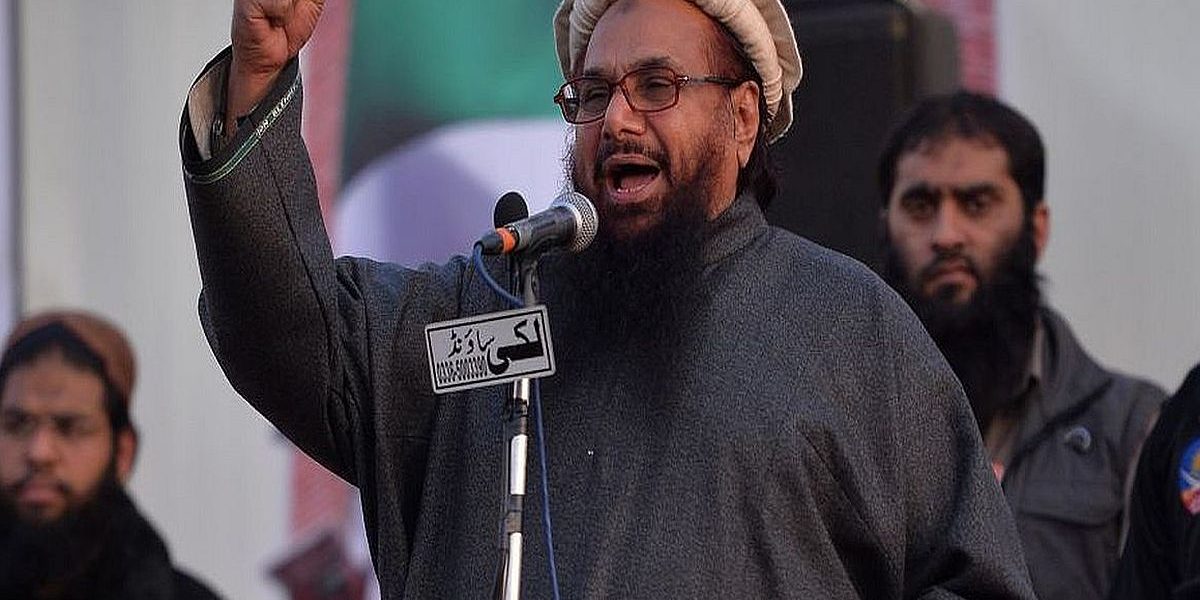 (FILES) This photograph taken on February 5, 2016 shows Pakistani head of the banned organisation Jamaat-ud-Dawa (JuD) and alleged mastermind of the 2008 Mumbai attacks, Hafiz Saeed (C) addressing a gathering during a protest to mark Kashmir Solidarity Day, in Islamabad. Pakistan has ordered the detention of the leader of a group linked to the 2008 Mumbai attacks, which killed 166 people, according to a directive from the interior ministry seen by AFP on January 30, 2017. Hafiz Saeed, leader of the charity Jamaat-ud-Dawa and who has a $10 million US bounty on his head, is to be placed under "preventative detention", according to the order. / AFP PHOTO / AFP FILES / AAMIR QURESHI

Mumbai terror-attack accused Hafiz Saeed has been sentenced to 10 year in prison by an anti-terrorism court in Pakistan in two terror financing cases.

These two cases are in addition to the two he was sentenced for in July last year.

Along with Saeed, two of close aides — Zafar Iqbal and Yahya Mujahid — have been sentenced to 10 and a half years each.

This sentencing by Pakistan’s court comes after the Paris-based global money laundering and terrorist financing watchdog – the Financial Action Task Force – said weeks ago, that they want to retain Pakistan on its grey list till February 2021.

FATF said this because Islamabad failed to fulfil its six key obligations.

One of the obligations included action against India’s most wanted Hafiz Saeed and Maulana Masood Azhar.

But until February 2021, because of its grey list status, it will be difficult for the country to get financial aid from the International Monetary Fund (IMF), World Bank, Asian Development Bank (ADB) and the European Union.