Explained: Is the US-Taliban Accord Already Doomed?

Terrorists' transnational capability may remain intact as the US decides to disengage by accepting terrorism as “a persistent condition”.

Mullah Abdul Ghani Baradar, the leader of the Taliban delegation, signs an agreement with Zalmay Khalilzad, US envoy for peace in Afghanistan, at a signing ceremony between members of Afghanistan's Taliban and the US in Doha, Qatar February 29, 2020. Photo: Reuters/Ibraheem al Omari

For two decades Afghanistan has represented the centre of American strategic involvement. But with the signing of the ‘Agreement for Bringing Peace to Afghanistan‘ between the Islamic Emirate of Afghanistan, which is not recognised by the United States as a state and is known as the Taliban, and the US, a determined adversary became an ally overnight.

Saturday’s Doha accord was the culmination of nearly eighteen months of negotiations between the Taliban political chief Mullah Abdul Ghani Baradar and the US, represented by special envoy Zalmay Khalilzad, by keeping the legitimately elected government of Ashraf Ghani out of the process. Through the negotiations and even right up to the signing of the peace accord, with violence being its main leverage, the Taliban refused to a ‘cease-fire’.

Rather a mere seven-day “reduction in violence” forms the footing for a deal with the deadliest militant group in the world. It is what constitutes an outline for the US to get ‘out of the nation-building process’ and deliver on a 2016 campaign promise that US President Donald Trump can brag about in the upcoming 2020 US presidential elections. Being touted as a great success of American diplomacy by some quarters, the peace deal with the Taliban, whose chief ally is the Haqqani network, has, in fact, revealed with a shudder, the erosion of American resolution and attitudes, which the challenge of the Taliban’s tenacity of terrorist attacks has effected.

The foremost theme of the accord is the complete withdrawal of the US and Coalition forces from Afghanistan in a phased manner within 14 months. Withdrawal from five US coalition bases is conditional. ‘Expeditiously’ by March 10, the US would release up to 5,000 Taliban prisoners. The US will engage diplomatically with the UN for the removal of sanctions against the Taliban by May 29, as also US sanctions by August 27. The US will no longer use force in Afghanistan or intervene in its domestic affairs. This will markedly reduce Washington’s scope in the country.

The Taliban’s end of the bargain comprises the second part of the Doha accord. This section basically states that the Taliban will not allow any individuals or groups, including al-Qaeda, which pose a threat to the US and its allies from operating on Afghan soil. The third section is an assurance by the US that it will try to accord international legitimacy to the Taliban, firstly by ensuring the endorsement of the Doha Accord by the UN.

Signed in the presence of leaders from Pakistan, Qatar, Turkey, India, Indonesia, Uzbekistan and Tajikistan, the accord assures the Taliban of legitimacy. By doing this, the US has officialised the radicalising influence of the most extremist militant group in the region.

As the Americans begin the first phase of the withdrawal of forces to be completed in the next four and a half months, a key test of the accord’s feasibility will be the progress or lack therein of the intra-Afghan talks. Will the Taliban negotiate with the other Afghan factions? If the factions actually come to the negotiating table, the important task would be to map out a transition period that ends the war and brings the Taliban into Afghanistan’s political system. 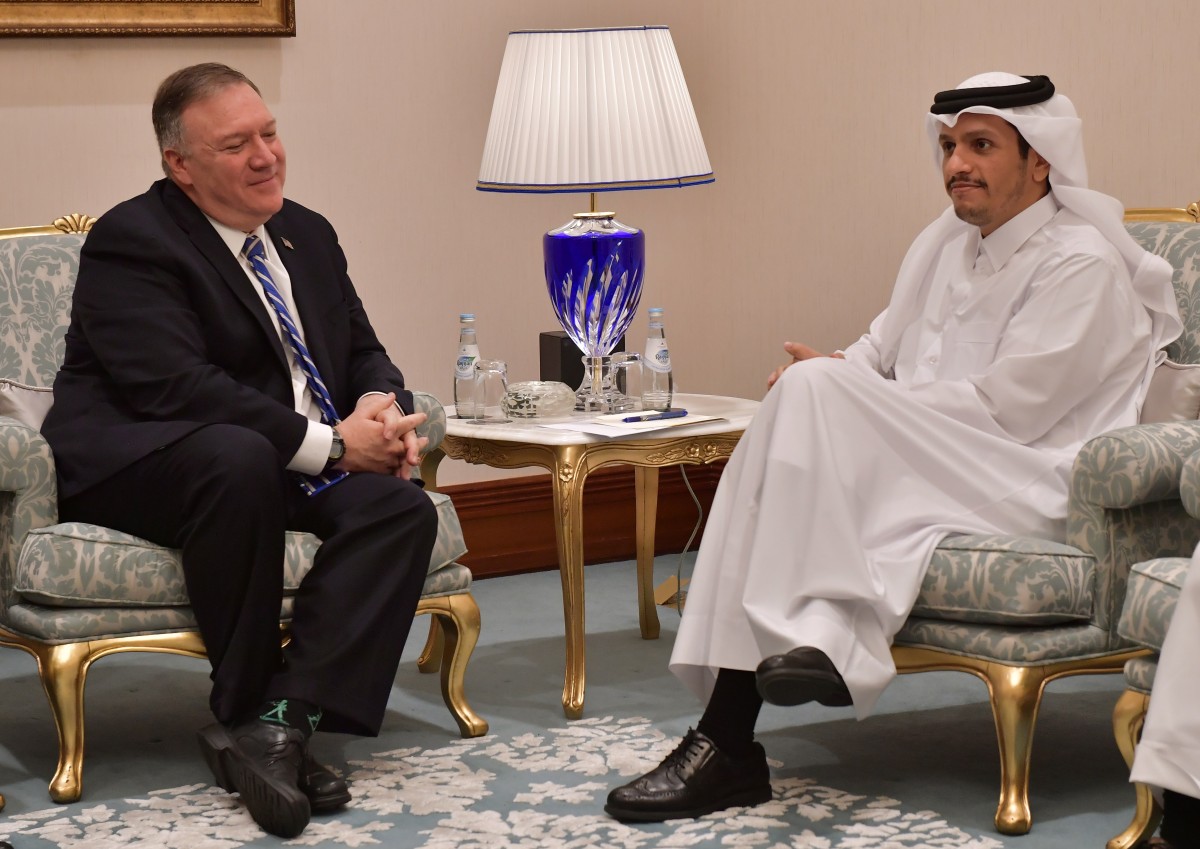 How will the Tajiks, Uzbeks, and Hazaras in northern Afghanistan, groups which have traditionally opposed the Taliban, be accommodated? The intra-Afghan talks would also bring into focus the 2004 Afghan constitution which the Taliban has hitherto rejected as ‘unsuitable and unacceptable.’ During negotiations, Taliban representative Sher Mohammad Abbas Stanikzai highlighted the constitution of Afghanistan as a major impediment to peace. He labelled it “the constitution of the Kabul Administration” and dismissed it as invalid, copied from the West, imposed on Muslim society, and arbitrarily implemented.

Another crucial issue would be the devising a program to reintegrate today’s fighters into society. President Ashraf Ghani has already rejected a key component of the accord, which called for the release of 5,000 Taliban militants or fighters. If indeed, at some point, the Taliban fighters are to be reintegrated, this would imply a reorganisation of the security forces with the amalgamation of mujahids. Remarkably, the Taliban appears to have prepared itself for any eventuality. It has recruited more than 6,000 fighters and suicide bombers are prepared to launch a spring offensive if the agreement collapses.

What lies ahead for Afghan civil society

There are other issues that impinge upon the future of Afghan civil society. Would an enhanced political role of the Taliban signal the return of sharia laws, if not their draconian code which was infamous for requiring women to wear the head-to-toe burqa, banning music and television, and jailing men whose beards were deemed too short. Basic rights for women are now guaranteed under the 2004 constitution of Afghanistan, but the Taliban is unlikely to allow much leeway on this issue.

Although the agreement states that the Taliban will prevent any group or individual in Afghanistan from threatening the security of the US and its allies, the agreement is blank about what happens to the future of terror groups closely associated with the Taliban – for instance, subsumed within the Taliban network, but nonetheless a distinct entity, the position of the Haqqani network which seeks to establish a caliphate under Islamic law.

Several extremist organisations operate in Afghanistan. The peace treaty with the Taliban will most certainly give new life to the sphere of associated terror groups. Islamist groups such as Hizb ut-Tahrir, Jamiat-e-Islah, and Tehrik-e-Islami recruit students. Pakistan-based terror outfits Jaish-e-Mohammed (JeM) and Lashkar-e-Taiba (LeT) had reportedly joined hands with Afghan insurgent groups, the Haqqani Network and Afghan Taliban after the launch of Balakot airstrike by the Indian Air Force (IAF) on February 26, 2019. 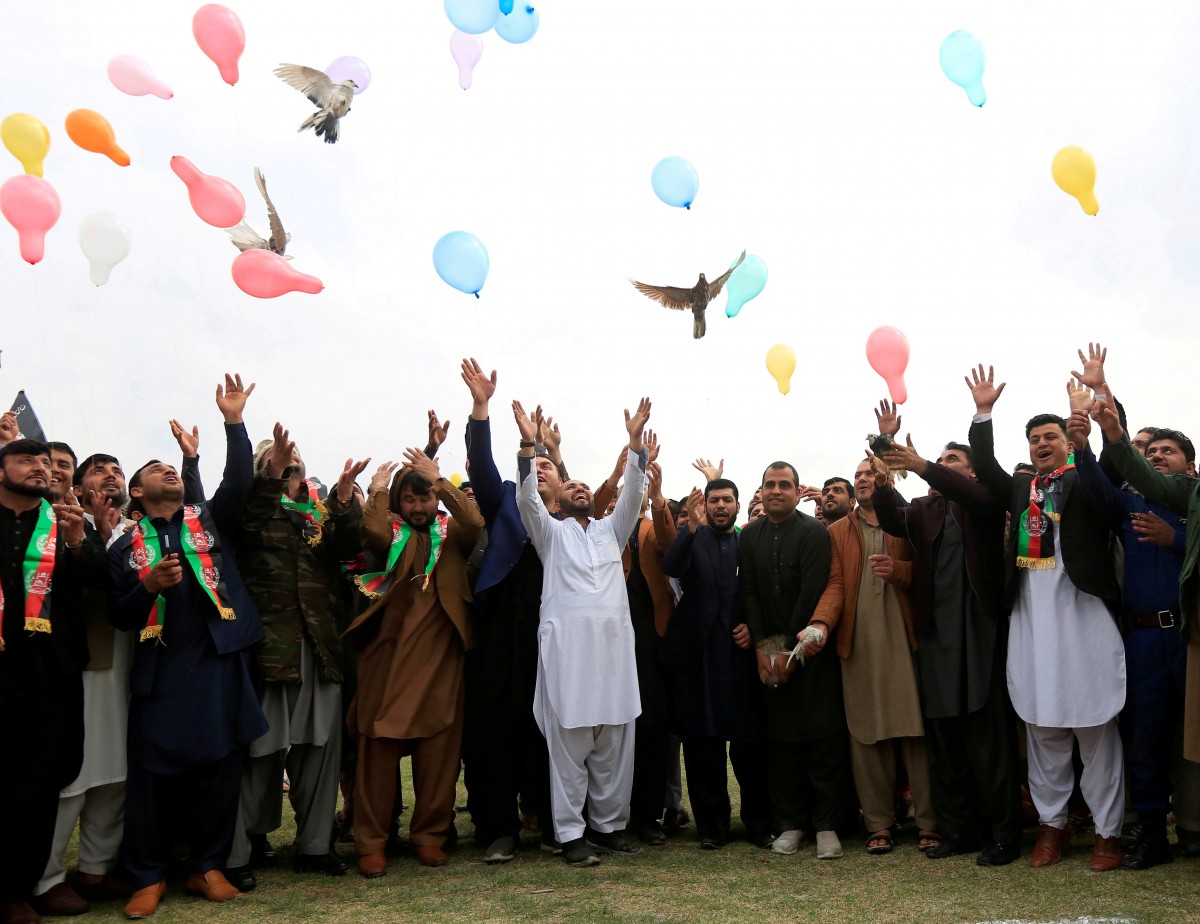 Afghan men celebrate in anticipation of the US-Taliban agreement to allow a US troop reduction and a permanent ceasefire, in Jalalabad, Afghanistan February 28, 2020. Photo: Reuters/Parwiz

With the signing of the accord with the Taliban, it remains unclear whether action will be possible against these terror groups which have shifted their base to Afghanistan near the international border in areas including Kandahar and Kunar. Further, the wording of the agreement itself is suspect. It virtually hands over authority over visas, passports, travel permits to the Taliban.

Envisaging the future of a realm as multifaceted as Afghanistan is obviously a fraught exercise. Afghanistan’s economy is caught in the nexus between military interventions, violent insurgency, deteriorating security conditions, weak governance, fragile democracy and widespread corruption. Beyond all the political settlements and reduction in violence, a real revival of the Afghan state will depend on the ability of the leaders to qualitatively restore the state of its economy. Unless the focus is on development of infrastructure and restoring the confidence of investors, a long-lasting revival of the Afghan state is not possible.

A role for India?

There is no need to enter here into the tests of controversy over what, if anything, India might have done to forestall the outcome in Qatar. The ambivalence of our policy, as the negotiations with the Taliban progressed has served to confirm an impression of Indian irrelevance in the face of American and Pakistani choreography.

The triumph of the Taliban in Afghanistan cannot be seen as anything other than as a defeat, because it represents an outcome that the Indian government had not wanted, yet did nothing to prevent. The most dramatic and possibly portentous indication of the consequences of India’s role came at the signing ceremony where it found no reference by the signatories to its role in Afghanistan. Exploring alternate courses for a political-security settlement, India should have encouraged political activism and propped up non-radical groups to act as a counterbalance.

For the future, the best manner for India to stay relevant to any discussion on the future of Afghanistan is to bravely invest in the Afghan economy. Bilateral trade between India and Afghanistan is poised to reach $2 billion this year. Taking advantage of Afghanistan’s 100% FDI policy, the Indian government could encourage its firms to invest in Afghan power, pharmaceutical, optical cable, manufacturing and other sectors. For Afghanistan, durable peace will only be possible if its economy is healed. 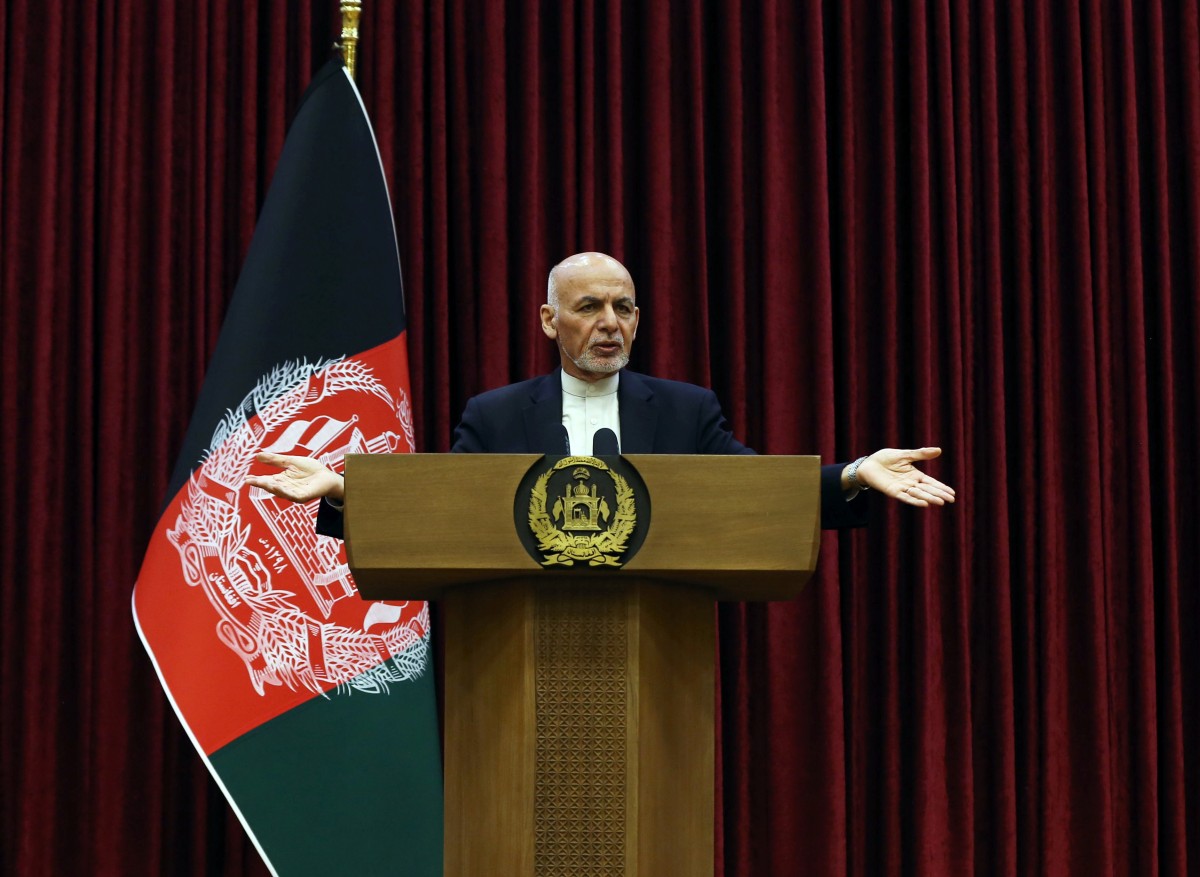 While there is a lot to be cynical about the American intervention in Afghanistan, the fact remains that the quality of life for some Afghans has improved in the past almost 19 years. The withdrawal of American and NATO troops from Afghanistan will vastly alter the military balance in the region. For India, this is an opportunity and a responsibility to be a factor in the restoration of its war-torn economy.

Sadly, though the Taliban insurgency today shows no signs of operational decay or restraint. On March 3, an explosion in Afghanistan’s eastern Khost province killed three persons, subsequent to the Taliban’s announcement of the resumption of operations against Afghan security forces.

In the end, the implications of the accord at the end of two decades of combat, are an Afghanistan that may turn back on constitutional progress, that the transnational capability of terrorists in Afghanistan and Pakistan remain intact and a US that has decided to disengage by its acceptance of terrorism as “a persistent condition”.