The US Central Command said the strike took place east of Kabul and bordering Pakistan but didn't say whether the target was connected with the airport attack. 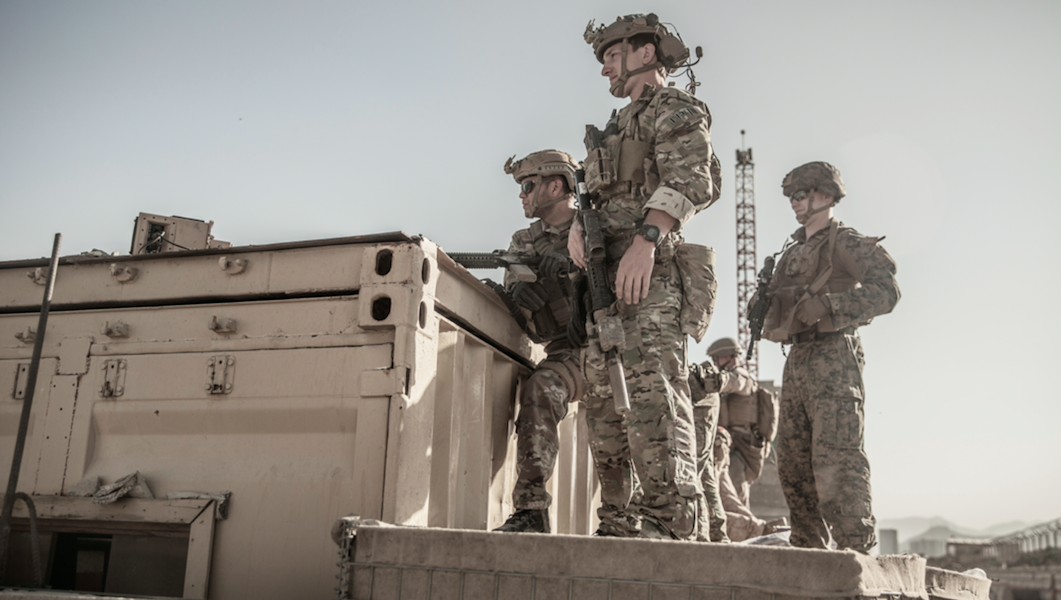 Among the 92 killed in Thursday’s suicide blast, claimed by Afghanistan’s Islamic State affiliate, were 13 US service members, the most lethal incident for US troops in Afghanistan in a decade.

“Initial indications are that we killed the target. We know of no civilian casualties,” the US military said in a statement, referring to the overnight drone strike.

US Central Command said the strike took place in Nangarhar province, east of Kabul and bordering Pakistan. It did not say whether the target was connected with the airport attack.

The White House said the next few days are likely to be the most dangerous of the US evacuation operation that the Pentagon said has taken about 111,000 people out of Afghanistan in the past two weeks

Pentagon spokesman John Kirby said the United States believes there are still “specific, credible” threats against the airport after the bombing at one of its gates. 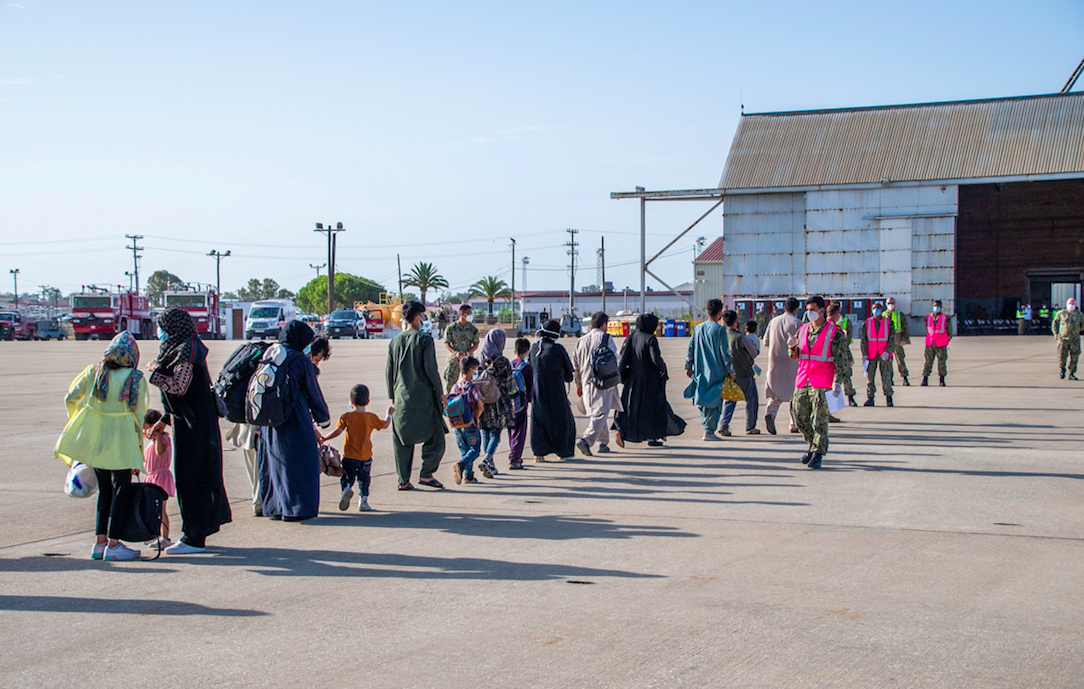 The US Embassy in Kabul warned Americans to avoid travelling to Kabul’s airport because of security threats, and said those at its gates should leave immediately.

US and allied forces are racing to complete evacuations of their citizens and vulnerable Afghans and to withdraw from Afghanistan by the Tuesday deadline set by President Joe Biden after two decades of American military presence there.

While thousands have been evacuated, they are far outnumbered by those who could not get out.

Throngs of people have gathered outside the airport to try to get onto evacuation flights since the Taliban took control of Afghanistan on August 15, although on Friday, Taliban guards stopped people from approaching.

Biden said earlier he had ordered the Pentagon to plan how to strike ISIS-K, the Islamic State affiliate that claimed responsibility for Thursday’s bombing.

Afghanistan’s Islamic State affiliate, known as Islamic State Khorasan (ISIS-K) after an old name for the region, appeared in eastern Afghanistan in 2014 and later made inroads into other areas, particularly the north.

The group is an enemy of the Islamist Taliban as well as the West. The Pentagon said Thursday’s attack was carried out by one suicide bomber at an airport gate, not two as it had earlier stated.

A US official, speaking on the condition of anonymity, said the drone strike was against an Islamic State militant planning attacks.

A reaper drone, which took off from the Middle East, struck the militant who was in a car with an Islamic State associate. Both are believed to have been killed, the official said.

A resident of the eastern city of Jalalabad, capital of Nangarhar province, said he heard several explosions around midnight on Friday.

“Today we checked and heard it was an air strike that hit a civilian house,” Sayed Ekram told Reuters, adding he had no information about casualties. It was not clear if the blasts were caused by a US drone strike.

A senior Taliban commander said some ISIS-K members had been arrested in connection with the Kabul attack. “They are being interrogated by our intelligence team,” the commander said. 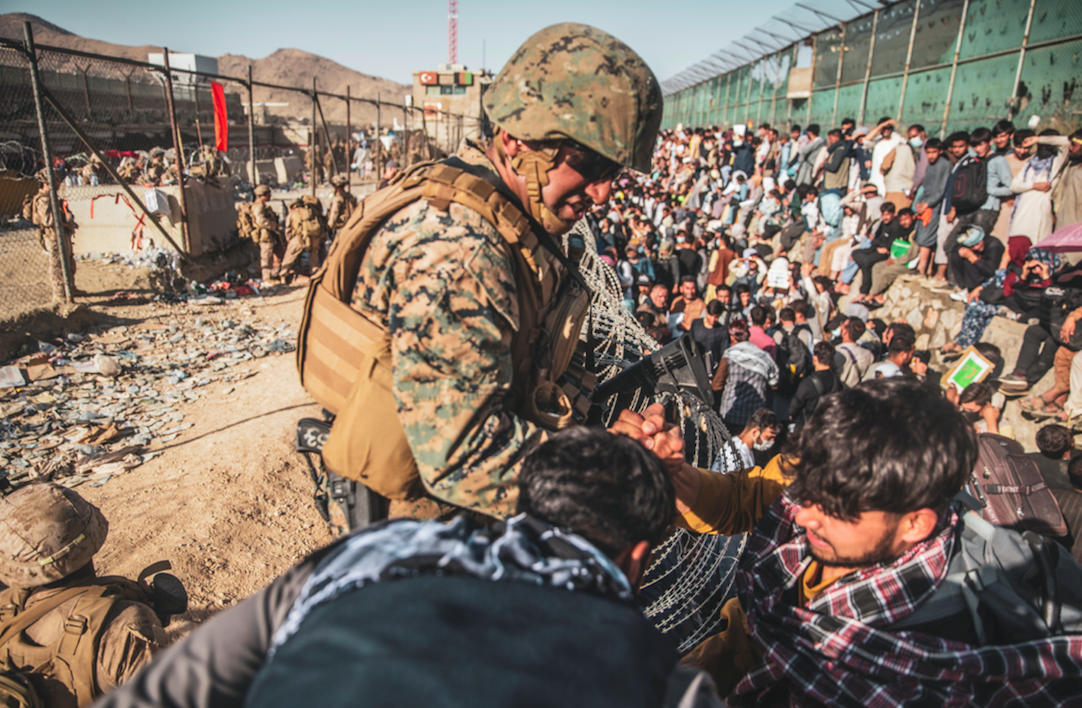 The number of Afghans killed in the airport bomb attack rose to 79, a hospital official told Reuters on Friday, adding that more than 120 were wounded. Some media reported a death toll of up to 170.

The attack underlined the realpolitik facing Western powers: Engaging with Taliban forces they have long fought may be their best chance to prevent the country becoming a breeding ground for militancy.

The United States expects some engagement with the Taliban will be necessary after the withdrawal to facilitate further evacuations, White House Press Secretary Jen Psaki said.

“The reality is, the Taliban control large swaths of Afghanistan,” she told reporters. “So by necessity, that is our option.”

Biden was already facing criticism at home and abroad for the chaos surrounding the troop withdrawal and evacuations. As the Taliban rapidly advanced to Kabul amid the pullout, Afghanistan’s Western-backed government and military collapsed. Biden has defended his decisions, saying the United States long ago achieved its rationale for invading the country in 2001.

The US-led invasion toppled the then-ruling Taliban, punishing them for harbouring al Qaeda militants who masterminded the September 11 attacks on the United States.

The Taliban said Afghans with valid documents would be able to travel freely in future – comments aimed at calming fears that the movement planned harsh restrictions.

But the population left behind is facing a “catastrophic” humanitarian situation, UN officials say, and up to half a million Afghans could flee their homeland by year-end, the UN refugee agency said.