The US insisted that Pakistan's counter-terrorism efforts would be measured against its FATF commitments. 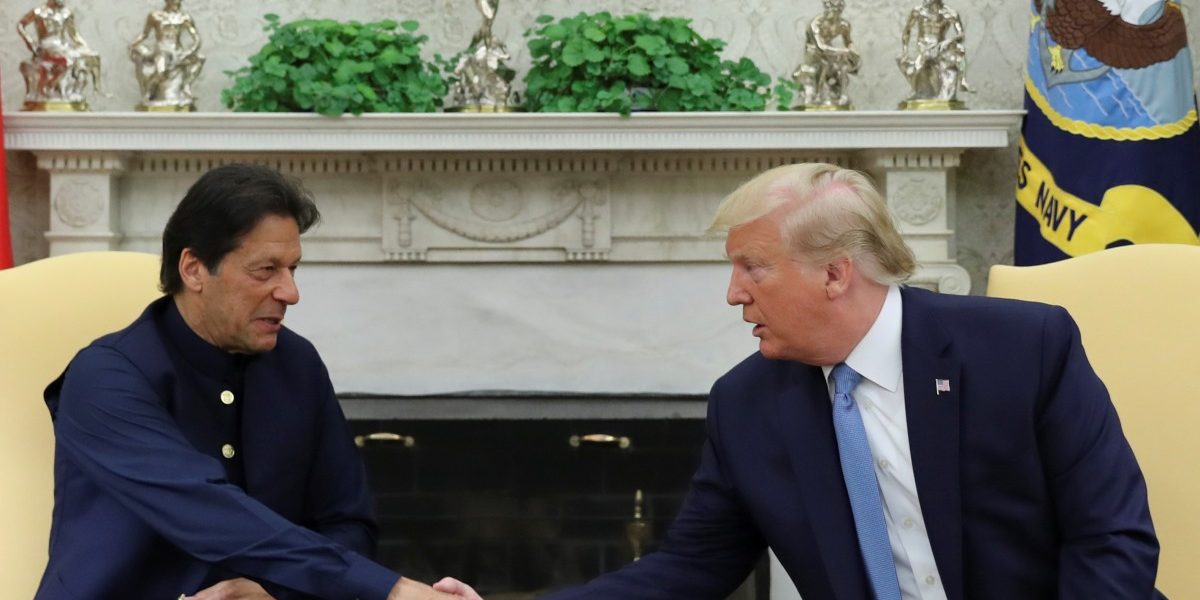 Washington: The US, during the recent visit of Prime Minister Imran Khan, asked Pakistan to meet its international obligations on combating terror financing, a senior State Department official has said.

The official, on the condition of anonymity, said Pakistan is working to implement its action plan that it submitted to the Financial Action Task Force (FATF) and the issue came up for discussion when Khan held a meeting with President Donald Trump and Secretary of State Mike Pompeo last week.

In June, the Paris-based anti-money laundering watchdog said that Pakistan failed to complete its action plan on terror financing. It warned Islamabad to meet its commitment by October or face action, which could possibly lead to the country getting blacklisted.

The FATF last year placed Pakistan on the grey list of countries whose domestic laws are considered weak to tackle the challenges of money laundering and terrorism financing.

Noting that America’s “engagement” with Pakistan on the FATF issue is driven by facts , the State Department official said: “Pakistan is working to complete its FATF Action Plan and we discussed ways to support it as it does.”

We obviously welcome Prime Minister Khan’s stated commitment that Pakistan for its own future will prevent the operation of all militant groups on its territory, said the official.

The US insisted that Pakistan’s counter-terrorism efforts would be measured against its FATF commitments.

Also read: Is the US-Pakistan Transactional Relationship Back on Track?

Refusing to give the details of deliberations on the FATF, the official said there is an action plan. It’s discreet, it’s tangible, it’s measurable. So we will look to see what actions Pakistan will take.”

These measures (Pakistan action plan) are not specific. FATF obligations are not group dependent. These obligations and commitments are how a country can establish a financial system, how it can ensure that its system is not being abused or misused by terrorist or actors or other criminal networks, the official said.

These are very technocratic regulations that have been set by the international community, the official added.