Human rights activists are worried that Prime Minister Sheikh Hasina's anti-narcotics campaign is taking a page from the Philippine drugs war, in which thousands of people have been killed in the past two years. 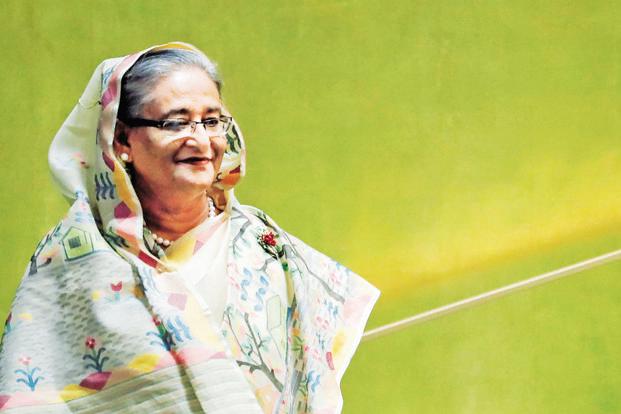 Geneva: Bangladeshi security forces have shot dead around 130 people and arrested 13,000 in the past three weeks since the government introduced a “zero tolerance” policy against illegal drugs, UN human rights chief said on Wednesday.

Prime Minister Sheikh Hasina approved the anti-narcotics campaign in early May to tackle the spread of ya ba, as methamphetamine is widely known in Asia, and worth an estimated $3 billion annually, government officials say.

UN high commissioner for human rights Zeid Ra’ad al-Hussein said nobody should forfeit their rights for using or selling drugs and he urged the government to investigate the deaths.

“There is no doubt that the trafficking and sale of illegal narcotics leads to tremendous suffering for individuals and entire communities, but extra-judicial killings, arbitrary arrests and the stigmatisation of people who use drugs cannot be the answer,” Zeid said in a statement. “I am gravely concerned that such a large number of people have been killed, and that the government reaction has been to assure the public that none of these individuals were ‘innocent’ but that mistakes can occur in an anti-narcotics drive.”

UN spokeswoman Ravina Shamdasani said Bangladesh‘s minister of law had assured Zeid there would be an investigation.

“We are calling on the government to follow through with this commitment and to ensure that this is not just any investigation, it has to be an independent, transparent, meaningful investigation with the view to bring in to justice the perpetrators of these killings,” she said.

The government has previously dismissed any suggestion of extrajudicial killings and said the crackdown had popular support.

Responding to Zeid’s criticism, Bangladeshi home minister Asaduzzaman Khan told Reuters: “We are not killing anyone. Our forces are compelled to fire back when they are fired at. We’ll continue this drive to stamp out drugs to save our young generation. Our people are supporting this.”

The drug is sourced from northeast Myanmar and smuggled into neighbouring Bangladesh. Bangladesh has said an influx last year of Rohingya fleeing Myanmar is partly to blame for soaring methamphetamine use. But many Rohingya say their young people are being pushed into crime because they cannot legally work or, in many cases, get access to aid.

Human rights activists are worried the Bangladesh campaign is taking a page from the Philippine drugs war, in which thousands of people have been killed in the past two years.

“He was arrested on charges of organising a rally without permission. There are more charges against him,” said RAB spokesman Mizanur Rahman Bhuiya, without elaborating.

In his statement, Zeid expressed concern that communities living in slums were being targeted and raided in the crackdown.

He said the arrests and killings had begun on May 15, a day after Bangladesh underwent a regular review at the UN Human Rights Council, where it pledged to investigate extra-judicial killings, arbitrary arrests and other serious violations.