At least 100,000 gathered in the morning on a hillside for memorial prayers for relatives killed in the violence. 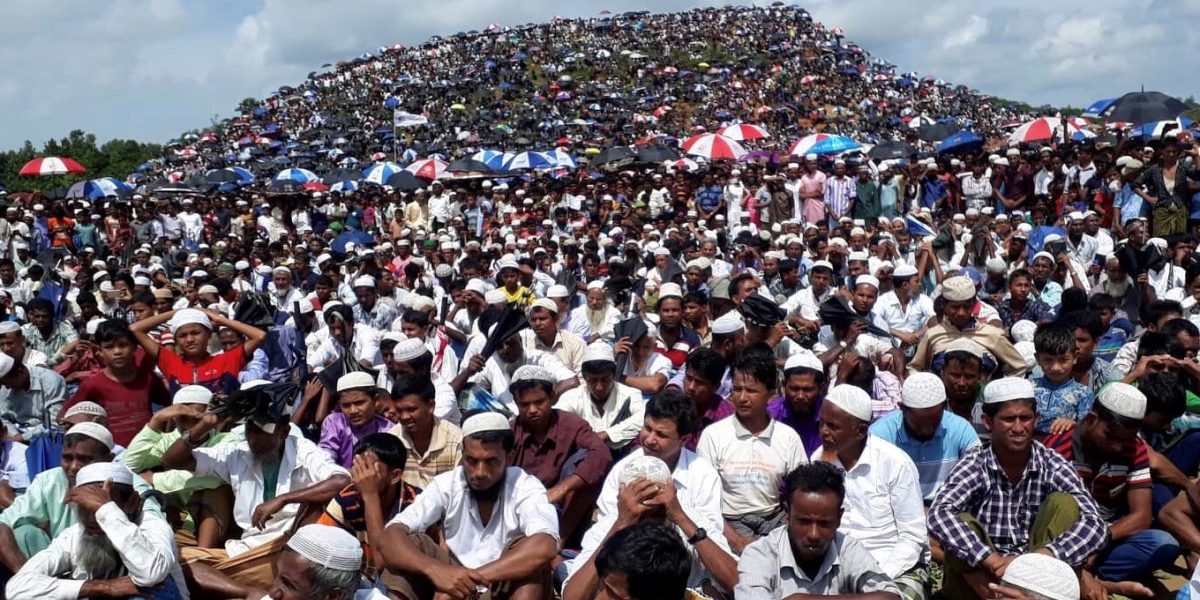 Cox’s Bazar (Bangladesh): At least 100,000 Rohingya refugees rallied in camps in Bangladesh on Sunday, marking two years since the start of a brutal military crackdown in Myanmar that forced more than 730,000 to flee across the border.

Massive crowds gathered in the morning on a hillside for memorial prayers for relatives killed in the violence.

Others marched under the sweltering sun chanting, “We want justice” and “No more genocide”, some wearing white shirts bearing the words ‘Rohingya Genocide Remembrance’.

The commemorations took place amid heightened tensions in parts of the camps after security forces shot dead two Rohingya on Saturday, saying they were involved in the murder of a ruling party official.

More than one million people live in the camps in southern Bangladesh in the world’s largest refugee settlement. The majority having fled violence in 2017 that the United Nations says was executed with “genocidal intent”.

“We miss our home, our relatives, our beloved ones who were killed in Myanmar,” said Chekufa, the leader of the Rohingya Women’s Empowerment and Advocacy Network, which organised one of the demonstrations. “We miss them very much today.”

Efforts to begin repatriating 3,450 Rohingya cleared by Myanmar failed on Thursday after none agreed to go.

In Myanmar, Rohingya are denigrated as “illegal immigrants” from Bangladesh, denied citizenship, and subjected to tight restrictions on freedom of movement.

Despite squalid conditions in the Bangladesh camps, refugees are fearful of returning home without assurances of citizenship and security.

“We are very grateful to the Bangladesh government, but we are living here not like humans but like animals, just eating and sleeping,” Chekufa said. 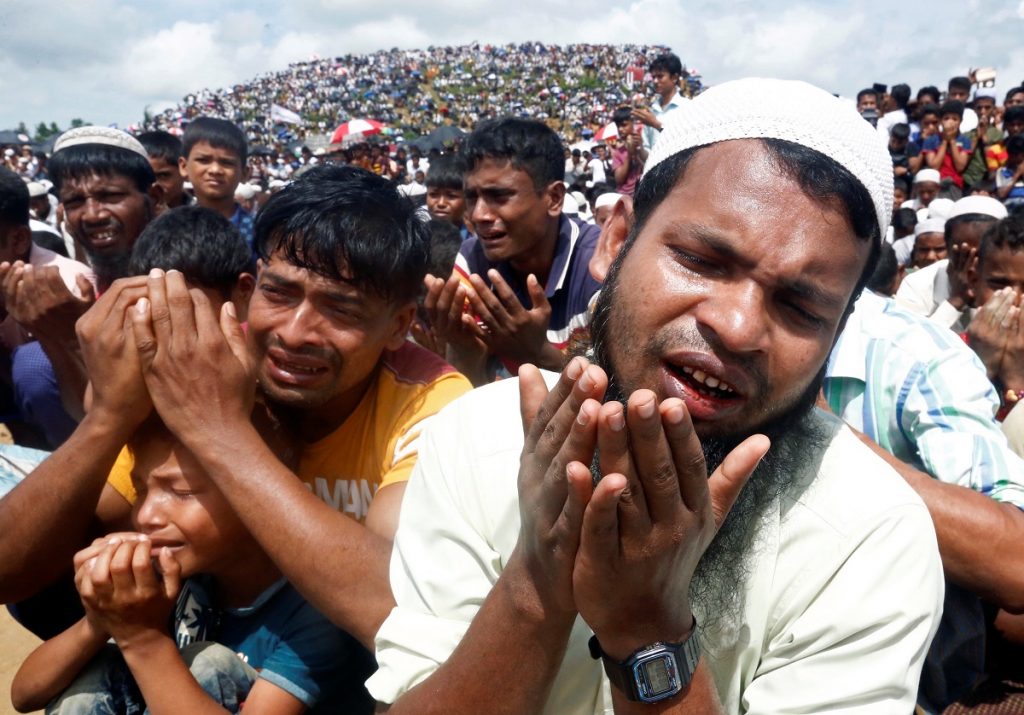 Rohingya refugees take part in a prayer as they gather to mark the second anniversary of the exodus at the Kutupalong camp in Cox’s Bazar, Bangladesh, August 25, 2019. Photo: REUTERS/Rafiqur Rahman

Iqbal Hossain, additional superintendent of police in Cox’s Bazar, told Reuters at least 100,000 Rohingya took part in the protests, which were peaceful.

But tensions were high in the southern part of the camp, where security forces have been hunting suspects in the murder of a youth wing official from the ruling Awami League.

Omar Faruk was killed in a settlement near Teknaf on Thursday, police said.

The death sparked riots the following day, with a mob of local people burning tyres and destroying shops frequented by refugees.

“A tense situation is prevailing there,” Hossain said on Sunday, adding that the two Rohingya shot were killed “in self-defence”.

“We are continuing our drive to arrest others in connection with the killing,” he said.

Two refugees, who asked not to be named for fear of retribution, said most people from the camp had fled.

“We are very worried and afraid,” said a local mahji, or camp leader. “We don’t know what will happen.”