What Can Tulip Siddiq Do to Lessen Human Rights Abuse in Bangladesh?

With her aunt Bangladesh PM Sheik Hasina in London, the question of Siddiq’s role in seeking to mitigate Bangladesh’s worst human rights abuses comes to the fore again. 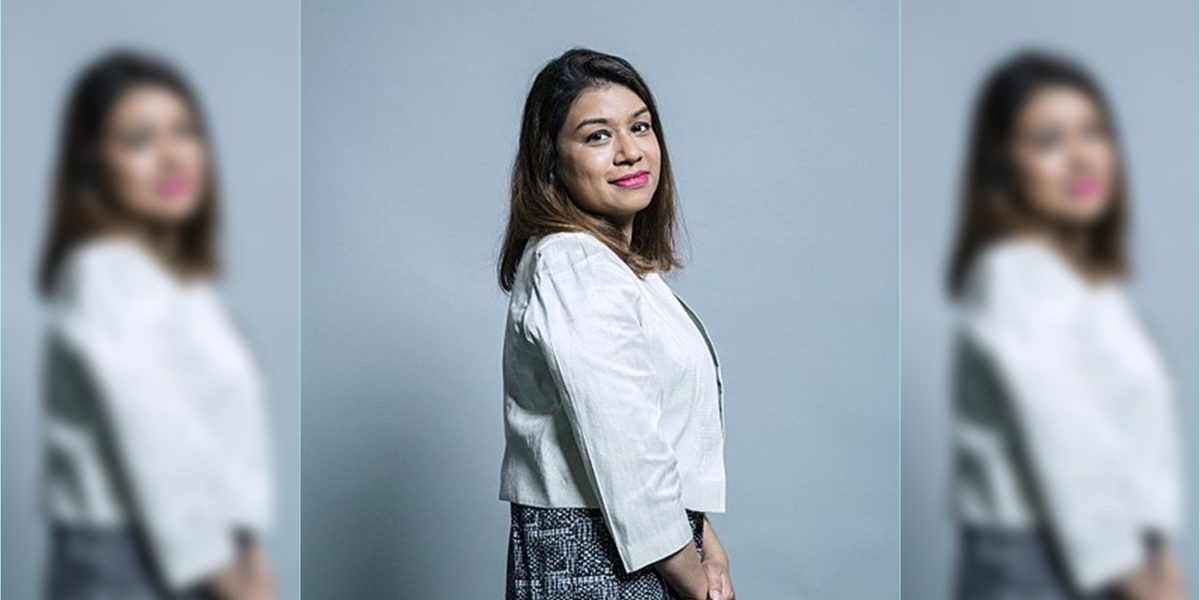 According to press reports, she will stay in the capital for a few days – in Claridges no less – and meet party activists as well as members of her own family.

Hasina has two main family members in London. Her younger sister, Sheikh Rehana and her niece, the British Member of Parliament Tulip Siddiq.

In November 2016, Private Eye first reported that whilst Tulip Siddiq had been campaigning hard for the release of her constituent, the Iranian-British dual citizen Nazanin Zaghari Ratcliffe, from detention in Iran, she had not lifted a finger in relation to those picked up and literally made to disappear by government agencies in Bangladesh.

The magazine stated, that with the Iranian authorities failing to “listen to a word she says” perhaps she should turn her attention to “influencing a political regime … where she has very direct access to the country’s most senior leaders.”

Channel 4 News picked the story a year later when its reporters directly asked the question about why the Member of Parliament for Hampstead and Kilburn had refused to use her influence to help the family of a particular disappeared lawyer in Bangladesh, Ahmed Bin Quasem, whose mother had written directly to Siddiq asking for her help.

Now, with her aunt – and Bangladesh’s prime minister – in London, again, the question of Siddiq’s role in seeking to mitigate Bangladesh’s worst human rights abuses comes to the fore.

Of course, it is not just Siddiq’s maternal aunt who has significant political power in the country. Her paternal uncle, Tarique Ahmed Siddique is the defence and security adviser to Hasina. Her cousin (the son of the prime minister) Sajeeb Wazed Joy, is another government adviser as well as being a key propagandist of the government. Her brother Rezwan Siddiq helps run a pro-government research centre; and her mother, Rehana Siddiq, is also a player within the party.

And Siddiq’s mother, cousin and brother are all talked about as possible successors to Hasina to lead the Awami League, the party in power in Bangladesh.

Moreover, Tulip Siddiq is also very close to her aunt Sheikh Hasina, calling her a ‘role model’ for her daughter. When she first won her North London seat in 2015 the newly elected MP said, “Today I remember my Auntie Sheikh Hasina. I learnt how to campaign from her. And I learnt about social justice from her.” When she made her maiden speech in Parliament, who other than Sheikh Hasina was present.

Although she lives in Britain, Tulip has been directly involved in Bangladesh politics. As a Labour party activist, before she became an MP, Tulip described herself on her website (now removed) as an “Awami League spokesperson” and campaigned in Bangladesh for the party. In 2011, she was listed as a delegate of the Bangladesh government at the 66th UN general assembly alongside her mother Rehana Siddiq.

Tulip Siddiq’s close proximity to those ruling Bangladesh is therefore undeniable and is therefore unique amongst the 650 UK MPs in having such close and intimate relations to a ruling party of another country.

The question of course – one which no other Member of Parliament has to face – is whether or not Siddiq, as a British member of parliament, should be using this proximity to lobby publicly and privately, with her aunt and other members of her family in Bangladesh, significant human rights abuses in the country?

In relation to the disappeared lawyer Ahmed Bin Quasem, Tulip justified her inaction to Channel 4 News by stating, “I was born in London and serve as a British Member of Parliament. The focus of my work is spent on delivering for the residents of Hampstead and Kilburn who elected me to represent them.”

She also implied that those who sought to argue that she did were racist. “Be very careful. I’m not Bangladeshi,” she told Channel 4 News when they tried to interview her at a rally. She then went on to make a police complaint arguing that she was subject to “racially aggravated assault” by the television news team.

It is of course the case that Quasem’s mother was neither a British citizen nor Tulip Siddiq’s constituent and the MP therefore had no parliamentary obligation to take up his case.

But that did not remove her moral obligation as a British member of parliament to use her best efforts to seek his release.

Those who do not know Bangladesh politics may not appreciate the extraordinary influence Siddiq, as a member of the ruling family, can wield in Bangladesh politics. All the country’s institutions, particularly the law enforcement agencies and the criminal justice system, are corrupt and highly politicised. In the main, they do exactly what their political masters tell them to do. And the most significant of those political masters are members of the current ruling family – of which Tulip is a part.

Channel Four News came back to the issue of Bangladesh’s human rights situation in April 2017, in a film about a number of other disappearances in Bangladesh involving this time British families, who had written to her about their relatives.

Again, Tulip responded to the families by saying that she could not take up their cases as they were not her constituents, but did go further in obliquely criticising disappearances in Bangladesh. She said, “as a committed human rights activist, I deplore the use of extra-judicial detention and any human rights abuses anywhere in the world, including in Bangladesh. I understand and have sympathy for the plight of anyone whose loved one disappears in such a way.”

This was a private communication – not a public condemnation of Bangladesh human rights – but it was a step beyond her previously maintained silence on the human rights situation in the country.

More recently, Tulip Siddiq has publicly criticised the Bangladesh government in its detention of the highly reputed photographer, Shahidul Alam. She was quoted by the Times newspaper as saying, that his detention was “deeply distressing and should end immediately”. She also said that Bangladesh “must uphold international standards of justice in treating its own citizens” and that she “would hope our Foreign Office will convey that message in stark terms to a country that is seen as a close ally.”

However – unlike the other two Bangladesh origin MPs – she has not issued a public statement as they have done. She has also not as far as anyone knows, lobbied her aunt and other family members to ensure his release.

And neither has she sought the release of any of the dozens of other men who have disappeared in the country.

With her aunt in London for a few days, this is an ideal opportunity for Siddiq to take her Aunt to one side and push for the release of all those disappeared and arbitrarily detained.

Ironically, though Tulip Siddiq is representing those living in her North London constituency, as an MP she could do far more good through her influence over her family members that rule Bangladesh, than she will ever do for her constituents in Kilburn and Hampstead. As a former employee of Amnesty International she should appreciate the position provided to her as a Member of Parliament and use it for the public good to help those victimised by Bangladesh’s state agencies.

And she would be applauded if only she would do that.