Trump has wanted to end US involvement in Afghanistan since his days as a presidential candidate. 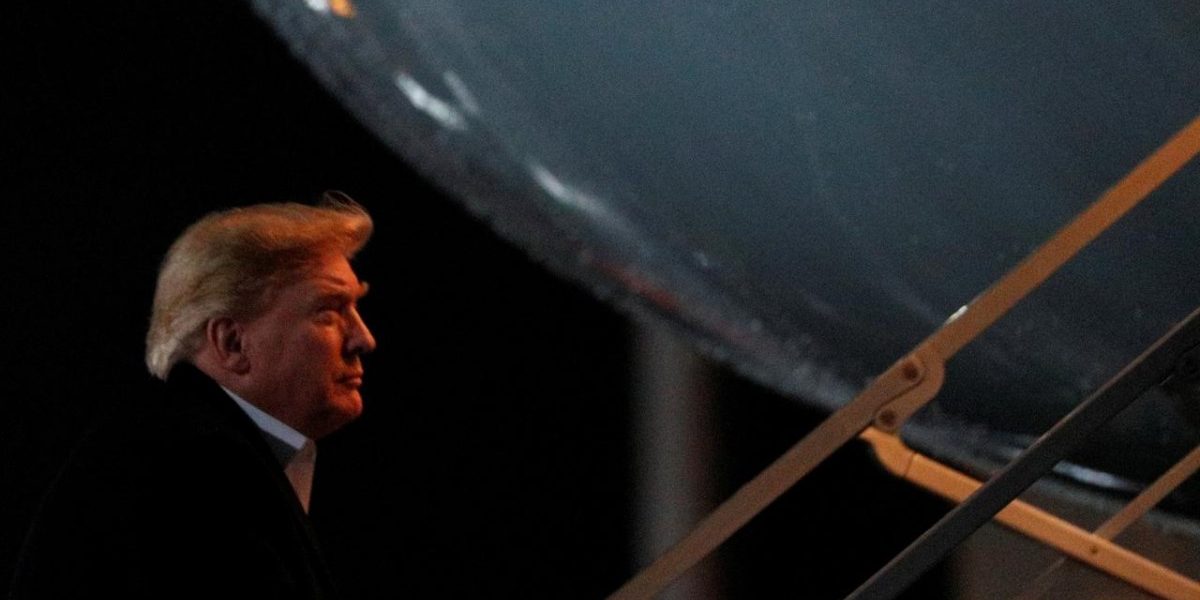 Trump’s visit was his first to Afghanistan since becoming president and came a week after a prisoner swap between Washington and Kabul that has raised hopes for a long elusive peace deal.

“The Taliban wants to make a deal and we are meeting with them,” Trump told reporters after arriving in Afghanistan after an overnight flight from the United States, kept secret for security reasons.

Taliban leaders have told Reuters that the group has again been holding meetings with senior US officials in Doha since last weekend, adding they could soon resume formal peace talks.

Trump met with Afghan President Ashraf Ghani and served turkey to some US troops before sitting down to eat Thanksgiving dinner with them. He chatted and had his picture taken with some of the US forces deployed there.

It was only the second trip to a war zone by a US president who never served in the military and has often derided US engagement in foreign conflicts as costly blunders. He traveled to Iraq in 2018 for a Christmas holiday visit with troops.

Trump was greeted upon his arrival by US Army General Mark Milley, chairman of the Joint Chiefs of Staff. Milley said on Wednesday that a successful outcome from peace talks on ending the 18-year war in Afghanistan could happen in the “near term.”

Trump has wanted to end US involvement in Afghanistan since his days as a presidential candidate.

But talks between the Taliban and the United States collapsed in September after Trump called off a planned meeting with Taliban leaders at the US Camp David presidential retreat, citing a surge in Taliban violence.

The U.S. military says it has ramped up strikes and raids on the Taliban since then, in a bid to pressure the insurgents back to the negotiating table.

Hopes for peace rose earlier this month, when the Taliban released American and Australian hostages.

But Ghani underscored the need for a halt in the fighting, saying on Twitter after meeting Trump: “If the Taliban are sincere in their commitment to reaching a peace deal, they must accept a ceasefire.”

There are currently about 13,000 US forces as well as thousands of other NATO troops in Afghanistan, 18 years after an invasion by a US-led coalition following the Sept. 11, 2001, al Qaeda attacks on the United States.

About 2,400 US service members have been killed in the course of the Afghan conflict.

A draft accord agreed in September would have thousands of American troops withdrawn in exchange for guarantees that Afghanistan would not be used as a base for militant attacks on the United States or its allies.

Still, many U.S. officials doubt the Taliban could be relied upon to prevent al Qaeda from again plotting attacks against the United States from Afghan soil.

The U.S. military has said it can go down to 8,600 troops and still carry out an essential counter-terrorism mission in a country where both al Qaeda and Islamic State fighters would continue to pose a threat even after any Taliban peace deal.

Trump acknowledged US troop levels were “substantially” coming down but did not provide a specific number.

At the same time, however, Trump suggested he was willing to have US forces stay in Afghanistan for the long-term, if needed.

“We’re going to stay until such time as we have a deal or we have total victory. And they want to make a deal very badly,” Trump said.