The World’s ‘Happiest Country’ Needs a Peace and Reconciliation Process

An inspiring initiative seeks to bring peace and reconciliation to a place most people think doesn’t need it. 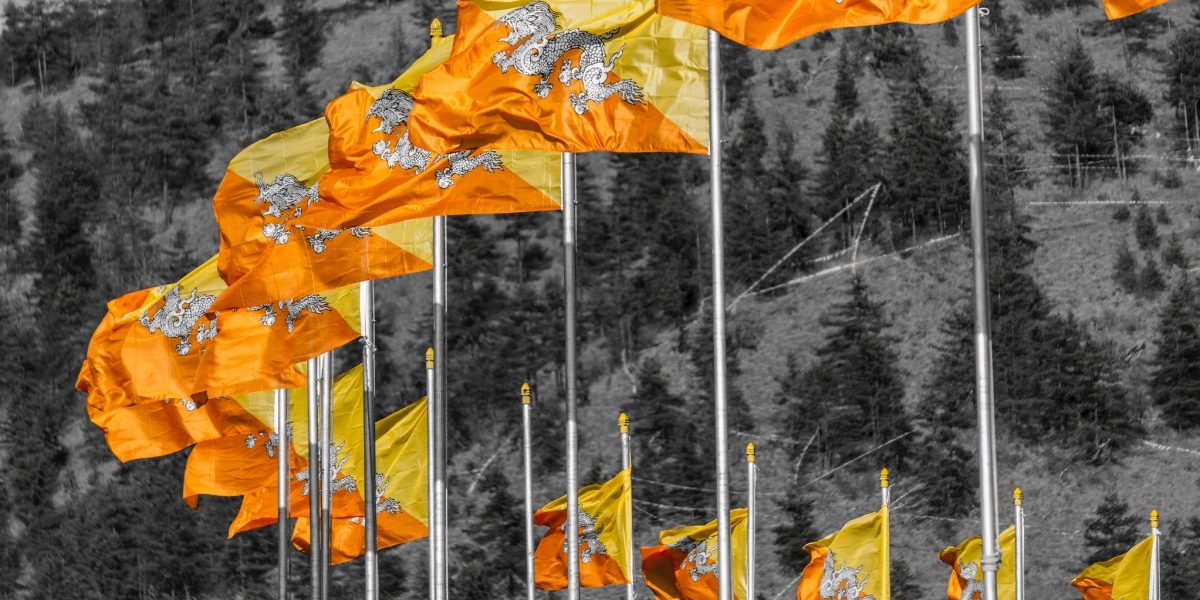 Bhutan’s much-touted happiness rating lies atop a bed of pain. The pain of Bhutanese refugees of Nepali origin. I know, because I am one of them.

I come from an average working-class family that lived in Bhutan for generations, with no interest or involvement in politics. My community, known in Bhutan as Lhotshampa, has traditionally lived in the south of the country.

In 1989, Bhutan conducted a national census and revoked our citizenship after retroactively implementing the 1985 Nationality Law. The policy of “national integration” and “revocation of citizenship” catalysed our community’s large-scale exodus.

One night, the coal mine office at the Bhutan-India border where my father worked as a clerk was attacked and ransacked. The next day, security personnel picked up my father and severely beat him. They questioned his patriotism and nationality and tried to get him to confess to the destruction or say who was behind it. My father, born to a simple farming family, had no clue. After this traumatic experience, he made the hard decision to leave the country.

On March 3, 1990, we were among the Bhutanese who fled to save our lives. I was nine years old. We relocated to Timai, a Bhutanese refugee camp in eastern Nepal, where I grew up.

The United States Refugee Resettlement Program helped me relocate to America in 2009. Two years later, my family joined me. We are now well settled but I still want to heal the pain of dislocation. This is true not just for me but for all the Bhutanese traumatised by what happened in the 1990s.

Those who left Bhutan felt compelled by the threat to their lives, identity, culture, and language. In some cases, the state pushed them out through its crackdown on human rights and political activists, including some exiled Bhutanese and members of political parties accused of engaging in violence. Many are still in prison in Bhutan. The violence has decreased over the years, but this does not mean the establishment of a positive peace.

Many Lhotshampa citizens are still missing, unaccounted numbers have been killed, and close to 50 political prisoners are serving life sentences in Bhutan’s prisons.

On the positive side, the King recently released six political prisoners, and commuted a life sentence.

In 2021, approximately 6,300 Bhutanese refugees still languished in two refugee camps in Nepal. Many of the over 100,000 Bhutanese refugees resettled in eight western countries, even if they have not been able to return ‘home’, feel an intense love for their country of birth.

Men are seen wearing the gho, the tradional and national dress for men in Bhutan. Photo: Reuters/Adrees Latif

That is what catalysed the movement Peace Initiative Bhutan, started in 2020 by diasporic Bhutanese whose families are divided between Bhutan and the countries they settled in.

The Initiative went public in April 2022, with the goal of ending the polarisation and distrust between many Bhutanese back home and overseas. Peace Initiative Bhutan currently functions under the auspices of Global Citizens Circle, founded in 1974 in the US, catalysed by the Vietnam War, political assassinations, and the Civil Rights Movement.

The Circle has been involved in peace and reconciliation processes in Northern Ireland, South Africa and the Middle East. It aims to foster sustainable constructive change by bringing together intergenerational, diverse individuals from world leaders to local activists for courageous conversations necessary to build trust.

Peace Initiative Bhutan is not interested in ‘defeating’ the government in Thimphu. We want a ‘win-win’ solution. This will not be easy or quick. But it is possible through a sustained, holistic peacebuilding and reconciliation process, in which remorse, apology and forgiveness play a critical role. The process, rooted in restorative rather than retributive justice, centres fairness and justice which are prerequisites for addressing conflict. This was central to the Truth and Reconciliation Process in South Africa.

The past years have seen a growing realisation among Bhutanese at home and abroad about the futility of the conflict. The suffering of divided families is underpinned by the urge to visit their birth country and meet loved ones. Western education has also led to a visible shift in the thinking amongst exiled Bhutanese even as new thinking is evident among Bhutanese politicians.

This shift in perceptions and attitude makes it possible, perhaps, to find a pragmatic and peaceful resolution to the decades-old, seemingly intractable conflict. The disputing parties have a shared goal of making Bhutan genuinely happy and prosperous.

Since the conflict, Bhutan has transitioned into a democracy with general elections every five years. It adopted its first Constitution in 2008 and established an independent judicial system. A silver lining to the conflict was also the formation of political parties that are now participating in the democratic process.

According to two United Nations’ triennial reviews, 2015 and 2018, Bhutan has met the criteria to graduate in 2023 from the category of least developed countries (LDCs) and rise above the poverty index.

The transition involves the loss of certain trade preferences and other international support measures. Overseas Bhutanese can help with this. Many are outstanding in the fields of academia, entrepreneurship and literature, yet consider themselves Bhutanese first.

This provides a great opportunity for Bhutan to have an international profile on a scale vaster than its physical area and population size.

The Bhutanese diaspora can now play a vital role providing soft power to the home country, to garner international support and solidarity in Bhutan’s favour.

I have spoken to many Bhutanese American business owners who want to contribute to Bhutan’s economic development, its education sector, and in other fields, besides directly helping their family members who are in Bhutan. Many are eager for an opportunity to improve their relationship and reconcile differences with their country of birth.

Another positive is that Bhutan is a carbon-neutral country. Plus it has a happiness policy that is maturing, devoted to enhancing the happiness and progress of its people.

An opening to the Bhutanese in exile will also improve Bhutan’s ranking in the World Happiness Report – a ranking that it played a central role in establishing.

Last month, 17 young Bhutanese American professionals representing Peace Initiative Bhutan and other non-profit organisations visited Washington DC and called on Congress and the Joe Biden administration to help foster peace and reconciliation in Bhutan. The delegates also promoted a message based on trust and mutual understanding, in hopes of reaching sustainable peace by reconciling the existing differences between the government of Bhutan and the exiled Bhutanese. The delegates also met with the deputy director, South and Central Asian Affairs under the US Department of State and director for South Asia Regional Affairs National Security Brian Luti at the White House and asked for their continued support and engagement with Bhutan. Finding common ground is crucial for conflicting parties to come to a meaningful dialogue. The common ground in this situation lies in the desire to fulfil the aspirations of genuine gross national happiness in Bhutan.

Dealing with trauma means facing the fact that we have been harmed in some way. When we separate the action from the person who harmed us, we can help rehabilitate them and create new connections.  We need to learn to hate the game, not the player. Or, hate the sin, not the sinner.  We are all against injustice, and there are many ways to seek justice. As Gandhi said, “An eye for an eye makes the world go blind.”

To reconcile the people of Bhutan and bring peace, we need collaborative efforts. Community agencies, local organisations, religious leaders, politicians, the King of Bhutan, and businesses, all can play essential roles in this process.

We can deal with these issues using strategies that have worked in building peace elsewhere. Just one step in the right direction may make all the difference. Combining realism with hope may help us move toward a more peaceful future. We at the Initiative believe it is time for representatives of the Bhutan Government and the Bhutanese diaspora to sit down to discuss the future, focusing on agreement and accommodation.

Such a Bhutanese reconciliation would lead to a joyful, long-awaited reunion. The past should not stain our present and future. We can and must end animosity. We need to embrace each other and work on healing the wounds rather than making them deeper.

Note: An earlier version of this story erroneously said the King commuted a death sentence.

This is a Sapan News syndicated piece.