The US Has Taken Out Pakistan's Taliban Proxy

The drone strike may have killed Mullah Mansour but what it has really done is to deal a deathblow to Pakistan’s perennial game of plausible deniability after harbouring terrorists and unleashing them on its neighbours. 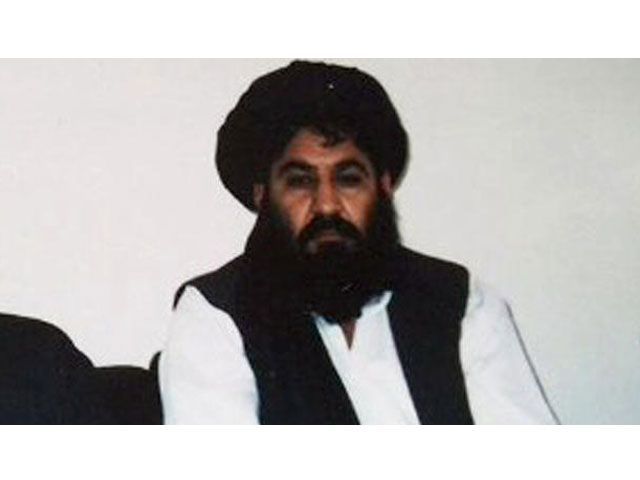 It is one thing for US officials to describe Pakistan as the ‘ally from hell’ and its policies as ‘duplicitous’, and quite another to actually remove any doubt about it by taking out Mullah Akhtar Mansour right on Pakistani soil. Mullah Mansour was the Afghan Taliban’s current emir and Pakistan’s handpicked successor to their previous leader, Mullah Muhammad Omar. Pakistan’s military leaders, who have a chokehold on the country’s foreign and national security policies, were caught with their pants down yet again. This past weekend, a US drone strike killed Mullah Mansour near Nushki in Pakistan’s Balochistan province where he was likely en route to his usual abode near the provincial capital, Quetta. Five years earlier the US had eliminated al-Qaeda leader Osama bin Laden in a raid right next to Pakistan’s premier military academy in Abbottabad. The key difference between the two attacks is that Pakistan’s current army chief, General Raheel Sharif, has been reassuring both his countrymen and the world that his outfit has changed tack and is fighting terrorism of all shades.

The fact is that Pakistan army under General Raheel Sharif has continued to harbour transnational jihadist terrorists like Mullah Mansour and his even more lethal lieutenant, Sirajuddin Haqqani, without a pause. Mullah Mansour was chosen the emir of Taliban in Kuchlak, which is about a half hour drive from Quetta, in an open assembly under the auspices of the Pakistani intelligence apparatus. Like Abbottabad, Quetta is also a major garrison city and is home to the Pakistan army’s Command Staff College, XII Corps, military selection and recruitment centre and the regional office of the Inter-Services Intelligence (ISI) Directorate. A highly active air force flying base is located at Samungli right outside Quetta. More importantly, the Balochistan province has been under a complete control of the army and the Frontier Corps, which have been conducting a particularly brutal and dirty war against the secular Baloch separatists for years. The province, especially Quetta, has been a no-go area for the foreign media and journalists for over a decade now. Veteran The New York Times correspondent and author of The Wrong Enemy: America in Afghanistan, 2001-2014, Carlotta Gall was physically beaten up by the intelligence goons when she was reporting on the Taliban activities there. Even US diplomats are not liberty to visit Balochistan at will. It is simply inconceivable that Mullah Mansour could have lived large in Balochistan and was appointed the Taliban leader without the Pakistani army’s knowledge, approval and patronage. It is imperative to remember that the Pakistani army is a highly disciplined organisation and the ISI is part of it, with the ISI chief often showing up at domestic and foreign engagements with General Sharif. The buck for harbouring Mullah Mansour stops at General Sharif’s desk and not with any lowly intelligence thug. The question of any rogue elements within the army or its ISI Directorate does not arise because insubordination has never been tolerated in the military’s 69-year history.

While some in Pakistan are trying to spin the Mullah Mansour assassination as some sort of cooperation between the US and Pakistan, where the latter tipped off the Americans because the Taliban leader was averse to peace talks, it actually smacks of distrust the size of the Grand Canyon. Pakistani Prime Minister Nawaz Sharif has already conceded that the US officials informed him and General Sharif of the attack after it occurred. The complete radio silence from the Pakistan army’s otherwise hyperactive spokesman, General Asim Bajwa, also indicates that they were stumped and stunned by the strike in an area not too far from where Pakistan had tested its nuclear weapons in 1998. The US had not informed Pakistan of the bin Laden raid either, and rightly so. While over half a dozen key members of the Haqqani Network (HQN) have been killed in over 90 drone attacks directed against the group, Sirajuddin has managed to escape several times thanks to being tipped off by his Pakistani patrons. Pakistan managed to keep secret not only Mullah Omar’s life there but also his 2013 death for a good two years while its blue-eyed boy Mullah Mansour ran the deadly show. It is extremely unlikely that after striving so hard to install, consolidate and project Mullah Mansour’s power over the fractious Taliban, Pakistan would simply hand him on a platter to the US. Mullah Mansour’s assassination is a great setback for Pakistan army and a major vindication for the Afghan government, which has claimed all along that Pakistan, through its Taliban and HQN proxies, is waging an undeclared war against Afghanistan. The Pentagon issuing a formal statement declaring the attack and US President Barack Obama himself confirming Mullah Mansour’s death underscores the fact that it was not a clandestine CIA hit but an act of war for which the US is willing to take responsibility under international law.

Both the US and Afghan President Ashraf Ghani have shown tremendous patience with the Pakistani leadership, and have gone through the tedious and fruitless talks that turned out to be a ruse by Pakistan to buy time for the Taliban and consolidate the jihadist group’s battlefield position. Unlike what some Pakistani analysts are saying, this US drone strike did not kill the peace talks; it merely buried a dead process. The Quadrilateral Coordination Group comprising the US, China, Pakistan and Afghanistan, which had met in Pakistan earlier this month, had made no headway at all. Pakistan had promised to deliver the “reconcilable” Taliban to the negotiations table and to take action against the “irreconcilable” ones. But as expected the pledge was hogwash. In all likelihood Mullah Mansour’s replacement will be as much a Pakistani proxy as he was and as averse to the peace talks. In the short run the level of Taliban and HQN-perpetrated violence in Afghanistan will go up but the decapitation will have far-reaching benefits in the long run. It will demoralise and divide an already bickering Taliban and stymy the momentum that Mullah Mansour had started to gain. The drone strike may have killed Mullah Mansour but what it has really done is to deal a deathblow to Pakistan’s perennial game of plausible deniability after harbouring terrorists and unleashing them on its neighbours. From General Pervez Musharraf to General Sharif, the Pakistani army has claimed that it fights terrorists only for the world to discover them inside Pakistan. Whatever the so-called redlines may be for Pakistan, the US seems have drawn a line in sand. It would be crucial to see whether the US eliminates the next Taliban chief as swiftly as it did in case of Mullah Mansour or waits as had happened with Mullah Omar.

Mohammad Taqi is a former columnist for the Daily Times, Pakistan. He tweets @mazdaki.