The mass demonstration in Karachi was launched by Pakistan Democratic Movement, formed last month by nine major opposition parties to begin a nationwide agitation against the government. 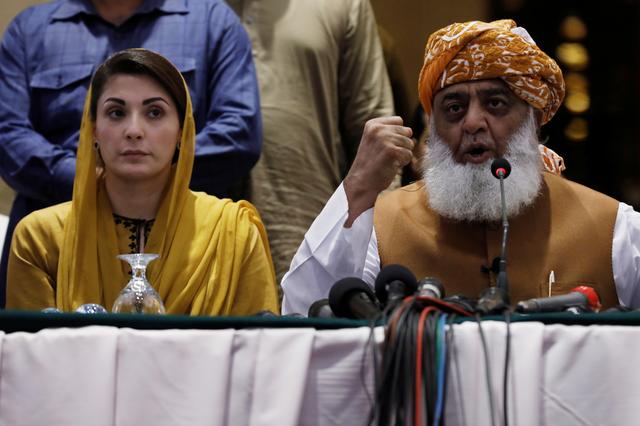 Karachi: Tens of thousands of opposition supporters rallied in Pakistan‘s largest city of Karachi on Sunday as part of a campaign to oust Prime Minister Imran Khan, who they accuse of being installed by the military in a rigged election two years ago.

The mass demonstration in Karachi was the second in three days launched by Pakistan Democratic Movement (PDM), formed last month by nine major opposition parties to begin a nationwide agitation against the government.

Under Khan, Pakistan has experienced mounting censorship of the media and a crackdown on dissent, critics and opposition. But the campaign against him sought to tap into discontent over his handling of the economy, which was tanking even before the global coronavirus pandemic struck.

“You’ve snatched jobs from people. You have snatched two-time a day food from the people,” Maryam Nawaz, the daughter and political heir of the former three-time premier Nawaz Sharif, told the rally.

In the early hours of Monday, police arrested her husband, Muhammad Safdar, following complaints from Khan‘s Pakistan Tehreek-e-Insaaf (PTI) party that he had raised political slogans at the mausoleum of Pakistan‘s founder, Muhammad Ali Jinnah, an action deemed illegal. 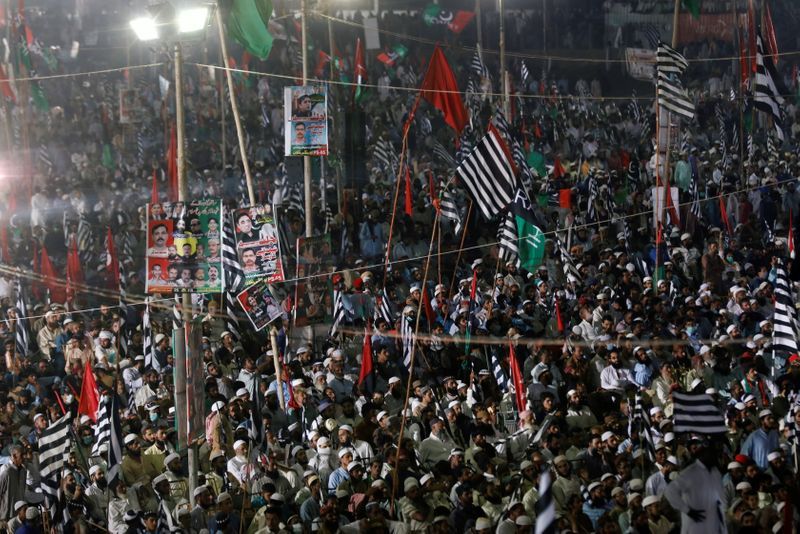 Supporters of Pakistan Democratic Movement (PDM), an alliance of political opposition parties, wave flags as they listen to their leaders during an anti-government protest rally in Karachi, Pakistan.

“Police broke my room door at the hotel I was staying at in Karachi and arrested Captain Safdar,” Nawaz tweeted on Monday morning. A spokesman of the provincial government said police had not acted on their orders.

During Sunday’s rally, she had shared the platform with Bilawal Bhutto Zardari, whose late mother Benazir Bhutto was also prime minister two times.

“Our farmers have hunger in their homes… our youth is disappointed,” said Zardari, whose Pakistan People’s Party governs the southern city of Karachi.

The message struck a chord with their supporters, in a country now suffering double-digit inflation and negative economic growth.

“Inflation has broken the back of poor citizens forcing many to beg to feed their children,” said Faqeer Baloch, 63, at the Karachi rally.

“It is high time that this government should go now,” he said as the crowd chanted, “Go Imran go!”

The next general election is scheduled for 2023.

On Friday, the opposition-held a mass rally in Gujranwala, a city in the eastern province of Punjab, a stronghold for Sharif’s Pakistan Muslim League (N).

Addressing the rally via video link from London, Nawaz Sharif accused army chief General Qamar Javed Bajwa of rigging the 2018 elections and orchestrating his ouster in 2017, saying the corruption charges brought against him were concocted.

The military, which denies meddling in politics, has yet to respond specifically to Sharif’s accusations. Khan, who denies the army helped him win, has defended the military and on Saturday threatened a fresh crackdown on opposition leaders.