Pakistani newspaper 'The News' in its report, citing anonymous government sources, said that Pakistan had written a letter to Afghanistan seeking the whereabouts of the terror chief. 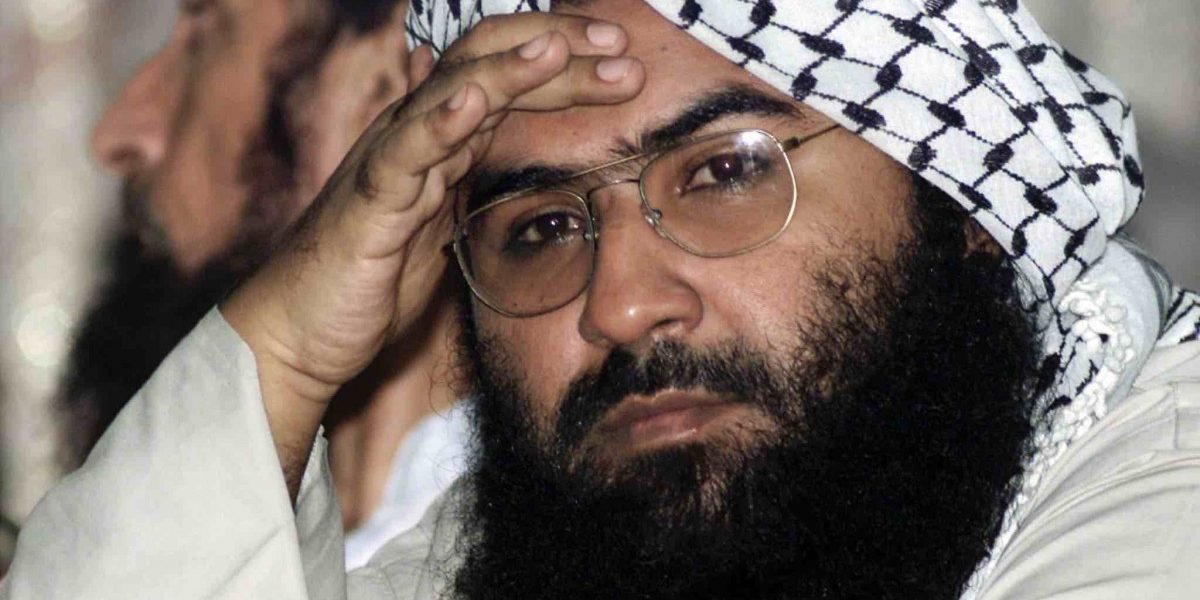 Earlier on Wednesday, Pakistani newspaper The News published a report, citing anonymous government sources, saying that Pakistan had written a letter to Afghanistan seeking the whereabouts of the terror chief.

“We have written a one-page letter to the Afghan foreign ministry, asking them to locate, report and arrest Masood Azhar, as we believe that he is hiding somewhere in Afghanistan,” said an unnamed Pakistani official, as quoted in the newspaper.

In the letter, Pakistan wrote that Azhar might reside in the Afghan provinces of Nangarhar and Kunar.

We reiterate that IEA does not allow any armed oppositions in its territory to operate against any other country. pic.twitter.com/LhKl3MmdI1

He also reiterated the Taliban government’s official counter-terrorism commitment of not allowing militant groups targeting other countries to operate from Afghan soil. “We reiterate that the IEA does not allow any armed opposition in its territory to operate against any other country,” added Balkhi.

Addressing the Pakistani side, Balkhi added, “We also call on all parties to refrain from such allegations lacking any proof and documentation. Such media allegations can adversely affect bilateral relations.”

We also call on all parties to refrain from such allegations lacking any proof and documentations. Such media allegations can adversely affect bilateral relations.

The Taliban spokesperson, Zabihullah Mujahid, told Tolo News that Masood Azhar was not in Afghanistan, but in Pakistan.

Later, the Pakistani newspaper Express Tribune quoted the Pakistan foreign office spokesperson saying that the report was “not true”. The News article had noted that the foreign office was asked for a comment, but “avoided to say anything on this development”.

However, Indian sources are convinced that this is part of Islamabad’s efforts to get out of the ‘grey list’ of the global terror financing watchdog, Financial Action Task Force (FATF), by attempting to give themselves “clean chits” to demonstrate that proscribed individuals and groups are being persecuted or that they have left the country.

Pakistan will likely exit the ‘grey list’ at the FATF plenary next month. Last week, a joint delegation of FATF and its regional affiliate, Asia Pacific Group (APG) on money laundering, visited Pakistan to verify the compliance of the 34-point action plan.

On September 2, Sydney-based APG released an update of the rating of its regional members that noted that Pakistan had a ‘low’ level of effectiveness on 10 out of 11 international goals on anti-money laundering and combating the financing of terror. However, officials admitted that this would not likely impact Pakistan’s removal from the FATF ‘grey list’ next month.

Also read: What Does US Aid to Upgrade Pakistan’s F-16S Mean for India?

The Taliban government has already faced a bit of a question mark about its commitment to not host any foreign terror groups after an armed US drone had killed the Al-Qaeda Ayman al-Zawahiri in Kabul in July.

US Secretary of State Antony Blinken has said the Taliban “grossly violated” the 2020 Doha agreement that led to the withdrawal of foreign troops from Afghanistan by hosting Zawahiri.

Pakistan’s foreign ministry released a statement that noted Yaqoob’s comments with “deep concern”. “In the absence of any evidence, as acknowledged by the Afghan minister himself, such conjectural allegations are highly regrettable and defy the norms of responsible diplomatic conduct,” the statement said.

These opposing statements exchanged between Afghanistan and Pakistan come at a time when the Afghan Taliban is mediating talks between Islamabad and the Tehrik-i-Taliban Pakistan (TTP).

While it would seem surprising that Pakistan would let the Taliban face accusations of hosting foreign terrorists, sources claimed that getting out of the FATF ‘grey list’ was a bigger priority for Islamabad at this juncture.

Already mired in an economic crisis, exiting the ‘grey list’ would mean a greater inflow of capital as foreign financial institutions would not have to weigh the risks of non-compliance with global standards to combat money laundering when transacting with the Pakistani financial system.