Newspaper editorials accused the Sri Lankan government – particularly the Rajapaksas – of trying to violently suppress protests instead of responding to people's demands. 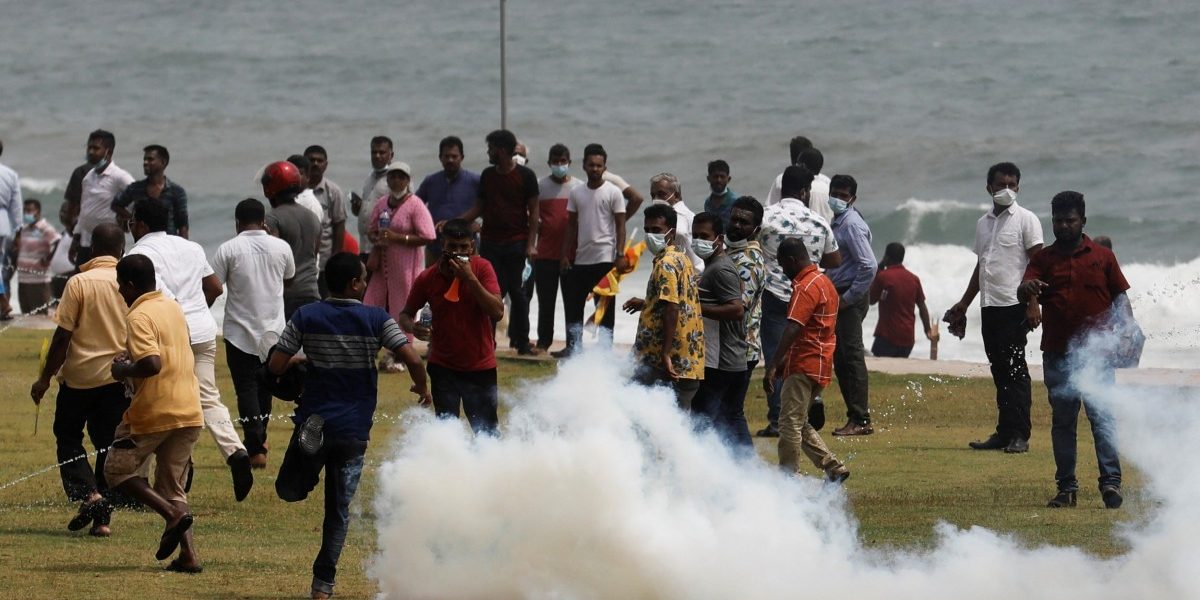 New Delhi: A day after widespread violence in Sri Lanka, when pro-government forces allegedly attacked peaceful protestors in Colombo and protesters retaliated by setting politicians’ houses on fire, newspaper editorials slammed the government – particularly the Rajapaksas – for trying to violently suppress protests instead of responding to people’s demands.

“While the country is under a state of emergency, for armed goons [who attacked anti-government protestors] to walk freely in the heart of Colombo in broad daylight shows that they had had the backing at the very top. The Minister-in-Charge of Police is Prasanna Ranatunga. But, consequent to Mahinda’s resignation, the Cabinet too, stands dissolved. Meanwhile the Defence Minister is the President,” Ceylon Today noted in its editorial.

The Daily Mirror added that a responsible government must tackle the root causes of dissent: “…the leaders of the government or the SLPP cannot justify the attacks in any manner. This is not a time that the authorities would be able to stop protests and demonstrations by way of suppressive means as in other ordinary times since people did not resort to protests this time just for political reasons. The current protests are a result of people’s rage prompted by their suffering due to economic hardships. Hence, suppressive actions would inevitably be counterproductive and as the Resident Coordinator for the United Nations in Sri Lanka had pointed out in her Twitter post cited above, the “Root causes for dissent must be tackled.””

The Island called the attack on the protest site “dastardly” and said it “must be condemned unreservedly”. “The timing of yesterday’s mob attacks makes one wonder whether those violent incidents were part of a sinister plan to perpetuate political instability in the country and scuttling the ongoing efforts to resuscitate the economy. It was obvious that they were premeditated, and some SLPP leaders were behind them,” the publication went on.

The FT took the opportunity to remind the military that despite the state of emergency, it must act in accordance with international human rights law. “The Sri Lankan military is on very thin ice when it comes to human rights and adherence to the law. It has for years been accused of numerous human rights and humanitarian law violations. Since 1971 the military along with the police were responsible for over 100,000 extrajudicial killings and enforced disappearances. …In such a context it is wise for the military top brass and their civilian leaders at the ministry including the newly minted State Minister for Defence, Prof. G.L. Peiris to tread cautiously at this delicate moment. They should all be put on notice that they would be held individually accountable for any violations in the coming days and weeks. Sri Lanka is Asia’s oldest continuous democracy, and despite its chaotic nature is well-capable of handling its political crises through peaceful, democratic means through institutions such as parliament without any assistance from the military.”

The Morning alleged that the crisis and violence the country is seeing today is the fault of the government in power, which refused to answer people’s legitimate concerns. “…the country is now officially and practically in a state of emergency and chaos thanks to power-hungry heads of the Government who are determined to remain in power even by shedding the blood of the innocent, and with the law enforcement authorities and defense forces having forgotten that they serve the people and not a Government. If this continues, Sri Lanka will not be able to even imagine what will become of public security, the rule of law, democracy, and the freedom of expression, and therefore, the people’s demands for better living conditions and a better political culture, will be a mystery.”