Suu Kyi is due to face trial on Monday on charges of breaching COVID-19 regulations while campaigning for the 2020 general elections, and for possession of unlicensed walkie-talkies. 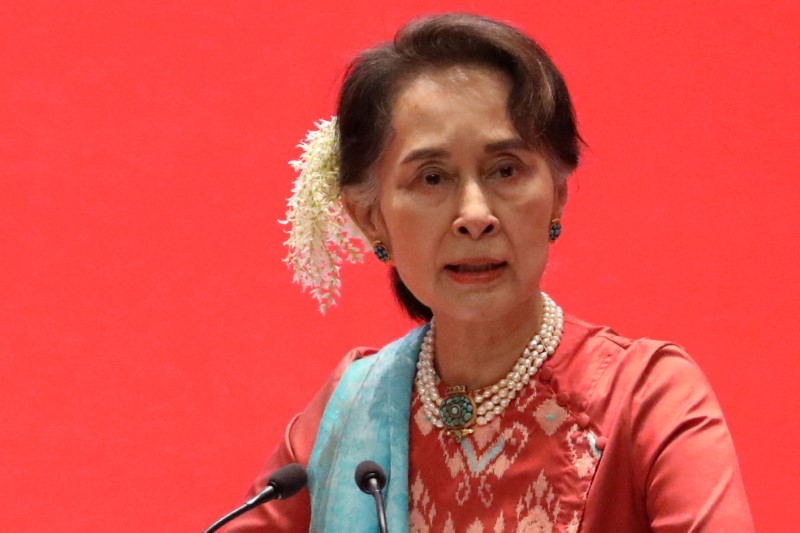 The trial of Myanmar‘s ousted leader Aung San Suu Kyi was set to start on Monday, as the junta that overthrew her elected government rejected criticism by the UN high commissioner for human rights over its use of deadly force against protesters.

Myanmar has been in turmoil since the junta seized power on February 1 and detained Suu Kyi along with other senior members of her party, unleashing daily protests and fighting between the armed forces and ethnic minority guerrilla forces and militias.

Suu Kyi, 75, is due to face trial on Monday on charges of breaching coronavirus regulations while campaigning for the election she won last November, and also for possession of unlicensed walkie-talkies.

The first trial is expected to run until the end of July, her lawyer said.

Nobel laureate Suu Kyi also faces other more serious charges including intent to incite, breaching the official secrets act and charges for accepting $6,00,000 and 11.4 kg worth of gold from Yangon’s former chief minister.

Her legal team has denied any wrong doing by Suu Kyi and her chief lawyer Khin Maung Zaw called the most recent corruption charges “absurd”.

Phil Robertson, deputy Asia director, Human Rights Watch, said in a statement that the charges Suu Kyi faced “are bogus and politically motivated” and “should be dropped, resulting in her immediate and unconditional release”.

The army says it took power by force because Suu Kyi’s party won the election through voter fraud, an accusation rejected by the previous election commission and international monitors.

Myanmar‘s security forces have killed at least 862 people during their crackdown on protests since the coup, according to the Assistance Association for Political Prisoners, an activist group, though the junta disputes the number.

Pro-democracy supporters took to the streets of the main city of Yangon on Monday, some chanting “revolutionary war, we participate”, according to social media posts.

Some activists said they planned to stage a series of strikes and protests on Monday to coincide with the birthday of Che Guevara, a Latin American revolutionary who became an international icon after his death.

The United Nations high commissioner for human rights Michelle Bachelet said on Friday that violence was intensifying, and condemned the army’s “outrageous” use of heavy weapons.

Bachelet said the junta had shown no willingness to implement a five-point consensus. It agreed with the Association of Southeast Asian Nations (ASEAN) in April to halt violence and start dialogue with its opponents.

In a press release, Myanmar‘s junta-led Ministry of Foreign Affairs rejected Bachelet’s statement, questioning the accuracy and impartiality of the report.

“The report neither mentioned nor condemned the acts of sabotage and terrorism committed by the unlawful associations and terrorist groups as well as the sufferings and deaths of the security forces,” it said.

The junta has branded a rival National Unity Government set up by supporters of Suu Kyi as a terrorist group and blamed it for bombings, arson and killings.

Myanmar‘s junta-controlled media on Monday accused an ethnic armed group of killing 25 construction workers in the east of the country after abducting a group of 47 people last month.

Reuters was unable to reach the Karen National Defence Organisation (KNDO) for comment on the accusation. The junta spokesman did not answer calls to seek further comment.