To portray the youngsters – who seem to have a clear understanding of their duty, which is to hold those in power accountable – as politically apathetic is counter-productive to a collective political struggle. 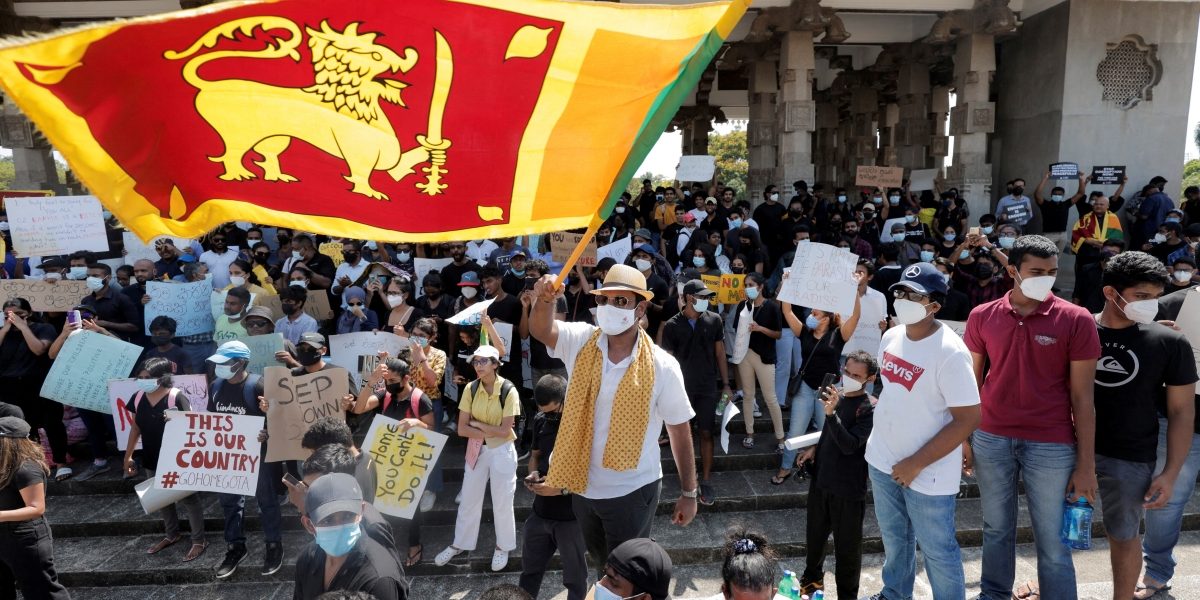 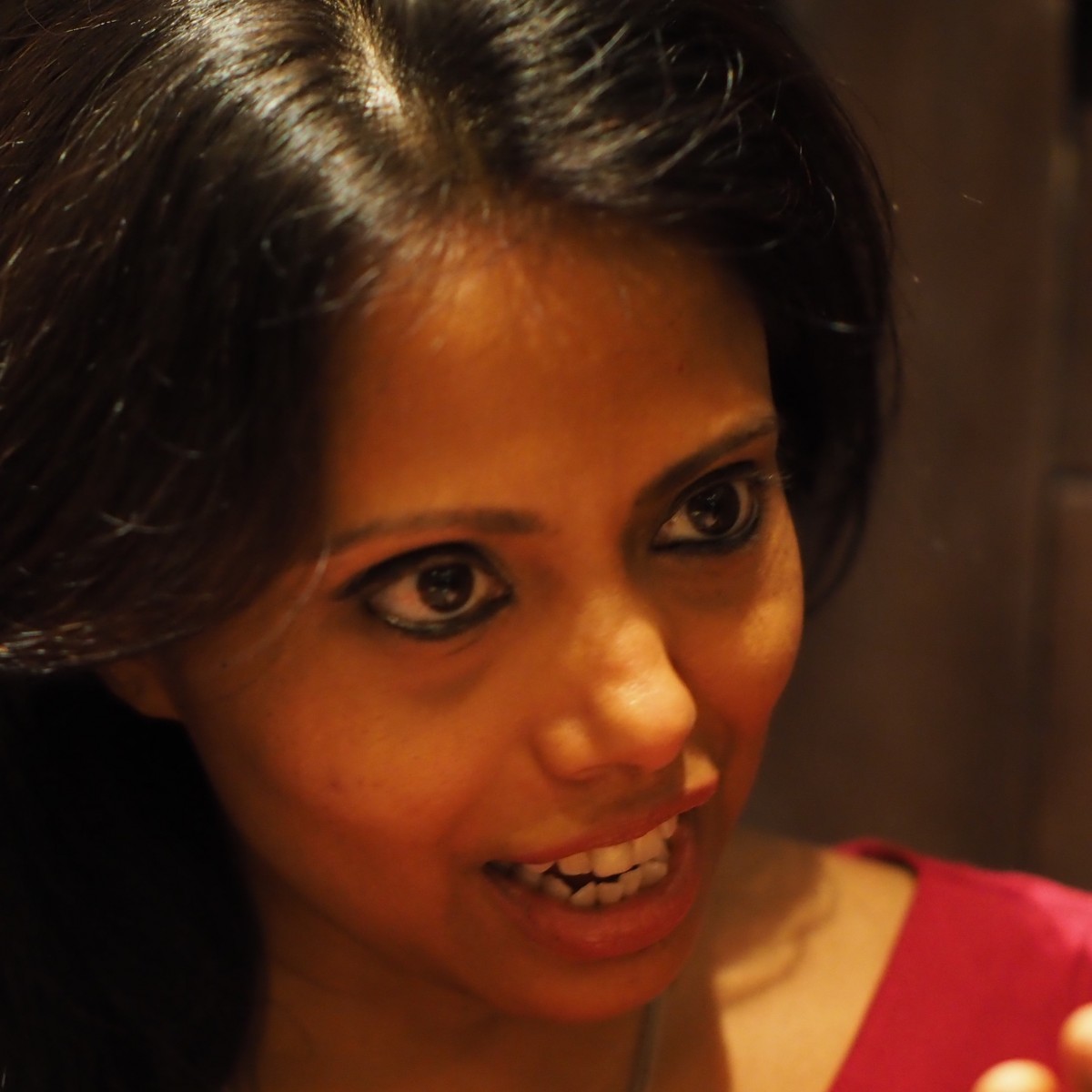 As on April 14, 2022, there have been 240 protests of different sizes around the country by different social groups, according to Watchdog’s protest tracker. These include protests by the fisherfolk in Galle and Ambalantota, carpenters in Moratuwa, private bus drivers in Anuradhapura, health workers of the Kandy, Kegalle and Mullaitivu hospitals, Free Trade Zone workers in Katunayake, and public protests in Akkaraipattu, Balangoda, Bandarawela, Batticaloa, Dambulla, Gampola, Habarana, Hambantota, Jaffna, Kandy, Kelaniya, Kurunegala, Mannar, Matara, Minneriya, Mullaitivu, Nuwara Eliya, Panadura, Ragama, Thihariya, Vavuniya, Walasmulla and Yakkala.

Labelling a broad show of citizen discontent as “youth protests” creates room to discredit the protests through claims that the young people do not know what they are doing, and hence, should not be taken seriously. Prime Minister Mahinda Rajapaksa in his speech on April 11, 2022 alluded to this by referring to protestors as “youth” and “young people” and stating their “elders” and “parents” would be able to tell them of the devastating repercussions of “youth protests”, thereby infantilising young persons who are portrayed as “misguided”.

The civil society, too, unwittingly ,seems to be falling into the trap of enabling this narrative. To portray the youngsters – who seem to have a clear understanding of their duty, which is to hold those in power accountable – as apolitical or politically apathetic does them great disservice and is counter-productive to a collective political struggle. 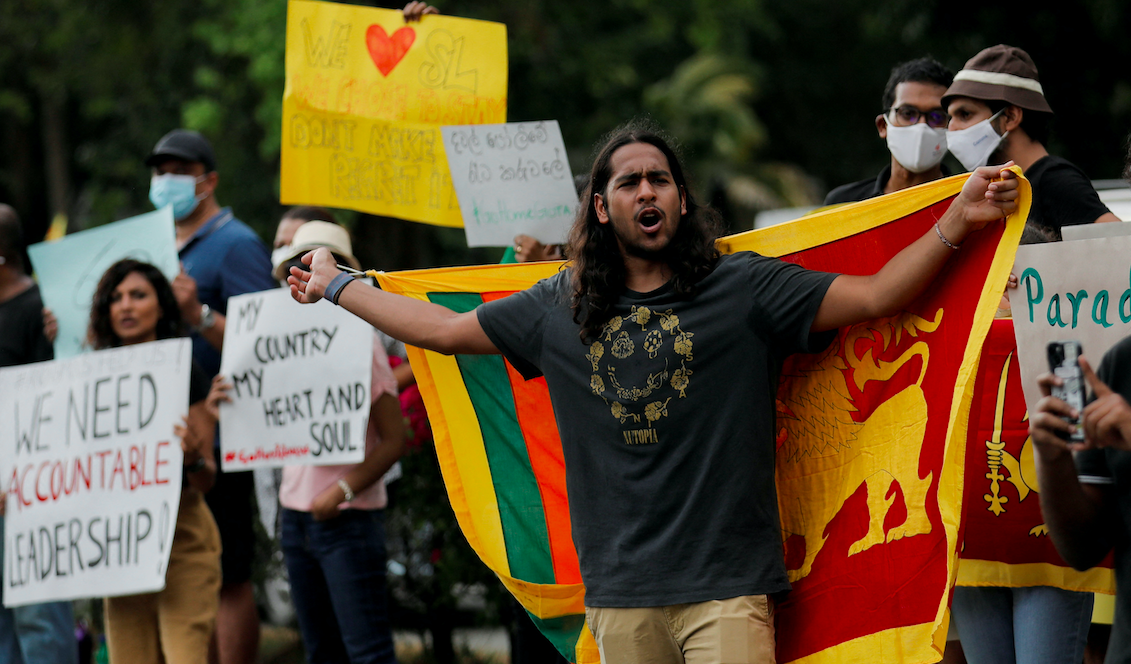 People, including youngsters, generally reject political parties because of their consistent failure to deliver on their promises. Therefore, expecting young people, who courageously stepped up to call for the resignation of the president, to trust political parties when they have done nothing to deserve it, illustrates a sense of entitlement.

Labelling citizens’ demands for accountability as “youth protest” also ignores the decades-long struggle for civil rights by communities such as Tamils that have challenged the state and particularly the Rajapaksas. For instance, the Tamil families of the disappeared have been protesting non-stop for 1,881 days demanding answers from Gotabaya and Mahinda Rajapaksa. The protests of these groups have been subject to surveillance, intimidation, harassment and threats by the security agencies. Several protestors, mainly women, have been called in for interrogation by the infamous Terrorism Investigation Department, notorious for torture.

The ability to protest freely is, hence, a privilege and is shaped by factors such as ethnicity, region and class, particularly when people do not have the safety of numbers.

Another growing assertion is that the protests need to have leaders and should be ideologically driven, because when people are called to the street, they need to know who is calling them. But is anyone calling people to the streets in an organised manner? Many protests around Colombo seem to have been initiated by a small group of persons who decided to protest and tried to encourage their family, friends and colleagues or passers-by to join them and posted it on social media. This resulted in others joining the following day.

While there is speculation about who is coordinating the protests, the reality is that various social groups that are not affiliated to any political party are supporting those who are occupying Galle Face. There does not appear to be a single entity either coordinating or gathering people together. This is evidenced by two facts: the homogeneity of people gathered at the protests outside Colombo, which reflects its spontaneity because it is by people of the area. And the heterogeneity of those gathering at Galle Face, which also illustrates spontaneity because of the impossibility of a single entity gathering such a large group of diverse people together.

One wonders if the laments about the lack of leadership are indicative of the yearning Sri Lankans have for power to be centralised and the eternal search for a “strong leader” to save the country. This yearning enables the creation of a paternalistic, non-rational core of the nation and the cult of personality, whereby the relationship is not one of accountability between the voter and the elected but a relationship between a superior and a subordinate.

Staying in your lane

The demands of the protestors in Colombo began with calls for electricity, gas and fuel and moved to calling for the resignation of the president, and thereafter, the entire Rajapaksa family. Although the slogans at the protests at Galle Face are broader, they have not included and amplified the demands of many protestors outside Colombo, such as the demands of the farmers and fisherfolk or the people in Vali North in Jaffna to return their lands still occupied by the military.

Two common themes/demands are emerging from the protests: The explicit theme/demand is harsh criticism of the government, usually accompanied by demands for the resignation of President Gotabaya Rajapaksa and his family. The implied demand is the re-imagining of the dysfunctional Sri Lankan state and the power to hold those we elect and appoint to public positions accountable.

Keep in mind that those protesting are not seeking to be negotiators during a constitutional reform process or to be involved in political negotiations. They are expressing discontent and have specific demands, which they see as imperative to begin the recovery process. It is the role of the opposition parties, civil society and experts to put forward specific proposals and the media to disseminate them. It is their role to create awareness and public consensus on red lines, proposed changes to institutions, laws, etc.

Meanwhile, the civil society is engaged in discussions and suggestions are being made about establishing committees to draft documents to present to the government. Even at the meeting of the opposition parties, which was called by former President Chandrika Bandaranaike Kumaratunga, the decision focussed only on “forming a committee to identify what is be done”.

The blind spots in the ‘big tent’ approach

It appears many see value in adopting the ‘big tent’ approach at Galle Face, in particular, to increase the pressure on the president to resign. While this is strategic, we should not be under any illusion that this moment of common purpose will magically erase historical, systemic and structural problems that are the cause of inter-community conflict. Or that it will miraculously effect systemic change.

For the Tamil community, examples of such historical and systemic issues include the absence of a political solution to the ethnic conflict nearly 13 years after the end of the war; the lack of progress on accountability for violations committed during the war, especially during the last stages; continuing violations, such as the failure to uphold language rights; militarisation of the North and East and takeover of land.

The ‘big tent’ has accepted Buddhist priests who have espoused racism and benefitted from the Rajapaksa regime. While the right to protest of these persons is not disputed, their change of heart must not be accepted unquestioningly. They should be held accountable for their past actions and should at least acknowledge and accept their errors, particularly the factors that drove their support, such as racism, and make amends.

Also read: Sri Lanka’s Passage Into an Alley of Darkness – And Lessons for India

At the same time, those who have been historically discriminated and marginalised may not feel they are part of the ‘big tent’ because issues of concern to them, such as fair wages for plantation sector workers and military acquisition of land in the North and East, are not part of the broader slogans. This could be due to three factors: the devolved nature of the protests that have not agreed upon slogans; the lack of awareness amongst the Southern public, in particular, about these issues; and the failure of many to view these issues as intrinsically linked to the discriminatory nature of an ethnocratic Sri Lankan state, crisis of governance and the policies of the Rajapaksas. 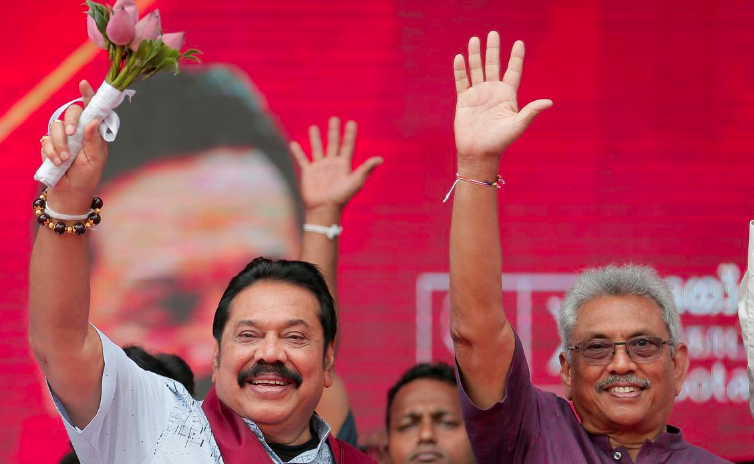 This is why there are fewer protests in the North and East with fewer people than elsewhere. Another reason is a combination of exhaustion and feeling they have fought long enough, and this is a battle others have to take on board now.

The value of Occupy Galle Face

Criticism of Occupy Galle Face has also centred on its methods – that protestors are not taking it seriously, that there is song and music, that it is like a party. These comments demonstrate a failure to understand the multi-faceted nature of protests and the fact that protests will always have those who come along for their own purposes.

Galle Face turning into ‘a carnival’ has perhaps broken the taboo on protesting, especially the middle-class aversion to and disdain for protesting “on the streets”.

It is undeniable that Occupy Galle Face serves a critical purpose. The Presidential Secretariat is the seat of power. It is a place previously thought impenetrable and yet, now, the most powerful man, who was once the most feared man in the country, is unable to access it. It is a place whose gates no one dreamt would be draped with photos of journalists who were attacked and assassinated, many of which the current president is alleged to have ordered.

As journalist Marlon Ariyasinghe wrote on Twitter, “This is the culmination of past and present, dead and alive Sri Lankans from all over the world who have spoken against the Rajapaksa regime since 2006.”

But this time, it is more than that.

We need to address the elephants in the room – our dysfunctional political structures, the culture of patronage and nepotism, the Sinhala Buddhist nature of the state, the discrimination of minorities and such. If we fail to do that, like many other points in our history, this moment will only be a moment and yet another lost opportunity.

Ambika Satkunanathan is a fellow at the Open Society Foundations and was a Commissioner of the Human Rights Commission of Sri Lanka from 2015-2020.