The authorities believe Zahran Hashim, the founder of the National Thawheedh Jamaath (NTJ), masterminded and was one of the nine suicide bombers in the attacks on Easter Sunday which killed 253 people.

A member of the Sri Lankan security forces sits on a motorbike as he keeps watch outside St Anthony's Shrine, days after a string of suicide bomb attacks across the island on Easter Sunday, in Colombo, Sri Lanka April 28, 2019. Credit: REUTERS/Thomas Peter

Colombo/Kattankudy: Sri Lankan police raided the headquarters of a hardline Islamist group founded by the suspected ringleader behind the Easter suicide bombings of churches and hotels, a Reuters witness said, as Sunday mass was cancelled due to fears of further attacks.

Armed police in the town of Kattankudy searched the headquarters of the National Thawheedh Jamaath (NTJ) and detained one man at the premises, a Reuters reporter at the scene said. Police did not comment.

On Saturday the government banned the NTJ under new emergency laws.

The authorities believe Zahran Hashim, the founder of NTJ, masterminded and was one of the nine suicide bombers in the attacks on Easter Sunday which killed 253 people. Islamic State claimed responsibility for the attacks.

Police suspect the bombings were carried out by two local Islamist groups, including the one established by Zahran. Around 10,000 soldiers have been deployed around the island as the authorities hunt for more suspects.

Police sources told Reuters on Sunday that Zahran’s father and two brothers had been killed two days earlier in a gun battle with security forces. A relative identified the three men in a video circulating on social media calling for war against non-Muslims.

The Archbishop of Colombo Malcolm Ranjith, who had asked churches to suspend Sunday mass due to security fears, delivered a televised special sermon from a chapel at his home. The service was attended by President Maithripala Sirisena, Prime Minister Ranil Wickremesinghe and former president Mahinda Rajapaksa. 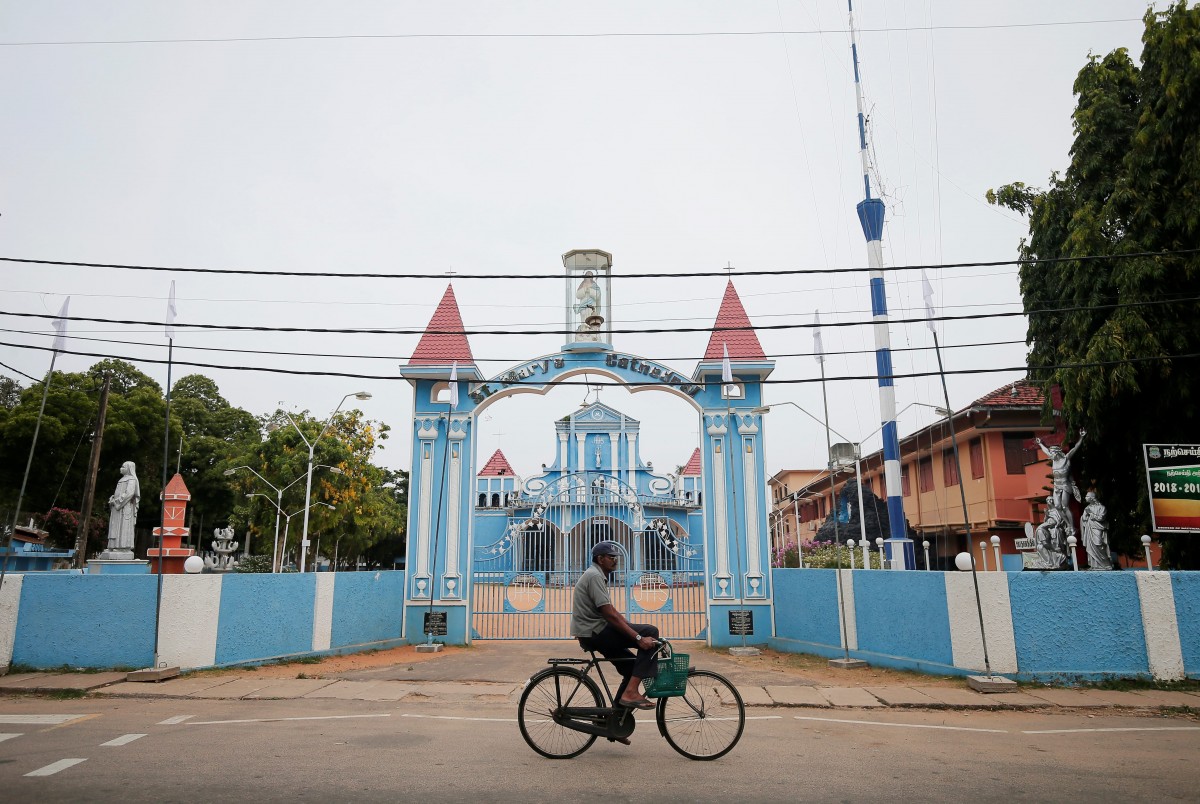 The archbishop said earlier this week that he had seen an internal security document warning of further attacks on churches.

“We cannot kill someone in the name of God … It is a great tragedy that happened,” the archbishop said in his sermon.

“We extend our hand of friendship and fraternity to all our brothers and sisters of whatever class, society or religion that differentiates us.”

The archbishop and political leaders then lit candles to commemorate the victims.

Most of those killed in the Easter Sunday attacks were Sri Lankans. The dead also included 40 foreigners, including British, US, Australian, Turkish, Indian, Chinese, Danish, Dutch and Portuguese nationals.

Police believe that radical Muslim preacher Zahran led the NTJ – or a splinter faction – to mount the attacks in Colombo as well as on a church in Batticaloa in the east.

The authorities have named the other group suspected of involvement as Jammiyathul Millathu Ibrahim.

Neither group were well known before the attacks but the government has come under heavy criticism for not heeding intelligence warnings of the bombings, including one from India’s spy service hours before the attacks.

On Friday, Sirisena said the government led by premier Wickremesinghe should take responsibility for the attacks and that prior information warning of attacks was not shared with him.

More than 100 people, including foreigners from Syria and Egypt, have been detained for questioning over the Easter attacks.

The Sri Lankan military said at least 15 people were killed during a fierce gun battle with Islamist militants on the east coast on Friday, including six children. 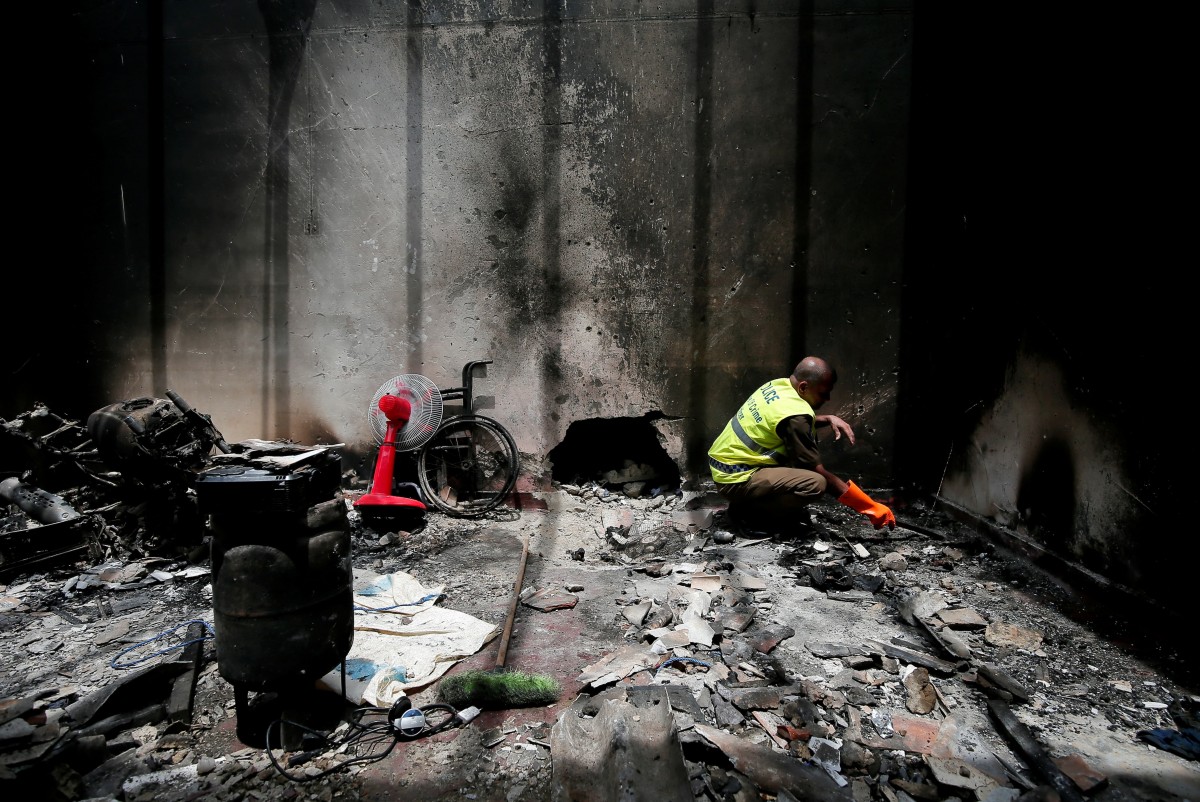 A police officer inspects the site of a gun battle between troops and suspected Islamist militants, on the east coast of Sri Lanka, in Kalmunai, April 28, 2019. Credit: Reuters

In an apparent reference to the three men, Islamic State said on Sunday that three of its members had clashed with Sri Lankan police for several hours on Friday before detonating their explosive vests. It did not name them.

The group‘s news agency Amaq said 17 policemen were killed or injured in that battle. It did not give any evidence.

At the Kingsbury Hotel in Colombo where one of the bombs went off last Sunday, Buddhist monks, some as young as 10 and senior clergy, performed rituals in a tribute to the victims.