Yuan Wang 5's docking was delayed after India cited security concerns, but New Delhi and Washington "failed to give concrete reasons" for why they opposed its arrival, Colombo said. 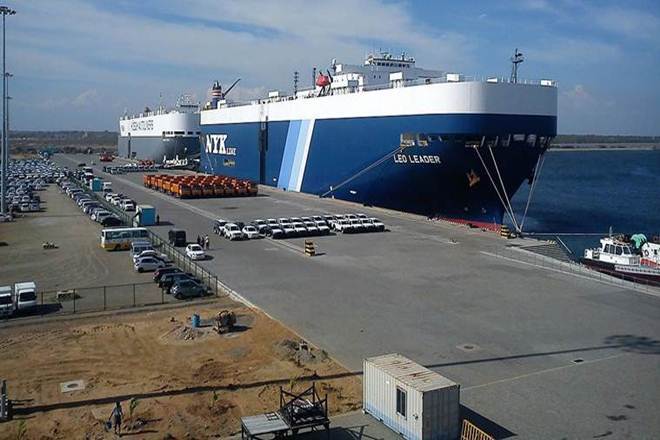 New Delhi: Sri Lanka on Friday, August 12, granted permission for the high-tech Chinese tracking vessel Yuan Wang 5 to dock at the Hambantota Port after India and US “failed to give concrete reasons” for why they opposed its arrival, according to local media reports.

According to the Sri Lankan newspaper Sunday Times, the ship will dock at the Hambantota International Port on August 16, five days later than originally scheduled. Sri Lanka had asked the docking to be deferred after India raised strong concerns citing national security.

The report says Colombo requested China to defer the visit until “further consultations” were held on the matter. “The vessel abruptly changed track earlier this week. However, it is now heading towards Hambantota again,” it added.

US Ambassador Julie Chung also raised concerns about the ship in a meeting with President Ranil Wickremesinghe on Monday.

The Sri Lankan government asked India and the US to explain their opposition to the ship docking but neither party offered “concrete reasons” and the government granted the go-ahead, according to the Sunday Times.

While China on August 8 slammed India for its “completely unjustified” citing of “security concerns” to pressure Colombo and “grossly interfere” in its internal affairs. “We urge the relevant parties to see China’s marine scientific research activities in a rational light and stop disrupting normal exchange and cooperation between China and Sri Lanka,” a Chinese foreign ministry official said.

On Friday, India rejected China’s allegation that Colombo was pressured by New Delhi to delay the docking. “Sri Lanka is a sovereign country and makes its own independent decisions,” the Ministry of External Affairs spokesperson said.

On July 12, amidst the political turmoil in Sri Lanka, the previous government approved the Chinese vessel’s docking at the Hambantota Port.

The Chinese vessel was expected to dock at the Sri Lankan port for “refuelling and replenishment’ and to conduct satellite control and research tracking in the northwestern part of the Indian Ocean region through August and September.

The southern deep-sea port of Hambantota is considered strategically important for its location. The port, located in the hometown of the Rajapaksa family, has been developed largely with Chinese loans.

The ties between India and Sri Lanka came under strain after Colombo gave permission to a Chinese nuclear-powered submarine to dock in one of its ports in 2014.

In 2017, Colombo leased the Hambantota port to China Merchant Port Holdings for 99 years, after Sri Lanka was unable to keep its loan repayment commitments, fanning fears in India over the potential use of the port for military purposes.

China is the main creditor of Sri Lanka with investment in infrastructure. Debt restructuring of Chinese loans would be key to the island’s success in the ongoing talks with the International Monetary Fund for a bailout.

India, on the other hand, has been Sri Lanka’s lifeline in the ongoing economic crisis. It has been at the forefront of extending economic assistance of nearly $4 billion to Sri Lanka during the year as the island nation is grappling with the worst economic crisis since independence in 1948.