Sri Lanka President Swears in 8 Ministers, No Finance Minister Yet 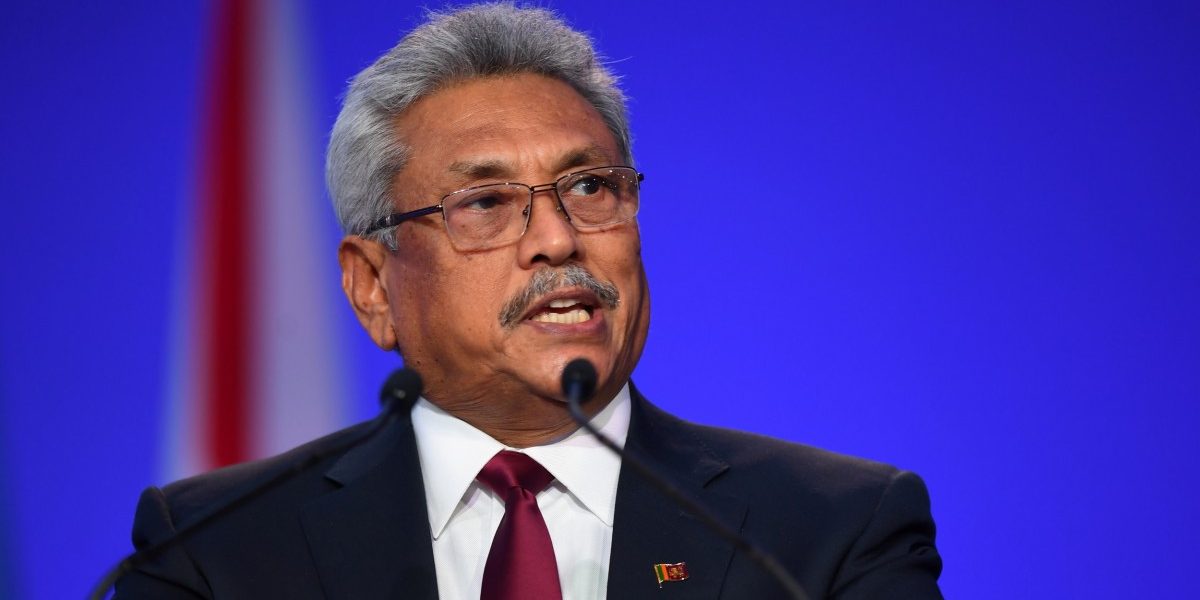 Colombo: Embattled Sri Lankan President Gotabaya Rajapaksa on Monday, May 23, expanded the Cabinet with the induction of eight more ministers but he did not appoint a finance minister once again to handle the worst economic crisis facing the island nation.

The new ministers belong to the ruling Sri Lanka Podujana Peramuna (SLPP) and its allies – the SLFP and the EPDP, a Tamil minority party in the north.

Rajapaksa, since the public protests began to rage against him for his resignation, has now reshuffled his Cabinet five times, including forcing the resignation of his elder brother and Prime Minister Mahinda Rajapaksa.

The ministers will serve in the interim Cabinet of Prime Minister Ranil Wickremesinghe set up with the objective of handling the ongoing economic crisis.

While Vidura Wickramanayaka was appointed as minister of Buddhasasana, Religion and Culture; Naseer Ahamed was given the portfolio of the Environment Ministry.

Bandula Gunawardana has been given the portfolios of both Transportation & Highway as well as the Mass Media ministries. Roshan Ranasinghe has been appointed as Minister of Irrigation. He will also hold the portfolio of Sports and Youth Ministry.

President Rajapaksa on Friday had expanded his Cabinet to include nine more ministers, including those from the Opposition, in an effort to ensure stability until a full Cabinet is formed in the debt-ridden island nation engulfed in the worst economic crisis since its independence.

The ministers were sworn in after a delay of more than a week since the president appointed new Prime Minister Ranil Wickremesinghe. Rajapaksa reappointed five-time former Sri Lankan prime minister Wickremesinghe, after his predecessor – the president’s brother Mahinda Rajapaksa – resigned in the wake of violent attacks by his supporters on peaceful anti-government protesters.

His resignation automatically dissolved the Cabinet, leaving an administrative vacuum.

The post of finance minister continued to remain unstable ever since President Gotabaya in April sacked his younger brother Basil Rajapaksa, who was at the centre of anger within the ruling Sri Lanka Podujana Peramuna (SLPP) coalition over mishandling of the economic crisis.

On April 4, Gotabaya appointed Ali Sabry as the finance minister, however, he submitted his letter of resignation to the president within 24 hours amid mass protests against the government over alleged economic mismanagement.

Later, he returned to the position after no one came forward to accept the post and led the government’s negotiating team at the International Monetary Fund (IMF) as the island nation struggles to combat the unprecedented shortage of foreign reserves.

However, his position became null and void automatically after the Cabinet dissolution.

On May 3, Sri Lanka appointed its first new Cabinet under Prime Minister Wickremesinghe.

In Friday’s swearing-in, two ministers were from the main Opposition Samagi Jana Balawegaya (SJB), while the rest came from Rajapaksa’s own Sri Lanka Podujana Peramuna (SLPP) and from the group which had resigned from the ruling coalition.

The Cabinet will be limited to 25 members, including the president and the prime minister.

The appointments came as Sri Lanka grappled with its worst economic crisis since gaining independence from Britain in 1948.

The crisis is caused in part by a lack of foreign currency, which has meant that the country cannot afford to pay for imports of staple foods and fuel, leading to acute shortages and very high prices.

Last month, the country declared its inability to service its debt amounting to US $ 51 billion. In 2022, the foreign debt commitments were at US $ 6 billion.

India’s economic assistance package since January had kept Sri Lanka afloat in its worst economic crisis since independence in 1948. India provided credit lines for the purchase of fuel and essentials as Sri Lanka’s foreign reserves depleted. New Delhi has committed more than US $ 3 billion to debt-ridden Sri Lanka in loans, credit lines and credit swaps since January this year.

The political crisis was triggered in late March when people hurt by long hours of power cuts and essential shortages took to the streets demanding the resignation of the government.

President Rajapaksa sacked his Cabinet and appointed a younger cabinet as a response to the demand for resignation. A continuous protest opposite his secretariat has now gone on for well over a month.

The president’s brother resigned as the prime minister to make way for the president to appoint an interim all political party government.