The extension means it will continue for a month before it must be approved again, acting-president Ranil Wickremesinghe said. 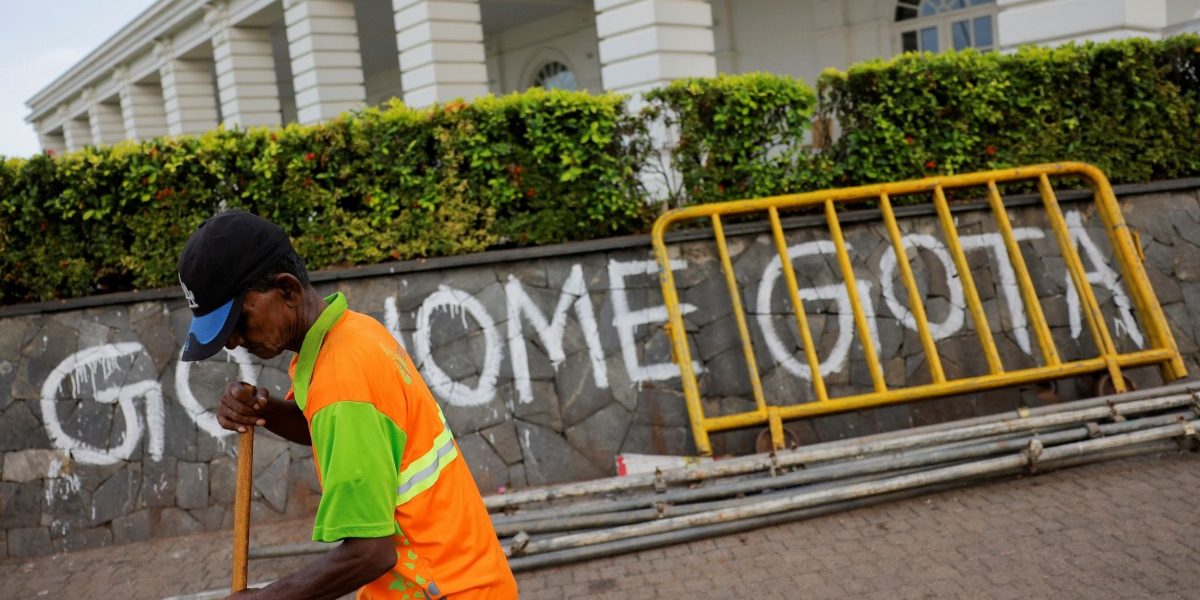 Colombo: Sri Lanka’s parliament approved the extension of a state of emergency for a month on Wednesday, a lawmaker said, in a bid to get a grip on a political and economic crisis that has forced a change of leadership.

Then acting-president Ranil Wickremesinghe had declared a state of emergency on July 17. It allows for the military to be given powers to detain people, limit public gatherings and search private property.

The extension means it will continue for a month before it must be approved again, the lawmaker said.

Wickremesinghe won a parliamentary vote to become president three days after he declared the emergency, and a week after Gotabaya Rajapaksa fled the country and resigned from his post of president in the face of widespread protests.

The country of 22 million people has been crippled by an economic crisis, with shortages of fuel, food and other necessities.

The protests, which culmimated with crowds swarming into the official presidential residence before Rajapaksa fled on July 13, have largely fizzled out.

Also on Wednesday, Rajapaksa was granted permission to stay a further 14 days in Singapore, where he landed two weeks ago via Maldives, two sources familiar with the matter told Reuters.

The extension will last until Aug. 11, they said.

Singapore’s immigration authority did not respond to a request for confirmation of the move. The Singaporean government has said he had not been granted asylum but was in the country on a private visit.

“It is my belief he may eventually consider returning to Sri Lanka but there is no definite political or other stance on this,” Sri Lankan government spokesperson Bandula Gunwardena said on Tuesday.

If Rajapaksa returned to Sri Lanka, he might not be protected under law if any charges were filed against him, legal experts said.

“His immunity was only for the duration of his time in office as president. He can be prosecuted for criminal conduct, including bribery and corruption,” lawyer Luwie Niranjan Ganeshanathan said.

Also Read: The Underside to the Sri Lankan Crisis: Lessons for India

Wickremesinghe, who served six terms as prime minister, took over as president in a parliamentary vote after Rajapaksa quit.

He has outlined plans to have a donor conference involving India, China and Japan after Sri Lanka secures a rescue line from the Interenational Monetary Fund (IMF). He said on July 18 that negotations with the IMF were nearing a conclusion.

The head of the main U.S. humanitarian organization meanwhile criticized China for financing what she called opaque loans to the island nation and funding non-essential infrastructure.

Calls to provide more significant relief have not been answered, Samanatha Power, head of the U.S Agency for International Development (USAID), said in a speech in the Indian capital New Delhi.

“And the biggest question of all is whether Bejing will restructure debt to the same extent as other bilateral creditors,” she said.

Over the last decade and a half China has lent Sri Lanka more than $5 billion for projects including highways, a port, an airport and a coal power plant. But critics charge the funds were used for white elephant projects with low returns, which China has denied.

Sri Lanka is in talks with China for up to $4 billion in assistance to help navigate the financial crisis.