Rajapaksa, or his chosen family anointee could easily have won the presidency and parliament fair and square in little over a year. Instead, he has now possibly given the UNP and Ranil Wickremesinghe an undeserved life-line that he may live to regret. 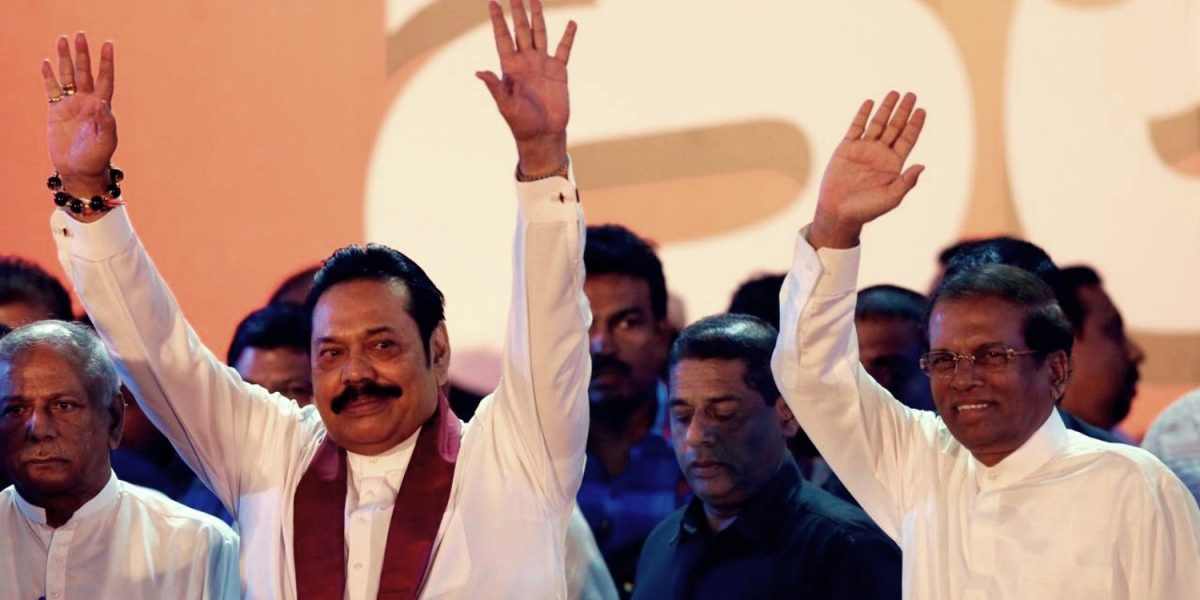 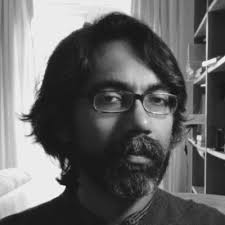 In Sri Lanka, it’s yesterday once more. Mahinda Rajapaksa and his family are back in charge. For those who are very young, or with very short memories, the experience of the last few days will serve as a quick explainer of the past, and a guide to the potential future.

Elected MPs have been purchased like cattle, the media has been intimidated and cowed, and the constitution is subverted and creatively re-interpreted on a daily basis, to serve the whims and convenience of the rulers. The majority community is equated to the country as a whole, and its insecurities stoked and inflamed to win consent for this illegality, while the minorities who are targeted by this process are left insecure and anxious. In the north and east, those who have been brave enough to hold vigils, speak about their missing, or to memorialise the dead are left vulnerable and exposed to an emboldened securitocracy waiting for the right signal to spring back into action.

President Maithripala Sirisena’s stealthy dismissal of Prime Minister Ranil Wickremesinghe on 26 October, 2018 has triggered an extraordinary political crisis, and has set the stage for a prolonged period of instability and even worse.

A predictable cast of characters: the brothers, corrupt cronies, flattering sycophants, inflammatory monks, lesser demagogues, fake hunger-strikers, habitual quoters of Gramsci, disgraced public officials, and ex-Tamil paramilitaries, have all crawled back out of the woodwork to remind everyone just how egregious, malevolent, chauvinistic and corrupt the Rajapaksas were and will be. 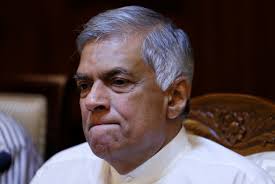 Shortly after what is misleadingly referred to as a ‘constitutional coup’, the President and his newly appointed prime minister appeared to have woken up to the reality that their actions were constitutionally invalid.

The president simply does not have the authority to dismiss prime minister in this manner. That power was expressly removed by the 19th amendment to the constitution, passed in 2015 a few short months after Sirisena’s own election, and which he himself along with his faction of MPs campaigned for and helped to bring into being.

In other words, this wasn’t a ‘constitutional’ coup at all. It was in reality an unconstitutional seizure of power that has no validity

Regardless, Sirisena and Rajapaksa ploughed on, and took charge of state institutions, under the assumption that the political crisis and instability they had triggered can be settled in parliament through a show of strength.

A parliamentary majority and a vote of confidence for the newly appointed prime minister would infuse them with authority, bring post-hoc legitimacy to their illegal seizure of power, and dismay the opposition and public at large into silence and passivity. However, this too, did not go according to plan, and the president apparently came to learn after the fact that Rajapaksa did not have the requisite majority and would struggle to find one, and would need time.

With no easy option in sight, an increasingly desperate Sirisena doubled down, and prorogued parliament for almost three weeks in the hope that it would give Rajapaksa adequate time needed to bribe opposition MPs to cross-over. After an intense period of negotiation, parliament is now set to be convened on 14 November.

Since then, a string of MPs have crossed over, walking the walk of shame to accept the offer of ministerships under Rajapaksa. This process has revealed, among other truths, that the going price for an MP is now in the hundreds of millions of rupees (in the millions of US dollars), and is payable in foreign currency in London.

One brave MP even recorded and made public the fateful phone conversation making that offer and inducing him to cross the floor. Another MP who crossed over has since crossed back, and has since apparently fled to London. The Sri Lanka Muslim Congress’s leader took the precaution of dispatching all seven of its MPs out of the country in the midst of the crisis to perform Umrah in one group together, and to focus their minds on matters more spiritual in nature.

It actually remains to be understood why exactly Rajapaksa ever agreed to this coup and why he found it to be in his political interest. Left to itself, the yahapalanaya project of ‘good governance’ was already paralysed and crumbling. The UNP-led government was losing popularity with each passing day and would have died a natural death at the polls in 2020.

Sirisena himself was fast becoming politically irrelevant, and his remaining parliamentary supporters could, with time, have lapsed back into the Rajapaksa fold. Mahinda, or his chosen family anointee could easily, with a little patience, have sat back and won the presidency and parliament fair and square in little over a year. Instead, the coup has now possibly given the UNP and Ranil Wickremesinghe an undeserved life-line.

Also read: How Mahinda Rajapaksa Pulled off a Constitutional Coup in Sri Lanka

It is even less easy to understand Sirisena’s choices, and why he chose to jump into this political rabbit hole with the fox that is Rajapaksa. Sirisena’s co-existence with Wickremesinghe was always going to be problematic. But it bears no comparison with what it will be like next to Rajapaksa, who bears an enormous grudge against Sirisena, and whose henchmen have a reputation for vengeance and even violence. In his first year in power, Sirisena appeared to project a statesmanlike quality that offset his lack of a personal political base, and he won respect and admiration across the country. He could, if he had continued thus, have secured his legacy in this manner and left the office of president with this reputation and dignity intact. But he has of late appeared increasingly out of his depth in his role, behaving erratically, making unwise public pronouncements, and lurching from one self-made crisis to the next. His desperate actions have tipped Sri Lanka into a crisis for which there is no apparent end in sight, and in which there no dignified exit strategy for himself

As Sri Lanka’s political establishment heaves its way tortuously to its day of reckoning in parliament on 14 November, there is still no certainty as who will ultimately win the confidence vote in parliament and how it will all end. At the time of writing, Rajapaksa still lacks a majority, and is set to lose the vote and bring back the status quo ante. If that happens, it would be an immense humiliation for Sirisena and Rajapaksa.

With no way back, they are likely to resort to increasingly desperate, obscure, or illegal ways to preclude the holding of such a vote. One such possibility that has been floated by Sirisena is to bypass parliament and hold a referendum to seek approval for his actions. Another option, which would be a further unconstitutional step if he attempted it, is to dissolve parliament and hold fresh elections. In other words, the options available are not likely to resolve the crisis as much as to deepen and prolong it into the future.

Moreover, the reality is that the confidence vote itself cannot possibly resolve the political crisis, regardless of who wins. Although the president, the purported prime minister, and their staff have issued a steady stream of gazette notifications, ministerial appointments, and policy announcements, the incumbent in Temple Trees has correctly refused to accept his dismissal, and remained in place, as did his cabinet and ministers.

A Rajapaksa government that emerges out of a successful confidence vote on November 14 will continue to bear the stain of illegitimacy. The opposition parties will refuse to accept it, and it will not have the consent of a significant part of the population.

In contrast, the Rajapaksa presidency from 2005– 14, for all its flaws and hideousness, was not questioned on the grounds of its fundamental legitimacy to rule. It came to power on the basis of elections and the opposition accepted the verdict. This is of course not to forget the circumstances of the 2005 election, and the role of the LTTE’s boycott that handed a razor-thin victory to Rajapaksa.

One should not also not forget the circumstances of the 2010 election, in which the losing presidential candidate was arrested and subsequently spent two years in jail. But regardless of these evident abuses and assaults on the democratic conscience, Rajapaksa’s authority as president from 2005– 14 was not challenged and decried in the way that his appointment as Prime Minister in 2018 has been subject to dispute and to the existence of another rival Prime Minister.

In contrast, a political crisis signifies a deeper disequilibrium in the system itself, in terms of its rules, integrity, and legitimacy. The system was tipped into a state of crisis when the president unconstitutionally dismissed the prime minister. It will end only when the integrity of the system is restored, or when a new and different legitimate system is established. In this case, it requires, at the minimum, a transparent process of accountability for the president’s misuse of power that has consequences, and that does not reward the beneficiaries of his unconstitutional actions.

Without such a process of reckoning or regulation, there is literally nothing to stop Sirisena from capriciously doing it again and dismissing the newly appointed prime minister yet again the day after the confidence vote, or to try some other unconstitutional prank that throws the system into turmoil again.

Finally, it is worth mentioning that the last time that any such comparable level of national political illegitimacy existed in Sri Lanka was in 1983. At that time, J.R. Jayawardena held a questionable and probably rigged referendum to extend the life of his parliament (which had a super-majority) by another term without holding elections. Jayawardena got his way, but his authoritarianism, and the wilful flouting of democratic norms was not without consequences.

Similarly, while there is much to chuckle about in recounting the travails of Rajapaksa’s second coming, it would be false comfort to assume that the second time is always just a farce, because as with the 1983 referendum, it bears the menace of future tragedies and unexpected consequences waiting to unfold.

Rajesh Venugopal is Assistant Professor at the Department of International Development at the London School of Economics and Political Science. His book,  Nationalism, Development, and Ethnic Conflict in Sri Lanka, has just been published by Cambridge University Press in September 2018.