What Lessons Can South Asian Nations Draw from the Afghan Experience?

As the Taliban seize power once again, the US's attempts to create a nation with a semblance of sovereign law and order have not materialised. For democratic nation-states in the region, these attempts provide crucial insights. 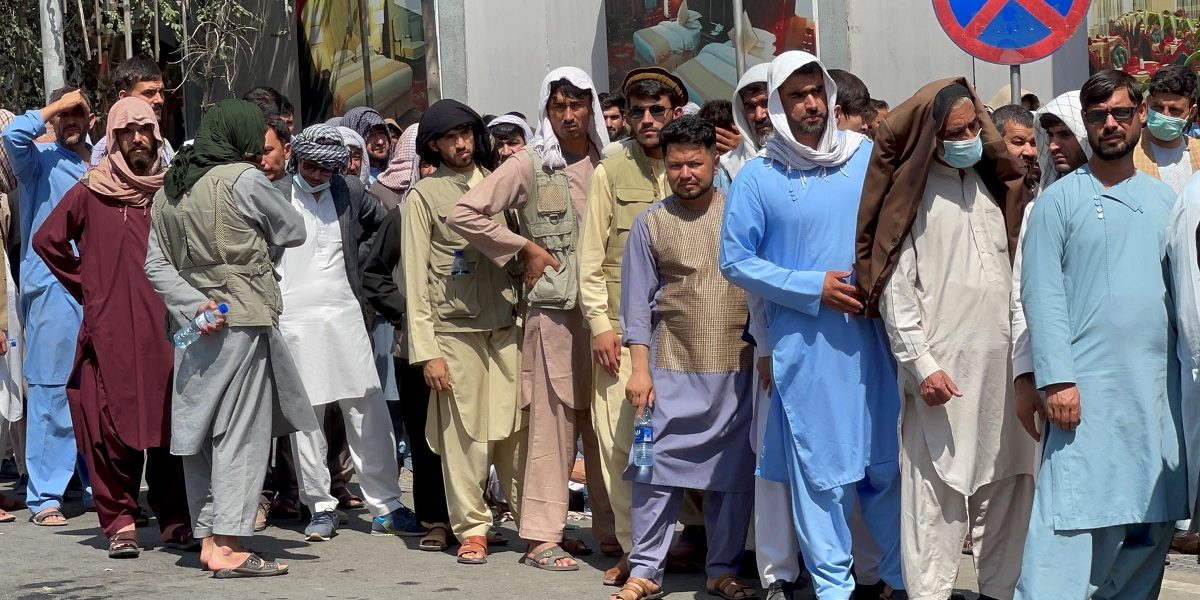 Afghans line up outside a bank to take out their money after Taliban takeover in Kabul, Afghanistan September 1, 2021. Photo: Reuters/Stringer

For those wondering, if there are any sub-regional or national lessons for South Asian nations to be drawn out from Afghanistan’s own condition after the US military pulled out and the Taliban took over the country, the clear answer is: Yes, there are.

These lessons are concerned more with the emphasis on endogenising processes of ‘state-institution building’; the need to avoid coercive forms of top-down governance sans local cooperation and community support, and realising the counterproductive economic effects of heavy ‘foreign aid dependence’. Let’s begin with the last point first.

As a noted economist recently pointed out:

“Foreign aid is a steroid. It can protect against, and help with recovery from disasters, humanitarian crises, pandemics, disease outbreaks. But it does not facilitate economic transformation, and can do huge damage when its magnitude rises to double-digit levels of GDP. Countries that have shaken off aid addiction have done so due to leadership that made ‘exit from aid’ a strategic objective. That’s the big difference between Pakistan and Bangladesh, Cambodia and Vietnam.”

The Afghan economic growth started stalling after 2012, once foreign aid started receding from a high of about 50% of GDP (largely being remitted from the US to finance its war). The big injection of ‘foreign’ money or investment did not translate into sustainable domestic growth.

Any sane economic policy advisor would know how the focus on ‘aid-supported investments’ needs to be directly connected with the objective of raising domestic productivity, say for Afghan farmers, their local investors and entrepreneurs for greater economic and social mobility for those positioned at the bottom of the development pyramid.

In fact, despite aid being as high as 50% of GDP, as economist Atif Mian recently highlighted, the fraction of (Afghan) people living below poverty rose from 34% to 55%. America’s so-called ‘war’ in Afghanistan failed to ‘build stuff’ better and more efficiently for the Afghan people. Worse, the local national government and provincial establishment allowed this to happen, experiencing the ills of moral hazard, where, an addiction to ‘aid’ for financing operations crowded out the motivation to move out from a chronic state of import dependency, to become atmanirbhar.

But, what about the American experiment to institute a ‘top-down’ governance approach?

The West’s meltdown in Afghanistan has clearly shown how ‘democratic institutions’ cannot be established by force, nor imported through foreign aid. US efforts in the Middle East have shown the same results, again and again. The European Union now is facing the same set of questions for members like Hungary and Poland too, which have seen a serious dent in their democratic credentials under authoritarian, undemocratic leadership.

In the case of Afghanistan, the US must have understood quite early on that the only ‘sustainable’ way to create a stable, self-reliant nation with some degree of semblance of sovereign law and order was to establish or develop robust state institutions. Afghanistan’s political landscape lacked a functioning security force, courts, and a competent bureaucracy, which the American establishment sought to address by transferring even more resources (call this ‘aid’) and provide ‘knowledge support’ through foreigners.

Nation-building or democratic conduct in institutional propriety doesn’t work for a top-down, state-first process. As Daren Acemoglu recently stated, “US policymakers, in context to Afghanistan, were following a ‘venerable tradition’ in political science. The assumption is (was) that if you can establish overwhelming military dominance over a territory and subdue all other sources of power, you can then impose your will. Yet in most places, this theory is only half right, at best; and in Afghanistan, it was dead wrong.” 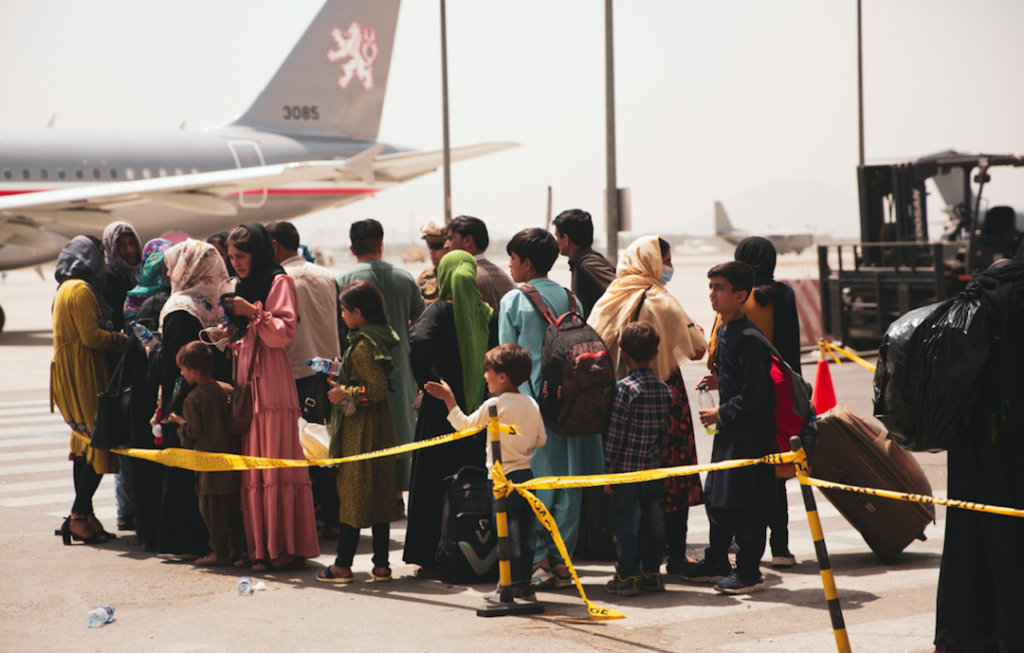 Civilians prepare to board a plane during an evacuation at Hamid Karzai International Airport, Kabul, Afghanistan August 18, 2021. Photo: Reuters

Lessons to be learnt

So, what can other South Asian nations-including India, learn from the Afghan experience?

To answer this, it might be useful to draw upon the joint work of Daren Acemoglu and James Robinson from their 2019 book, The Narrow Corridor. In it, Robinson and Acemoglu explain how ‘top-down’ processes in governance rarely work in a deeply ‘heterogeneous’ society that is organised around local customs, norms, and where state institutions have long been absent or found to be impaired.

The only successful cases of ‘top-down’ governance approach in Asia – evident from the Qin dynasty in China or the success of the Ottoman Empire, or Akbar’s rule in India under the Mughal empire – were all engineered by ‘compromise’ and ‘cooperation’ with some degree of decentralised autonomy provided to the citizenry, not by brute force or top-down coercive action.

In such a model of cooperation-induced governance based on social trust, the ‘state’ is not imposed on a society as a Leviathan i.e. against society’s wishes, but rather, state institutions build legitimacy for better enforcement of a state’s will (its rules and institutional guidelines) by securing a ‘modicum of popular support’. That never happened in Afghanistan.

For India too, the current context of a heavily centralised, top-down governance model under Narendra Modi-Amit Shah is already seeing the nation-state downgrading itself from a ‘functional’ to ‘flailing’ state. The continued downward trajectory under a neo-patrimonious conduct, a top-down heavy-handed (coercive) governance approach may soon see it transitioning into a ‘failing’ state.

If state-building proceeds against a society’s own wishes – or fails to gather its trust and cooperation – such efforts produce even greater collective resentment, inducing a feeling of negative solidarity, or worse, giving way to violent anti-state militant action or civil wars. Democracies in danger, under authoritarian regimes, may well learn to be wary of this.

In recollection, some might say how ridiculously stupid it was for the US to push for a “state-first strategy” in Afghanistan, given its military’s past experience in Vietnam and Iraq. But, it would be even more stupid for democratic nation-states in the neighbourhood (including India) to not only learn from the ills of coerced, top-down governance approaches but also learn to govern through greater local cooperation and community-led support.