A Serial Killer on the Loose? Murder and Rape of 8-Year-Old Zainab Ansari in Pakistan Causes Outrage

Being the twelfth such case over the past few years, police believe a serial rapist-murderer is stalking the children of Kasur. 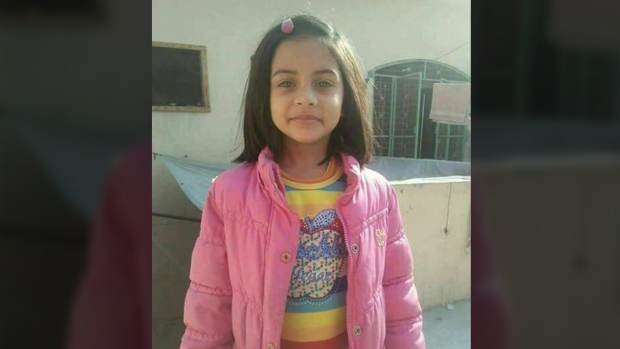 Kasur, Pakistan: The rape and murder of eight-year-old Zainab Ansari in Kasur, Pakistan has caused outrage across the country. Scores of citizens have taken to the streets to protest – this is reportedly the twelfth such case in Kasur over the past few years. The police believes that a serial killer may have made the city his playground.

Zainab was seen on a CCTV camera being led away by a man on January 4 while reportedly on her way home from a Quran class. At the time, her parents were on a pilgrimage to Mecca. In their frantic hunt for the daughter over the next five days, the family shared the CCTV footage on social media widely.

But no happy reunion came about. Her body was eventually found by the police in a pile of garbage on January 9. She had been raped multiple times before being strangled.

“Zainab’s father, Ameen Ansari, a security guard at a local technical training institute, announced that he will not bury the body until the police arrest her killers. He asked the government and the Supreme Court to provide justice for his daughter,” reports Express Tribune.

Dawn reported that riots erupted in the city on January 10, where “two people were killed by gunshot wounds as enraged protesters armed with sticks and stones attempted to storm the deputy commissioner’s office and clashed with police”.

A number of police officials have been transferred out of the region for failing to investigate complaints of missing children since 2015, when authorities uncovered what they called a paedophile ring linked to a prominent local family, reports Reuters. At least two people have been convicted in the case, in which authorities say hundreds of children in the district were abused.

“According to sources, the DNA found on the victim was similar to that found on previous rape and murder victims,” reports Express Tribune.

“Besides DNA matches, other aspects of the crime scene also match. All victims were between the age of five and eight, they would go missing for few days prior to their bodies being recovered from abandoned places such as under a construction house, park, or a drain. All previous victims were also found strangled to death.”

In an impassioned two-minute bulletin, Samaa TV’s news anchor Kiran Naz condemned the murder. All the while, she symbolically had her own daughter sitting in her lap. “Today I’m not your news anchor Kiran Naz. Today, I’m a mother,” Naz started the bulletin. “It is true when they say that the smallest coffins are the heaviest and entire Pakistan is burdened by the weight of her coffin.”

Ruling Pakistan Muslim League (Nawaz) member Hina Butt has submitted a privilege motion in the Punjab Assembly, seeking justice for 11 other minor girls who were killed after rape in Kasur and adjoining areas during the last year.

Opposition Pakistan Peoples Party (PPP) chairman Bilawal Bhutto termed the brutal rape and murder of the girl as “shocking and a slap on the face of Sharifdom (Sharif brothers)”.

With inputs from Reuters