Organisers Should Have Cancelled Conference After MEA Barred Pakistanis: Scholars

"Is there merit in working with Asian institutions in the hope of helping to strengthen academic freedoms and civil society, recognizing the contexts of current limitations?" the organisers from Association for Asian Studies have asked in response. 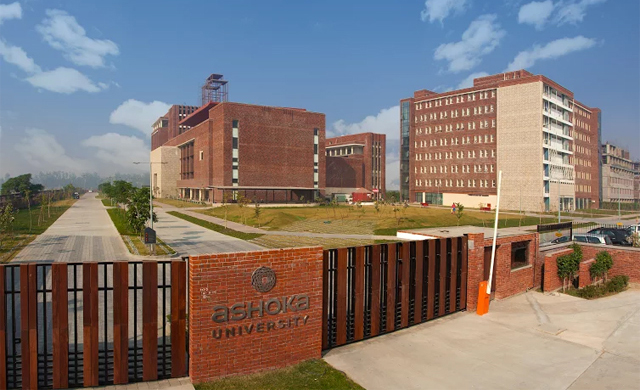 New Delhi: More than 600 scholars who work on Asia have written to the organisers of the AAS-in-Asia conference and the board of directors of the Association for Asian Studies expressing their anger and dismay at the organising committees “failures and negligence” in informing participants and others that the government of India had barred Pakistani scholars from attending the conference, to be held in Ashoka University.

As The Wire had reported earlier, foreign scholars had to apply for an Indian visa with a copy of the invitation and no-objection letters from the ministries of external affairs and home affairs.

But the political clearance letter from the MEA includes explicit instructions from the Indian government to not include any scholars from Pakistan at the event. The organisers said in a statement that ban on Pakistani scholars went against the free exchange of ideas.

The AAS yesterday released a statement on the “controversy” around the conference, responding to the scholars’ letter. They said that they tried to use “back-channel negotiations” to ensure that scholars from Pakistan are able to attend the event. The group has claimed that they did not know, when choosing Ashoka University as the venue, that the MEA would impose this kind of restriction. “While there are financial costs in canceling a conference for which reservations were made over a year in advance, there is a broader question to be addressed: Is there merit in working with Asian institutions in the hope of helping to strengthen academic freedoms and civil society, recognizing the contexts of current limitations? We might also go further to ask if scholars should refuse to participate in international conferences held in any country with problematic government policies. This would include the U.S., which has a blanket ban on potential participants from seven countries,” the AAS has said.

Full text of the letter written by the 600-plus scholars is reproduced below.

Dear Organizers of AAS-in-Asia and the Board of Directors:

We, the undersigned, would like to register our written protest regarding the upcoming AAS-in-Asia conference to be held in New Delhi from 5-8th July 2018. We object to the AAS-in-Asia’s organizing committee’s failures and negligence to do the following:

1. The Association for Asian Studies failed to inform all conference participants in a timely manner that the AAS received explicit directives from the Government of India to exclude scholars from Pakistan. These directives were written in a letter from the Ministry of External Affairs dated 19 February 2018, prior to the deadline for registration. As such the conference organizer’s claim that too much prior planning and organization had already been done, does not hold weight. However, it is only recently (7 June) that this letter has come to our and the public’s attention. Had the AAS appropriately communicated the nature of these directives, participants could have made informed decisions about whether to support and attend the conference. The delay in informing scholars of the likelihood of rejected visas (in May) amounts to a lack of transparency by AAS. In other words, the implication is not simply that there was inadequate time for planning, but that the delay in sharing this critical information with participants served to limit our options for protest and has shifted the financial implications of any protest onto individual scholars (for many participants it is no longer financially viable to boycott the conference at this late stage).

2. While AAS does not have the “authority” to change government policy, as a professional body representing thousands of scholars globally, it has a responsibility to lead with integrity and take a stand against attacks on academic freedoms. It is ethically unacceptable that the AAS did not immediately publish a statement of support for our Pakistani colleagues and did not immediately condemn the government’s attacks on academic freedom. This is despite the fact that the American Institute for Pakistan Studies was a cosponsor of the conference. In our opinion, the AAS’s silence on this issue indicates their complicity with the Government of India.

3. The Association for Asian Studies defines itself as a “professional association open to all persons interested in Asia and the study of Asia.” As such, the directive from the Indian government directly contravenes the AAS’ own mission statement. Despite the organization’s statement that they “deeply regret” the Indian government’s decision to ban Pakistani nationals from attending the conference, we feel that the AAS could have taken more proactive steps to assert their independence from the Indian government and to explore alternative strategies for holding the conference, including finding an alternative location, setting up a virtual conference, or formally registering our protest as a scholarly organization with the Indian government and other relevant parties. AAS failed in its duty to inform its members of these developments which negatively impacts all scholars who work in Asia and who consider the AAS to be an important intellectual home.

4. The AAS cannot simultaneously claim to represent scholarship on Asia while allowing its conference to become the grounds for the Indian state–or any other state, for that matter–to enact virulent and blatant forms of religious, national, or other forms of exclusionary violence. The guidelines for submissions for the conference clearly mentioned that preference would be given to panels which were diverse in terms of regional representation from Asia. If this was in fact true, then for AAS to accept the Indian Government’s missive to not include Pakistani nationals in the conference could mean only one of two things: they have no problem with Pakistan as a region going unrepresented at an international annual conference on Asia, or, even more problematically, they want Pakistan to be represented but just not by Pakistanis themselves. This approach stifles critical, cross-border conversations that could occur at the conference–which are even more urgently needed today, given forms of xenophobia and nationalism across the world. AAS’ tacit complicity with this position of excluding scholars on the basis of national origin is unconscionable.

We, the following signatories and scholars of Asia, are deeply disappointed that AAS-in-Asia failed to express a collective ethical and political commitment to academic freedom in Asia by canceling this conference. We urge the committee and Board of Directors to reevaluate their mission statement and their “statement on the denial of visas” in light of critical global events that threaten to erode the legitimacy, political value, free expression and dissemination of academic work.

As scholars invested in challenging and not just studying the dominant configurations of Asia, we expect AAS to be accountable to its own mission and its membership.