Indian officials hit back at Pakistan later, describing the reference to Jammu and Kashmir as "unwarranted", "churlish" and "out of context". 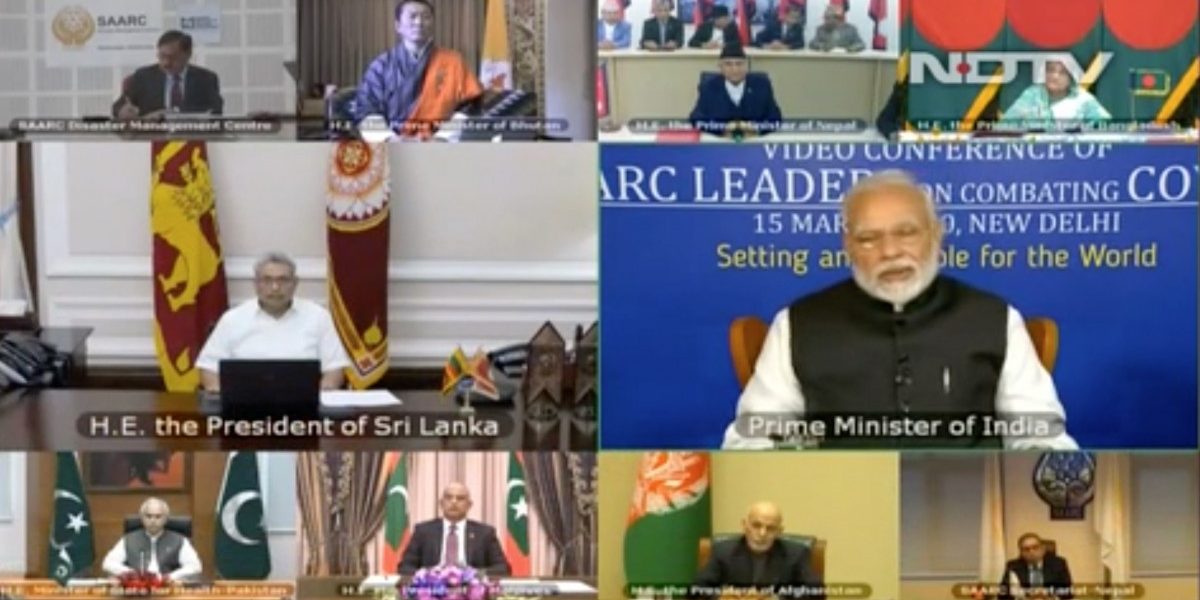 New Delhi: Pakistan on Sunday sought the removal of all remaining restrictions in Kashmir during the SAARC video conference on COVID-19, prompting Indian officials to describe its comments as “unwarranted” and “churlish”, even as Prime Minister Modi, at whose initiative the discussion was held, mooted a South Asian emergency fund and put down $10 million to launch it.

Pakistan was represented by the Prime Minister Imran Khan’s special advisor on health, Dr Zafar Mirza. His primary proposal was for a “regional mechanism” for the exchange of disease surveillance data in rea time. During the second round of remarks, however, Mirza expressed concern about the detection of coronavirus cases in Jammu and Kashmir – he used the phrase ‘Indian-Occupied Kashmir’ – and called for the lifting of all communications and movement restrictions at the earliest so as to effectively counter the virus.

“Equity in health is a fundamental principle of public health. In this regard, let me say that it is a matter of concern that COVID-19 has been reported from Indian-occupied Jammu and Kashmir, and in view of the health emergency, it is imperative that all lockdowns in the disputed territory must be lifted immediately, opening up communications and movement would facilitate dissemination of information, allow distribution of medical supplies and enable containment and relief efforts to proceed unimpeded,” said Mirza.

There was no official response from India either during the video conference or after, but government sources were not amused. “They have tried to politicise a humanitarian issue. The representative looked uncomfortable making the statement and a chit was passed to him at the last moment”, an Indian official told reporters later.

The sources asserted that Pakistan “chose to be churlish” and “used the opportunity to bring [an] unwarranted and out of context reference”. “For our point, we have demonstrated that we have the political will to convene together… We could have left out Pakistan”.

They also expressed scepticism about the number of coronavirus cases being reported in Pakistan. Sources noted that around 3,700 Pakistani pilgrims returning from Iran have been housed in camps in Balochistan, which would likely lead to a spurt in the actual figures.

Meanwhile, Indian officials made it clear that the video conference was not part of a project to revive SAARC, whose leaders have not met since 2016. “It is too premature to talk in those terms,” he said.

During the video conference, Modi proposed an emergency fund to fight the pandemic, with an initial offer of $10 million from India.

“We are assembling a Rapid Response Team of doctors and specialists in India, along with testing kits and other equipment. They will be on stand-by, to be placed at your disposal, if required,” the Indian PM said.

India is also getting a number of requests from a number of countries from across the world for supply of medicines and protective equipment. “We are working on how to work with Italy and Iran to meet their essential needs,” said government sources.

However, India is not going to take a position on Iran’s call for removing sanctions. “We don’t have any direct view… We all know that this is an ongoing issue. We don’t want to get into it”, Indian officials said.

So far, 336 Indians have been evacuated from Iran. In total, there are 6000 nationals, which include 1100 pilgrims and 300 students. There were also around 1000 Indian fishermen.

Till now, 1144 Indians have been evacuated from China, Japan, Iran and Italy.

The Ministry of Home Affairs on Sunday also announced the shutting of all land border crossings between India and Pakistan for the movement of individuals other than UN officials and diplomats at Atari.

A number of specified border crossings between India and Bhutan, Bangladesh and Nepal will however remain open.