Newly-built accommodations are an essential element – along with general safety and security – to convince Rohingya refugees to voluntarily return to their villages that they left a year ago after their homes were destroyed during security ‘clearance operations’ by Myanmar security forces.

Dhaka: With Bangladesh and Myanmar still to repatriate even one refugee, infrastructure development in devastated Rakhine villages is seen as crucial to convince the Rohingya to return – with the construction of 250 pre-fab houses being a key piece in the puzzle, top Bangladeshi officials indicated.

But senior Bangladeshi officials believe that China still holds the card to “settle” the Rohingya crisis between Bangladesh and Myanmar.

Around 1.2 million Rohingya refugees – classified in Bangladesh as ‘forcibly displaced Myanmar nationals’ – have fled their homes and crossed the border since August 2017, following a major security crackdown after a terror attack on border forces.

During his visit to India last week, United Nations secretary general Antonio Guterres had said that India should support Bangladesh in mitigating the “huge humanitarian crisis” by putting pressure on Myanmar government and military to take back the refugees to a safe and secure environment.

Bangladesh also took note of the secretary general’s remarks and reiterated that “more solid support” would be much appreciated.

“But, on the question of return of the Rohingya, we would like much more solid support from India and moral pressure on Myanmar,” he said. Imam pointed out that Bangladesh government had also requested Beijing “not to use its security council veto against the resolutions” condemning the role of Myanmar in the refugee crisis.

“China has important leverage on Myanmar. If they come forward, I think the issue can be settled,” he said.

However, China has not been responsive on Dhaka’s request with regard to ramping up pressure on Myanmar. “They are non-committal,” admitted Imam.

Meanwhile, efforts to begin repatriation remain stalled nine months after a bilateral memorandum of understanding between Myanmar and Bangladesh.

Bangladeshi foreign minister A.H. Mahmood Ali said that around 6,000 people have been given “clearance” to return to Myanmar.

“We have now asked Myanmar to match the names of the people with their villages,” said Mahmood Ali, adding that the bilateral joint working group would be meeting on October 28.

He noted that one of the components inspected during his August visit to villages in Rakhine province was the status of the new dwellings for returnees. “We were taken in helicopter from one village to another… I had also wanted to see the actual building of the houses being constructed by the Indian government,” he said.

India had entered an agreement with Rakhine State development Programme for grant assistance of $25 million over five years. A part of this grant is to build 250 pre-fabricated homes as a pilot project in northern Rakhine for “displaced members of the Rakhine Buddhist, Hindu and Muslim communities”.

Mahmood Ali said that when he visited Rakhine, the foundations for the pre-fab houses were “still being constructed”. “They had completed one house, which was shown to us,” he added.

Watch | Is the Deportation of Seven Rohingya Part of Modi’s ‘Anti-Muslim’ Politics?

Since his visit, the foreign minister said that the houses were ready. “India has told us that 250 houses have been constructed,” he said

Newly-built accommodations are an essential element – along with general safety and security – to convince Rohingya refugees to voluntarily return to their villages that they left a year ago after their homes were destroyed during security ‘clearance operations’ by Myanmar security forces.

“The refugees are living in shacks here in the camps…human beings should not live like this,” he added.

After India began the construction of the houses, Chinese foreign minister Wang Yi also offered to build 1,000 houses. “They should build the houses only where the refugees come from,” he said.

According to diplomatic observers, the key reason for not even one refugee being repatriated is the “deep mistrust” between Bangladesh and Myanmar. The latest spat over depiction of St Martin’s island as part of Myanmar is a manifestation of this inherent suspicion. 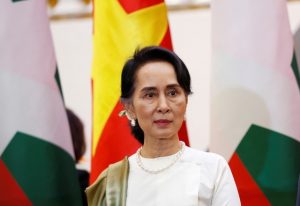 In a speech in August, Myanmar State counsellor Aung San Suu Kyi claimed that Dhaka controlled the reins. “Myanmar has been ready to receive Rohingya returnees since 23 January as agreed in the memorandum of understanding… Bangladesh would also have to decide how quickly they want the process to be completed,” she added.

Dhaka, however, believes that Myanmar has to first create the right atmosphere. “There must be an environment congenial for the Rohingya to go back to Myanmar…There must be physical facilities for them to go back. Their properties must be returned to them. Their houses, ponds, fields.. all of them have been taken over,” said Imam.

While Bangladeshi diplomats are more muted in their criticism, Sheikh Hasina’ political advisor was forthright.

“On paper, Myanmar repeatedly says that they have met all these conditions  and they are trying their best. But in action, when it comes to taking them back, they want a list of refugees to go back. We gave them a list. After they got the list, said that they will take them back, but never took them back. That is a very tricky situation”.

Accusing Myanmar of not adhering to its commitment, Imam asserted, “Why have they expelled their own citizens and why can’t they take them back in spite of repeated open international promises? Why did they enter into agreement to take them back and now breaking those promises?”.

An initial assessment of 23 villages in Rakhine by two United Nations agencies show that are continuing “serious effects”, with limited interaction between communities and restrictions on movements of Muslim community.

Also read: Why the Rohingya Can’t Return to Myanmar Just Yet

International pressure, Bangladesh asserted, continues to be vital to force Myanmar to create the conditions necessary for the return.

In September, the International Criminal Court started an preliminary inquiry into the Rohingya crisis, in order to determine if there was enough evidence to start a full probe. While Myanmar is not a member of the court, Bangladesh’s membership has been the argument used by ICC to justify its jurisdiction to investigate the Rohingya refugee exodus.

Asked if Bangladesh supported the ICC’s actions, Mahmood Ali replied, “…Prime Minister in her UNGA speech spoke about accountability… So yes, we do support it”.

Meanwhile, India has been quietly advising both countries to begin the process of repatriation at the earliest. “Only if they start, even with a small number, can both sides actually test the ground conditions,” said a Indian government official.

New Delhi’s traditional position on the long-standing Rohingya issue had been to maintain that it was an internal issue for Myanmar and refusing to join international chorus of condemnation. In deference to Myanmar’s sensitivity, India does not use the term ‘Rohingya’ in any official statements.

However, India was forced to temper its position under pressure from Sheikh Hasina government and rising public discontent in Bangladesh over New Delhi’s overt alignment with Myanmar on the Rohingya issue.

Over 10 million Rohingya are currently living in 30 camps across 6,000 acres in two sub-districts of Cox’s Bazar. Ukhia sub-district alone hosts over 80% of Rohingya refugees in camps built between and on top of hills that were dense forests just a year ago. 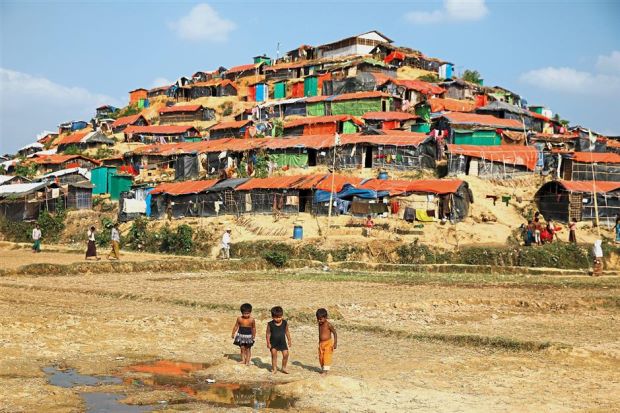 Senior Awami League leaders assert that if the Rohingya issue finds traction in the upcoming campaign for parliamentary polls, it will be to the advantage for the ruling party due to Sheikh Hasina’s image of providing shelter to fleeing Myanmar citizens.

However, the Bangladesh government is under political pressure from local residents, who had welcomed the Rohingya with initial generosity, to expedite their return.

A temporary measure to slightly reduce the population density has been the controversial proposal to relocate around 100,000 refugees to a remote island, Bhashan Char. But, a day before Prime Minister Hasina was scheduled to open the new settlement in Oct 3, it was “postponed”. Observers point out that Bangladesh government is unlikely to risk taking a step that will dilute domestic and international perception about providing haven to the destitute Rohingya before the upcoming parliamentary elections.