The development reaffirms the sovereign right of any refugee displaced by force to decide whether to return to the country of origin, but questions remain about the community's future. 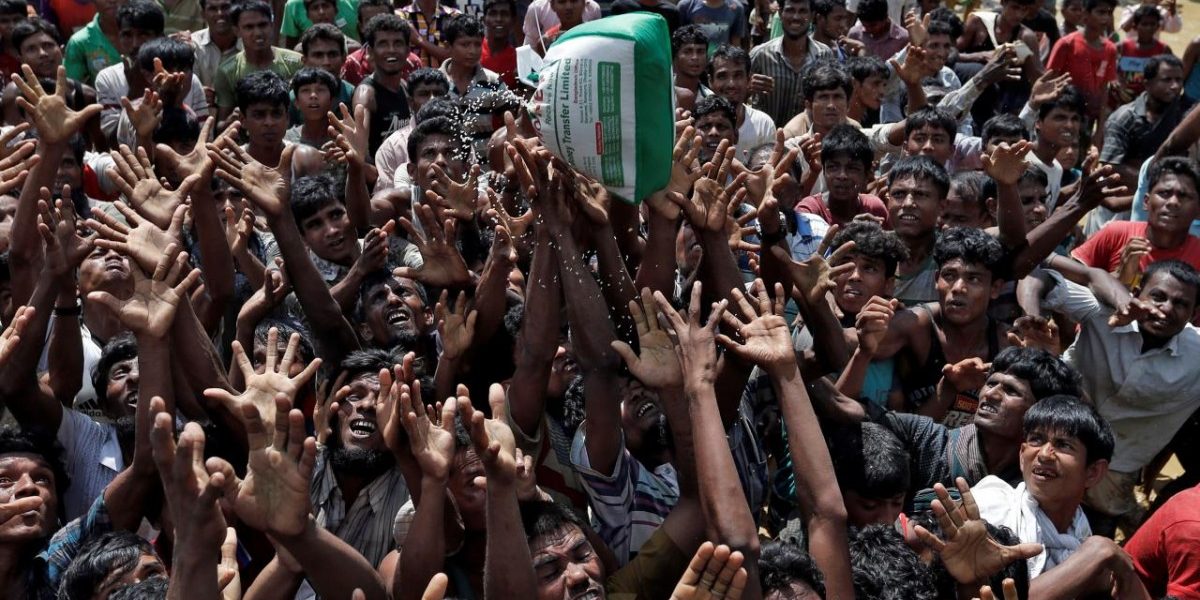 On August 22, something significant happened in the refugee camps of Cox’s Bazar in southeastern Bangladesh. A bilaterally-arranged plan to repatriate close to 3,000 Rohingya refugees back to Myanmar’s Rakhine state stalled as not a single one turned up to board the buses that were supposed to take them across the border.

According to a Reuters report, many of the refugee families designated for repatriation even fled their huts to go into hiding. This is the second time in less than a year that the refugees have responded to government plans to send them back with total dismissal.

What more, three days later, thousands of refugees gathered within the camps to mark ‘Rohingya Genocide Remembrance Day’ – the day the last major anti-Rohingya drive began in northern Rakhine two years ago – and raised slogans demanding Burmese citizenship as a pre-requisite to repatriation. According to the United Nations High Commissioner for Refugees (UNHCR), which is assisting Dhaka in the return process, not a single Rohingya refugee interviewed recently “indicated a willingness to repatriate at this time”. The refugees had also iterated their demand for citizenship when a high-level delegation from Myanmar visited the Kutupalong camps last month. 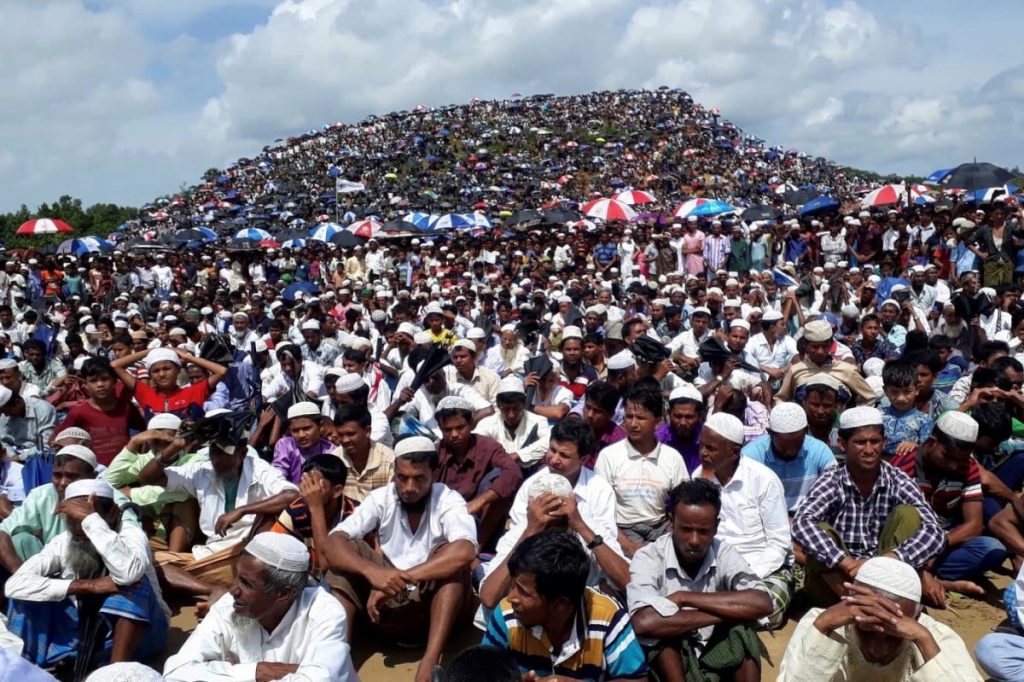 All of this is remarkable because it reaffirms the sovereign right of any refugee displaced by force to decide whether or not to go back to the country of origin – which is not something that we see very often in similar situations around the world. It also gives teeth to the principle of voluntary repatriation through informed consent (and not just ‘repatriation’) as a fundamental component of any process of refugee return. While this is a well-established norm in international law, states routinely bypass it while repatriating displaced persons.

What happened on August 22 is significant also because it brings to attention the implausibility of any refugee return to Rakhine state in the current context. While Dhaka and Naypyitaw had signed a bilateral repatriation agreement in November 2017 and have also formed a Joint Working Group, little has happened on the ground. If anything, developments in the interim in Rakhine state have only steadily eroded whatever meagre conditions were left for safe, dignified and sustainable return of the Rohingya to their original places of residence.

Only last month, the Australian Strategic Policy Institute (ASPI) released an extensive report outlining major infrastructural alterations in northern Rakhine that prevent the full-spectrum resettlement and rehabilitation of returning Rohingya refugees. Through analysis of a combination of new satellite imagery and open-source data, the report concluded that 40% of the Rohingya settlements affected by the post-August 2017 violence have been razed and six “military facilities” were built on top of such settlements.

Further, it identified 320 settlements that showed no signs of reconstruction and at least 45 newly-constructed camps meant for “internally displaced people, returning refugees, or both”. Such camps, many of which are already operational in the Rakhine hinterlands, have proven to be long-term internment facilities, rather than transit camps.

“We’ve found no evidence of widespread preparation for Rohingya refugees to return to safe and dignified conditions. Instead, we’ve found ongoing destruction of additional settlements and the construction of highly securitised camps and military bases that have been built, fortified or expanded on the sites of razed Rohingya settlements,” says the report.

The ASPI report confirmed two other similar reports published earlier by Amnesty International and the United Nations Institute for Training and Research – Operational Satellite Applications Program (UNITAR – UNOSAT). The key point here is that under the shifting circumstances on the ground in northern Rakhine, the returning refugees would not be able to go back to “their own households and original places of residence or a safe and secure place nearest to it of their choice” as stipulated by the November 2017 bilateral agreement between Bangladesh and Myanmar. 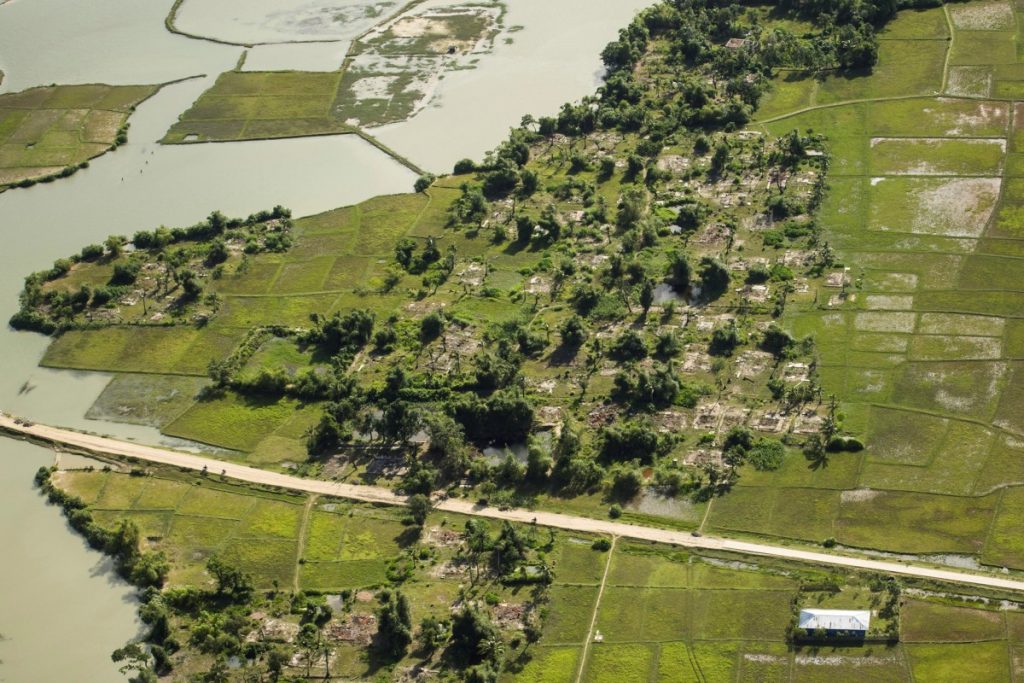 Nagging suspicion between Dhaka and Naypitaw

Add to this, the nagging suspicion and lack of trust between Dhaka and Naypyitaw. Following the latest stalled attempt at repatriation, both were quick to blame each other. While Myanmar blamed Bangladesh of not distributing the required verification paperwork to potential returnees, the Sheikh Hasina government put the onus of expediting the process on Myanmar.

“Accusations of non-cooperation in the repatriation effort against Bangladesh by a party who is fully responsible for the protracted crisis is baseless, ill-motivated, and totally unacceptable,” Dhaka said on August 25.

The dearth of faith on each other runs so deep that discussions over repatriation between the two neighbours have had to be mediated by third parties. China has taken the lead in this, with the Myanmar side claiming that it was Beijing that informed Naypyitaw about Dhaka’s interest to resume the process. While such diplomatic interventions may bear positive outcomes in the near future, the involvement of a big power with significant political-economic leverage could do more harm than good in the short term. Under undue pressure from Beijing, Bangladesh and Myanmar might rush through the repatriation process, if they attempt it again that is, without the attendant safeguards. This would be gravely detrimental to the refugees.

Following the failed return attempt, Bangladeshi experts have called for structural changes within Myanmar to facilitate the repatriation of the Rohingya. These changes primarily include giving Burmese citizenship to the Rohingya, with other political, economic, social and cultural rights flowing from it. However, this is highly unlikely in the prevailing context.

The Burmese state continues to view the Rohingya Muslims as “illegal immigrants”, and recognising them as a ‘national race’ at par to 135 other ethnic groups living in Myanmar would require major legislative changes in the parliament. Given the delicate relationship between the civilian government and the military, which occupies 25% seat share in the parliament, and the ongoing process of constitutional amendments, the Rohingya citizenship issue remains a highly precarious issue for stakeholders to touch at the moment.

Situation not conducive of refugee return

Moreover, the security situation in the Rakhine state is far from conducive for any kind of refugee return. As a violent war rages on between the Myanmar military and the Arakan Army, an ethnic Rakhine Buddhist armed group, the remaining Rohingya in northern Rakhine have found themselves trapped in the crossfire.

The government has also suspended the internet in several areas of northern Rakhine and blocked access for humanitarian aid workers and journalists. If the Rohingya, who are already institutionally marginalised and persecuted in Myanmar, return to Rakhine under such circumstances, they stand to face more violence and re-displacement.

Recently, the UN International Fact-Finding Mission (FFM) on Myanmar released a new report ascertaining that the Myanmar military has been routinely and systematically employing “sexual and gender-based violence to terrorize and punish ethnic minorities”. Needless to say, the Rohingya community remains a frontline target in this regard, as shown by multiple instances of state-sponsored violence in the past.

So, there is little doubt that returning Rohingyas would face threatening circumstances when they go back to Myanmar, both physical and structural. Left without adequate legal safeguards, as they are right now within the Burmese state, the stateless community is bound to fall deeper into the pit of persecution.

Clearly, the current approach to repatriation isn’t working. All discussions have ultimately fallen back to citizenship rights for the returning Rohingya, which remains a non-starter in Myanmar. Naypyitaw instead wants to give the Rohingya National Verification Cards (NVCs), which identify them as ‘Bengalis’ (or immigrants from Bangladesh). The Rohingya have already rejected the NVC framework, which they argue, is yet another institutional measure to keep them demographically, politically and economically sidelined. Myanmar, on the other hand, has made it clear that the Rohingya can avail economic and social entitlements only if they accept the NVC. This is a tricky deadlock that warrants sustained, multi-stakeholder and cautious engagement.

As also suggested by Bangladeshi experts, the only viable way forward here is international cooperation and diplomatic pressure on Myanmar to recognise the Rohingya as citizens. The pressure must come from Naypyitaw’s regional and extra-regional partners who maintain deep economic and political ties with the military and the Aung San Suu Kyi government. Secondarily, a protracted, complex and sub-regional refugee situation such as this requires collective and context-specific engagement and not just the involvement of the immediate parties.

In this regard, the Global Compact on Refugees (GCR), agreed upon in the UN General Assembly last year December, can play a significant role in galvanising support along with the principle of responsibility-sharing and devising creative solutions (including third country options) to resolve the crisis. It can also help build refugee self-reliance and promote a broader dialogue platform to engage with the country of origin i.e. Myanmar. But, this will also require unprecedented political will from Myanmar’s foreign partners, including India and China, to ask some difficult questions and demand corrective action from the military and the Suu Kyi government.

Without engagement on political rights for the Rohingya within Myanmar, many more failed repatriation attempts are on the cards. For now, the fact that the refugees aren’t willing to settle for anything less than a safe, dignified and sustainable repatriation shows their remarkable grit and consciousness of inalienable rights.