The 73-year-old United National Party leader was appointed as the prime minister by President Gotabaya Rajapaksa after they held closed-door discussions on Wednesday, May 11. 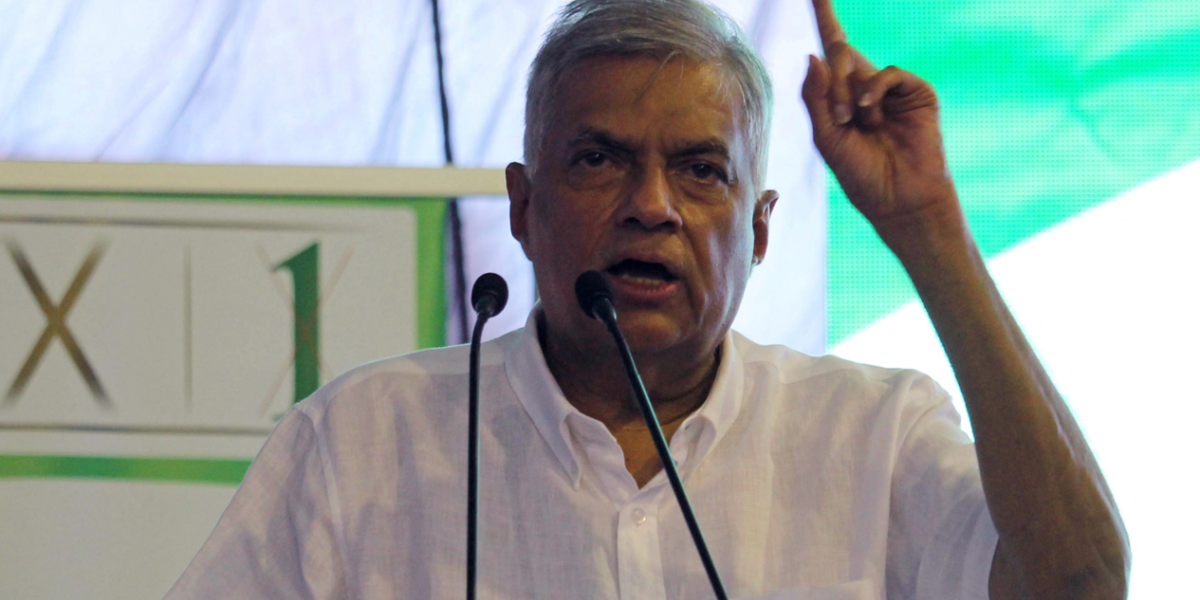 FILE PHOTO: Ranil Wickremesinghe, leader of the United National Party speaks to his supporters during a campaign rally on the last day for rallies, ahead of country's parliamentary election scheduled for August 5, 2020, in Galle, Sri Lanka, August 2, 2020. Photo: Reuters/Indunil Usgoda Arachchi

The 73-year-old United National Party (UNP) leader was appointed as the prime minister by President Gotabaya Rajapaksa after they held closed-door discussions on Wednesday, May 11.

Members of the ruling Sri Lanka Podujana Peramuna (SLPP), a section of the main Opposition Samagi Jana Balawegaya (SJB) and several other parties have expressed their support to show majority for Wickremesinghe in parliament, sources said.

The UNP, the oldest party in the country, had failed to win a single seat from districts, including Wickremesinghe who contested from the UNP stronghold Colombo in 2020 parliamentary polls.

He later found his way to parliament through the sole national list allocated to the UNP on the basis of cumulative national vote. His deputy Sajith Premadasa had led the breakaway SJB and became the main Opposition.

Wickremesinghe is widely accepted as a man who could manage the economy with far-sighted policies, and is perceived as the Sri Lankan politician who could command international cooperation.

Meanwhile, the High Commission of India has said that it looks forward to working with the new government of Sri Lanka.

High Commission of India hopes for political stability and looks forward to working with the Government of Sri Lanka formed in accordance with democratic processes pursuant to the swearing in of Hon’ble @RW_UNP as the Prime Minister of #SriLanka. (1/2)

Sri Lanka is facing its worst economic crisis since gaining independence from Britain in 1948. The crisis is caused in part by a lack of foreign currency, which has meant that the country cannot afford to pay for imports of staple foods and fuel, leading to acute shortages and very high prices.