Even as cross-border travel remains difficult due to visa restraints, the rise of the internet and social media have opened areas where people can connect. 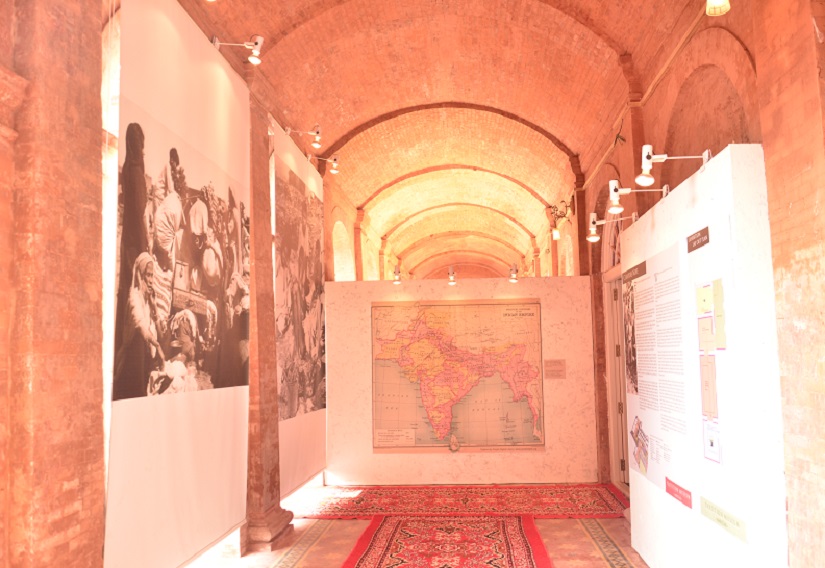 Diaspora and technology. These critical aspects of ‘globalisation’ have emerged in recent decades even as ties between India and Pakistan continue to be strained. Both aspects, particularly technology utilising social media, have been crucial in fostering cultural bonds between Pakistan’s Punjab province and the Indian Punjab.

Another aspect bridging the divide is oral history – interviewers with survivors of 1947, recording history on both sides.

This article examines the role of the diaspora from both sides of the Radcliffe line as an important bridge between the divided Punjab, and examine how technology is being used effectively not just to promote Punjabi culture but also record 1947 Partition stories which would otherwise be obliterated.

Scholars based in South Asia have of course contributed to the field of Partition studies. Khushwant Singh’s novel Train to Pakistan (1956) remains a classic. Urvashi Butalia, the first to utilise oral history for her research, provided a novel and humane lens to untangling this civilisational tragedy with her book The Other Side of Silence (1998).

Since the 1980s and 1990s, Punjabi scholars in the UK, North America and western Europe have done some stellar work on Partition, documenting stories and bringing an awareness of the scale of the tragedy to individuals outside South Asia.

One of the most comprehensive works on Partition was The Punjab: Bloodied, Partitioned and Cleansed (2011), by professor Ishtiaq Ahmed, a political scientist based in Sweden. Ahmed, who hails from Lahore, is professor emeritus at the University of Stockholm and a visiting professor at the Government College University, Lahore. He also regularly contributes to Pakistani newspapers. For his research, he has made excellent use of oral history, interviewing a large number of survivors on both sides of the divide.

Also Read: Why the Partition Is Not an Event of the Past

A pioneering effort was the Punjab Research Group, set up in 1984 by group of scholars, mostly but not all Punjabis, based in the UK. Their aim was to ‘create dialogue between the three Punjabs: East Punjab, West Punjab and the Punjabi Diaspora. The group has regularly organised seminars on issues pertaining to the Punjab on both sides, and since the rise of the digital age, its blog provides a platform to scholars working on Punjab.

Non-Punjabi scholars based overseas such as Yasmin Khan and Vazira Fazila-Yaqoobali Zamindar have also made pivotal contributions to the discipline of Partition studies through their stellar work. Khan, a UK based scholar, authored The Great Partition: The Making of India and Pakistan (2007). Zamindar, who teaches history at Brown University, is the author of The Long Partition and the Making of Modern South Asia: Refugees, Boundaries, Histories (2010).

Several civil society organisations work to promote inter-community and cultural engagement both within and beyond man-made borders.

Members of the Sikh diaspora have played a crucial role in enhancing access to Sikh religious shrines in Pakistan, through their campaigns and advocacy to provide cross-country access to these religious centres.

Individuals and organisations within the Sikh diaspora also played an important role, along with religious groups, political parties and civil society organisations in Indian Panjab, in lobbying for the Kartarpur Corridor project. 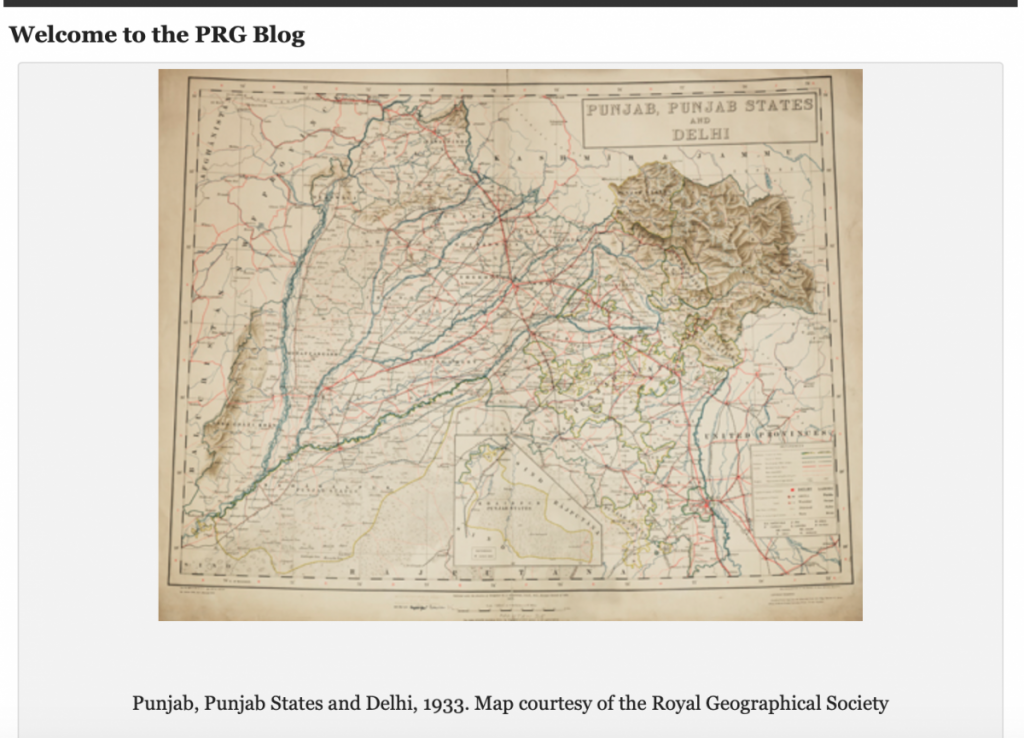 Another important component in the relationship between India and Pakistan in general, and the Punjab in particular, is technology.

The Academy of Punjab in North America set up by Punjabis based in US belonging to different walks of life have made effective use of the internet to promote Punjabi language and literature. Their website has, for example, compiled the poetry of Sufi saints, as well as famous Punjabi poets from both sides of the divide in addition to popular music.

Another APNA initiative is Saanjh Magazine which publishes poetry, short stories and other aspects pertaining to the Punjabs in different scripts, Shahmukhi and Gurmukhi, thus bridging the gap of understanding the subtleties and nuances of linguistic and literary developments of the other side of Punjab.

Peace activists and historical scholars from sides have come to realise the unparalleled value of documenting, preserving and sharing oral histories. In recent years, there has been an increasing interest in partition, including through recording oral history.

A pioneering initiative in this regards is the 1947 Partition Archive, founded by the US-based Guneeta Bhalla, which has recorded the stories of 7,500 individuals. This signifies not only the value of these stories but also aims to preserve the accounts of this huge civilisational loss, which would serve as a forewarning against divisive and communal discourse.

Also Read: A Museum in Amritsar Highlights the Lesser Known Players Behind Partition

Another major initiative is the Partition Museum at Amritsar that has become a repository of interesting stories and artifacts. Recording the oral and physical remnants of the hasty process of Partition invokes a sense of historical recognition amongst those who trace their roots to the aftermath of this sectarian migration. It also becomes an important vantage point for cultural engagement.

None of these efforts makes up for the overall insufficient documentation about the bloody Partition of 1947. Punjab believes in ‘word of mouth’.

In this context, a fascinating initiative has YouTube videos by Punjabis interviewing partition survivors on both sides, including family members separated at the time.

Dhillon and Singh are planning to make a documentary on Sikh gurdwaras in Pakistan, as well as Hindu temples.

These videos capture the strong bonds that exist even seven decades later. The sense of collective understanding goes beyond the common historical roots and connection between separated families. Punjabi Lehar attempts to take the common discourse towards acknowledgement and celebration of intrinsically diverse and pluralistic cultural, religious, culinary, linguistic aspects of the lives and lifestyles of modern East and West Punjab.

Also Read: Seeing Partition Through a Different Prism to Liberate Ourselves From Its Trauma

Such attempts are significant because they expand the horizons of inter-society dialogue beyond the one which is informed by traditional notions of national interest and positions of respective establishment. At the same time, they challenge the meta-narrative of discord by exploring peaceful convergences in day-to-day contexts.

These myriad attempts are essential given the sheer numbers involved. For instance, a book on partition, Humanity Amidst Insanity, co-authored by one of the writers of this piece, documents instances of interfaith harmony where Muslims rescued non-Muslims and vice-versa. It is humanly impossible to cover all the cases in one book. Apart from this, such stories sometimes lose their overall impact in translation. 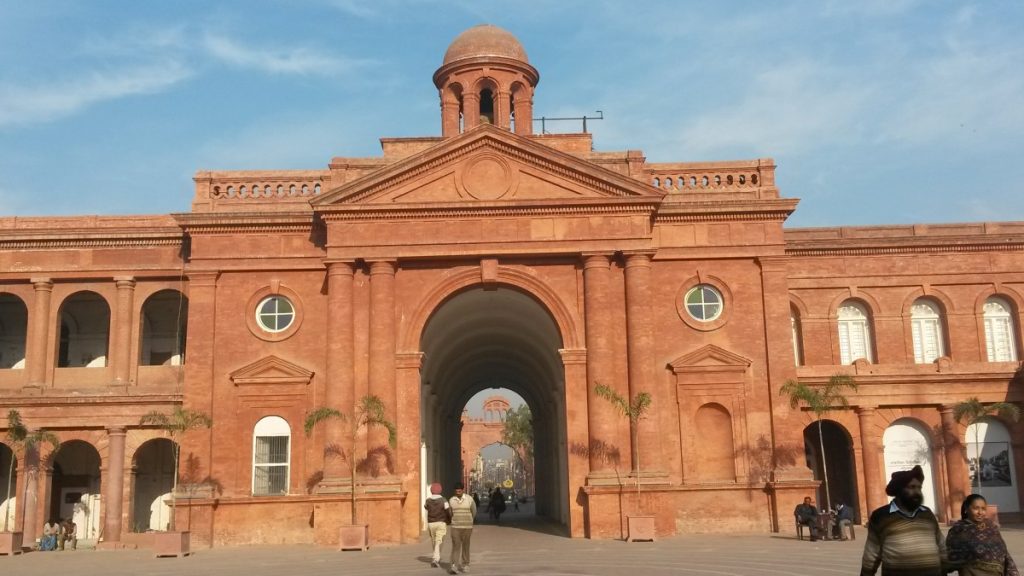 Irrespective of the official relationship between New Delhi and Islamabad, there are spaces which can be positively utilised not just to highlight stories of 1947 that have been neglected, but also to improve relations between India and Pakistan in general and the divided Punjab in particular.

The role of the diaspora and the effective utilisation of technology – particularly online videos and social media – is critical in this context. Even as cross-border travel remains difficult due to visa restraints, the rise of the internet and social media have opened areas where people can connect.

And it is clear that Indians and Pakistanis at home as well abroad are creatively using these spaces to develop better understanding and peaceful relations, regardless of their governments’ intransigence.

Tridivesh Singh Maini is a New Delhi based strategic analyst working on Punjab-Punjab linkages and India-Pakistan-China triangle. He is the author of South Asian Cooperation and the Role of the Punjabs. Prannv Dhawan is the founder of India Pakistan Youth Dialogue Initiative, and leads the India Pakistan Research Project at the Council for International Relations and International Law.

This piece is published in conjunction with The News on Sunday and Aman Ki Asha.