It stretches credulity to believe that the US, which spent over $1000 billion on intelligence from 2001-20, was so utterly inept that it had no idea of Pakistan’s relationship with the Taliban for over two decades. 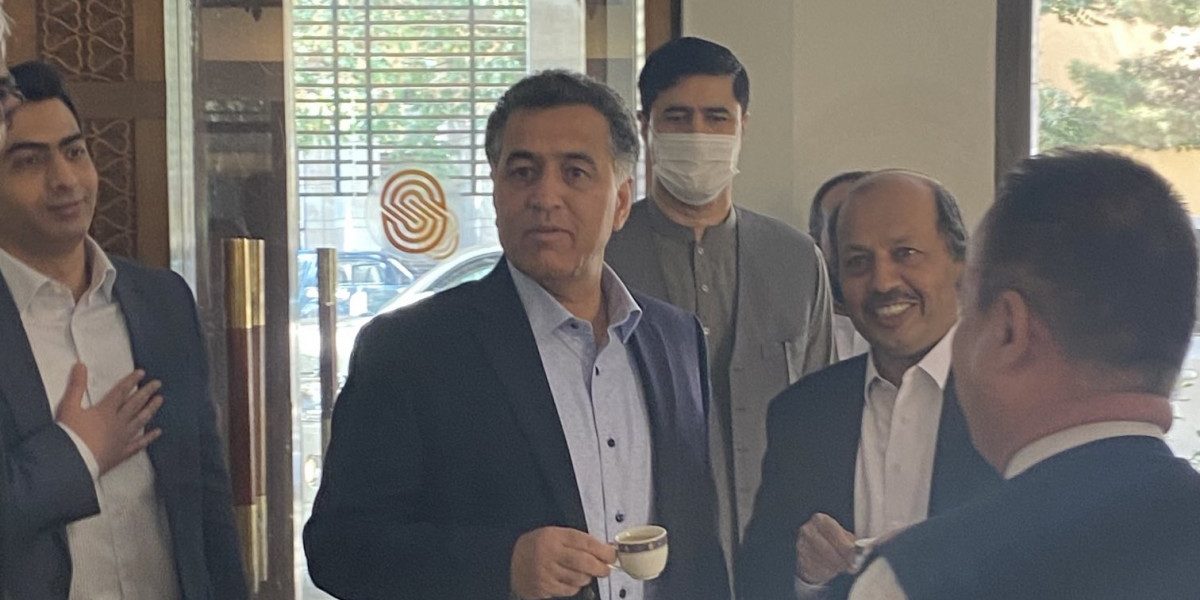 The presence of the Inter Services Intelligence chief in Kabul this week is an in-your-face reminder of Pakistan’s role in protecting and promoting the Afghan Taliban during the course of the latter’s war with the United States.

Pakistan’s aim throughout was to use the Taliban as a proxy to curtail Indian influence in Afghanistan. and, circumstances permitting, to perhaps escalate violence in Kashmir.

During this period, India invested $3 billion worth of goodwill in Afghanistan – building civilian infrastructure like dams and schools – but its efforts came to naught in a matter of few days. This is because the Indian strategic establishment’s military assessment of the war in Afghanistan – which relied on ‘wisdom’ borrowed from the United States – was wrong from the very beginning. It should have been clear to New Delhi that something was fundamentally flawed in the American strategy when the 21,600 pound MOAB (Mother of All Bombs), the 15,000 pound Daisy Cutter and 2,000 pound Thermobaric bombs failed to break the will of the Taliban to continue fighting. However, India persisted with American blinkers on its vision.

We did not wake up even when the Taliban, beginning in 2005, stopped engaging the Americans in direct combat and started laying emphasis on asymmetrical warfare tactics like suicide bombing and IED attacks. We could never appreciate the fact that the US counterinsurgency strategy floundered because ‘securing’ the territory won or liberated proved enormously difficult, both operationally and in terms of cost.

What Pakistan has gained and stands to gain

On the other hand, by helping the Taliban come back to power, Pakistan has ensured that its eastern frontier is rendered safe from two of its old fears: Afghan alignment with India; and a refugee flow that could cause destabilisation among Pakistan’s Pashtuns. The Taliban have also, as Anatol Lieven points out, given the Pakistani military an assurance that they will not, at least for the time being, support any Pashtun Islamist rebellion within Pakistan.

Contrary to what some Indian diplomats think, the mere fact that the Taliban still do not recognise the border between Afghanistan and Pakistan is not likely to make much difference to the equation. The Durand Line might not be buried but there are issues and forces much larger than that which are at work, and its ghost cannot haunt Pakistan to its detriment.

On August 17, Noor Wali, the emir of the TTP (Tehreek-e-Taliban Pakistan) congratulated the Taliban. However, so far there is no indication that the Taliban will help the anti-Pakistan establishment TTP merely on grounds of ethnicity. Even if morality is not their strong suit, they know that fighting Pakistan on Pakistani soil would be materially different from fighting the US on Afghanistan soil.

More importantly, the Taliban know that the Pakistani army had never gone whole hog in its 2003 counterterrorism operations in the FATA (Federally Administered Tribal Areas) bordering Afghanistan against pro-Taliban insurgents enjoying a safe haven there. Gen. Musharraf undertook the action basically to appear to be doing a favour to the US under its pressure. However, as  K. Alan Kronstadt et al had pointed out in their 2008 study for the Congressional Review Service, long-held doubts existed about Islamabad’s commitment to some core US interests and the operations were largely ineffectual with the militant groups having only grown stronger and more aggressive in 2008. Finally, I do not think that too much should be read into the release of TTP ex-deputy Maulvi Fakir Mohammad from a Bagram prison. When the Taliban freed hundreds of prisoners, there was no good reason that they would hang on to a TTP leader.

Pakistan’s 22-month long counterterrorism operations in North Waziristan  were undertaken after 2014 far more seriously and were effective too, having killed some 3,400 militants. However, by that time their concerns were different. The fate of Afghanistan was sealed by then. In 2011 itself, Robert Gates had confirmed that the US was holding reconciliation talks with the Taliban; two agreements were signed in March-April 2012. This time, Pakistan knew that investments from China would not materialise if Chinese workers kept getting killed.

How US intelligence floundered in Afghanistan

Christine Fair writes that Washington failed to understand the perturbing nature of Pakistan’s interests in Afghanistan, and ignored very early signals that Musharraf had in fact done a U-turn on its U-turn on the Taliban. This assessment, though corrret, does not capture the whole sordid story.

Pakistan’s support to the Taliban prior to 9/11 was not a closely-guarded secret. When analysts say that the Taliban regrouped across the border in Pakistan at the end of 2001, from where they waged an insurgency for 20 years, they forget that the ‘border across Pakistan in FATA’ was not a black hole where the Taliban simply got lost.

The US was using Pakistani air bases and was in full contact with the Pak military. It stretches credulity to believe a nation that spent over $500 billion during 2001-13 on intelligence ­– as revealed by the Washington Post – and $527 billion more during the next seven years, was so utterly inept that it had no idea of Pakistan’s relationship with the Taliban for over two decades. Logically, only two conclusions are possible: either the famed capability of US intelligence is a hoax or, finding itself mired in a faulty strategy in Afghanistan, Washington was left with no option but to ignore what Pakistan had been doing.

It was an open secret that Pakistan had given safe haven and support to the Taliban while overtly denying their presence on Pakistani soil except in the FATA on the border with Afghanistan. The Pak army even had the gall to claim that they had carried out a 20-month long operation in the area and cleared it of the Taliban.

In 2016, Sartaj Aziz had admitted in a talk at Washington’s Council on Foreign Relations, “We have some influence on them because their leadership is in Pakistan, and they get some medical facilities, their families are here. So we can use those levers to pressurise them to say, ‘come to the table’.”

Had the US not given up on Taliban by then, could they have not pressurized Pakistan or used their HUMINT to take those leaders out? Were they so naïve as to blindly believe in the claim of the Pak army regarding military operations against the Taliban in FATA? Could US intelligence not verify their claims? If they chose not to verify, it was their mistake. Apparently, the ISI was so persuasive that they took the US for a ride or the US had run out of options.

Later also, it was indeed very clever of the ISI to make it clear that Pakistan could not negotiate with the Taliban on behalf of the Afghan government.

The US-driven mujahideen war against the former Soviet Union in Afghanistan in the 1980s was one of the most brilliant covert operations ever designed in the history of warfare and intelligence. The CIA’s covert operation was called ‘Operation Cyclone’, in which they recruited, armed and trained fighters on a massive scale—according to some estimates, the mujahideen casualties were in the range of 150,000 to 180,000. It cost the US about $20 billion in that era.

Since the US was extremely particular about ‘plausible deniability’ for the entire operation, they had no option but to involve the ISI in recruiting, arming and training the mujahideen. Since the training had to be imparted secretly, the invented the device of the madrasa. The CIA and ISI opened a large number of such ‘Islamic schools’ in the remote, border areas. Instead of religious education, they were given military training there. Arms for the mujahideen were arranged from the illicit arms bazaar across the world. Weapons were shipped to Pakistan and from there they were sent over land to the fighters in Afghanistan. Brig. Mohammad Yousaf has described the operation in detail in his books, Afghanistan: The Bear Trap: The Defeat of a Superpower and Silent soldier: The man behind the Afghan jehad General Akhtar Abdur Rahman Shaheed.

The whole operation was brilliant in theory. There was but a small undesirable side-effect. And the world is paying the price of that side-effect even now. ISI, being closely involved in the whole process, pilfered a great quantity of arms. Citing arms-trades specialist James Adams in his book, Unholy Wars: Afghanistan, America and International Terrorism, John K. Cooley writes that between the delivery point at Karachi to the border checkpoints of the Pakistani army from where they were meant to be distributed to the Mujahideen, the ISI pilfered about 50% of the arms, which ended up either in their warehouses or sold off in international black market.

During the Battle of Kandahar (2011) as a part of 2011 Taliban Spring Offensive, foreign-aid officials leaving the city at the time or shortly before fighting broke out, reported seeing grease paper everywhere as the Taliban removed the wrappings from the packed weapons. It is understood that the weapons had come directly from ISI warehouses. An idea of the scale on which Pakistan siphoned off money can be had from a revelation by Andrew Elva of the Federation for American  Afghan Action, who had claimed before the US Senate that between 1980 and 1981 itself, the ISI had siphoned off $700 million out of $1.09 billion in aid earmarked by the Congress for the rebels. The still unexplained 1988 Ojhri arms depot explosion in Rawalpindi may also have been part of this process.

In the 20 years from 2001 to 2021, the ISI pulled the wool over the American eyes with such panache that, despite a constant uncomfortable feeling all along about what they had been doing, the Americans could never pin any clear blame on Pakistan. Having earned their spurs in the Mujahideen War, the ISI, while pretending to be an ally of the US in their two-decade long war in Afghanistan, pulled the rug from under their feet.

They duped the only superpower in the world. They made them believe that they were undertaking counterterrorism operations against the militants hiding in FATA in 2003, whereas they cleverly avoided putting all their might behind it. They continued to equip the Taliban with weapons from the Mujahideen War. The smallarmssurvey.org publication ‘Surveying the Battlefield: Illicit Arms in Afghanistan, Iraq and Somalia’ infers from an analysis of the seized caches that most Taliban weapons were of older models. It also says that in 2005, the Afghan Defence Ministry had reported 475 seizures of weapons, including more than 2,000 rockets, 4,000 land mines, and 5 million cartridges on the border with Pakistan. Similarly, in January 2007, Afghan forces found 40 truckloads of machine guns, explosives, and rockets belonging to the Taliban that were hidden in mountain caves near the border with Pakistan. Obviously, the ISI had ‘made’ them ‘survive’ the 2003 military operations! As Stephen Tankel discloses in his US Institute of Peace study, they established a pattern of military incursions into FATA followed by peace deals that empowered the pro-Taliban Pashtun militants. These included a February 2005 peace agreement with Baitullah Mehsud in South Waziristan and the September 2006 Waziristan Accord in North Waziristan.

From a purely professional angle, what Pakistan has achieved in Afghanistan today has to be regarded as one of the greatest feats of covert intelligence. If anyone deserves to celebrate the Taliban victory, it is surely the ISI.

Dr. N. C. Asthana, a retired IPS officer, is the author of 49 books including nine on military science, defence and strategy. His last book on defence was ‘National Security and Conventional Arms Race – Spectre of A Nuclear War’. He tweets @NcAsthana.