Rising above the exultation from Pakistan’s continued categorisation as ‘grey’ on the FATF, it is crucial to identify ways to effectively dent its militant economy.

At the ongoing Financial Action Task Force (FATF) plenary in Paris, Pakistan’s case was up for review and it was retained on the ‘grey list’ failure to fully comply with global Anti-Money Laundering/Combating Financing of Terrorism (AML/CTF) standards. Pakistan has been under FATF observation for eleven years now, having been placed on the grey list first in 2012, and subsequently again in 2018.

Although the case for ‘black listing’ Pakistan for its flagrant violation of FATF standards has been strong, with support from three nations, China, Turkey and Malaysia, this has been an arduous diplomatic struggle for India. Any country under review requires only three votes to keep if off the ‘black list’ and 12 votes to take it off the grey list.

In June 2018, the FATF granted Pakistan 15 months to implement an appropriate legislative framework to identify, freeze and confiscate terrorist assets. At the end of that timeframe in October 2019, a regional grouping of the FATF, the Asia Pacific Group stated in its Mutual Evaluation Report (MER) that Pakistan was ‘Compliant’ for 1 and ‘Largely Compliant’ for 9 of the forty global AML/CTF Recommendations.

Despite this severe analysis of Pakistan’s financial structure, aggressive lobbying by the country made enough progress for it to be considered for removal from the grey list. In fact, there was speculation until the last hour that Pakistan might even get ‘white listed’ with support from certain European nations in addition to its traditional allies.

Staged for the sake of the FATF review, international security analysts witnessed the recurring drama of global terrorist Hafiz Saeed’s conviction. Pakistan also tried to keep under wraps, the reoccupation of the infamous Lal Masjid by radical Islamic preacher Maulana Abdul Aziz on February 6. Soon after followed the brazen escape of Ehsanullah Ehsan, the former spokesman of the Pakistani Taliban militant group, Tehreek-e-Taliban Pakistan (TTP) from the custody of security agencies – events which clearly demonstrated Pakistan’s failure as a state to take effective counter-extremism measures.

Pakistan has been providing weak and misleading statistical evidence in its defence at the FATF reviews. Several indexes by the international organisations rank Pakistan as one of the worst countries in terms of a poor AML/CFT strategy. Significant money laundering (ML) predicates in the country include tax evasion, corruption, trade in counterfeit goods, narcotics trafficking, and terrorist financing (TF). 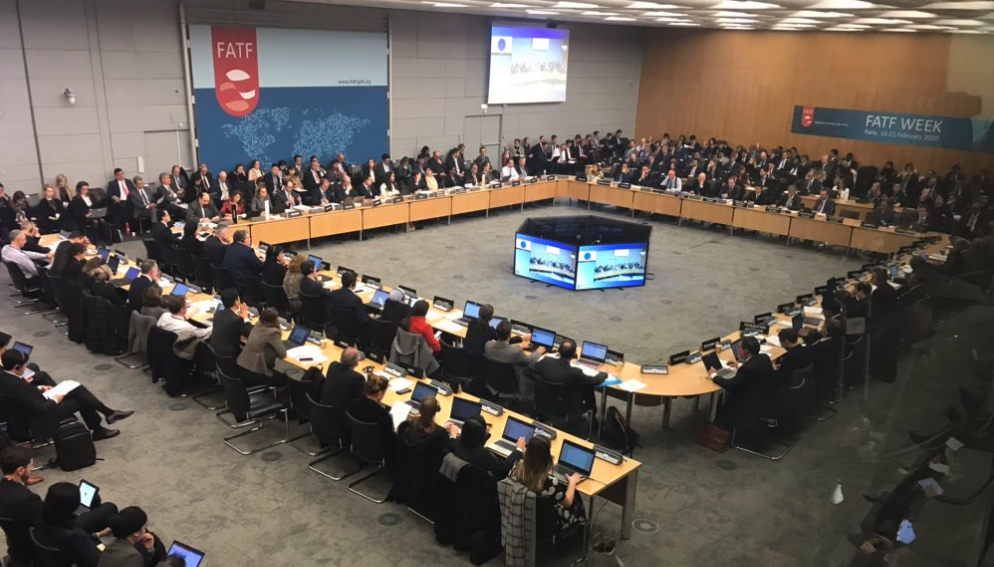 Focus on anti-money laundering measures by banks in Pakistan is scarce because it is encouraged by the government – foreign remittances and wire transfers remain the safest and most popular instrument of laundering money in Pakistan. The regular tax amnesty schemes are abused by shady elements to legalise their unreported assets.

Pakistan’s tax-exempted areas erstwhile Federally Administered Tribal Area (FATA) and Provincially Administered Tribal Areas (PATA), serve as covers for illegal money, which are masked as proceeds of income from businesses carried out there. Despite their merger with the Khyber Pakhtunkhwa (KP) province, they are exempt from paying any income tax, customs duty on cars, sales tax, and agriculture income tax.

The Afghan Transit trade is also manipulated to source illegal finances. In one incident, expensive boating equipment meant for high seas was booked through this transit trade ignoring the fact that Afghanistan is a country without any sea. A significant share of terror financing (TF) in Pakistan emanates from donations to “charitable” organisations which divert funds to militant groups, or through direct donations to such groups.

Funds are mostly transferred through Informal Value Transfer Systems (IVTSs). Despite claims to the contrary, even in the future, Pakistan will be unable to control the more pernicious uses of IVTS transactions as it is widespread with only about 14% of adults having access to a formal financial institution. A majority of Pakistanis still use informal financial access such as committees, hawala/hundi money transfers, and so forth.

The unregulated financial structure of Pakistan further feeds the criminal terror nexus because of the illicit methods that money launderers use to disguise the sources of their ill-gotten wealth, thus effectively sponsoring terrorism. The MER has clearly stated that neither the State Bank of Pakistan (SBP) nor the Securities & Exchange Commission of Pakistan (SECP) has a clear understanding of the ML and TF risks unique to the sectors it supervises. It is wishful to imagine that in a span of three months these financial institutions would have not only comprehended the scale of the ML/TF  threats but also implemented measures to contain the same.

For counter-terror efforts to be effective in the longer term, it is crucial to effectively dent the militant economy, by tracing the financial mechanisms of funding used by militants, neutralising those sources, and preventing banned outfits from raising funds domestically or internationally. An estimate of the scale of terrorism financing in Pakistan is difficult as it “does not demonstrate a proper understanding of the TF risks posed by Da’esh, Al qaeda (AQ), Jamaat-ud-Daawa (JuD) and Fatah-e-Insaniat (FiF), Lashkar-e-Taiba (LeT), Jaish-e-Mohammed (JeM), Haqqani Network (HQN), and persons affiliated with the Taliban”.

There have been very few convictions for money laundering, and terrorist financing in Pakistan. With only 49 convictions in Punjab and a dismal nine in the rest of the country, convictions have certainly not been consistent with province-specific terror financing risks. Further, information on the sentences handed down with these convictions was not provided by Pakistan.

Pakistan hasn’t made the institutional changes it needs to seriously tackle TF. Evidence suggests that security agencies have no intention of breaking ties with terror groups like the LeT, which are effectively their assets, particularly against India. UN-designated terrorist Hafiz Saeed has been leading an unrestricted life in Pakistan, notwithstanding the periodic staging of his arrest by Pakistani authorities. His recent conviction was only spurred by an urgency to deflect a negative review in Paris. A term of five years for the terrorist who masterminded of the 2008 Mumbai attacks that killed more than 160 people hardly qualifies as a fitting conviction.

JeM ‘chief’ Maulana Masood Azhar, the architect of the Pulwama attack operates freely within Pakistan but has been missing of late. In an interview, former President Pervez Musharraf admitted that JeM was a terror outfit and the Inter-Services Intelligence (ISI), had used it to carry out attacks in India during his tenure. Meanwhile, the notoriously radical students of the Jamia Hafsa seminary, have barricaded themselves inside the Lal Masjid. In 2014, this seminary had pledged allegiance to Abu Bakr al-Baghdadi, “caliph” of the Islamic State. The centre of radical Islamic learning Lal Masjid acts as a ‘watering hole’ for militant groups, like LeT, JeM among others.

In July 2019, demonstrating incredulous inconsistency, as Pakistan’s National Counter Terrorism Authority Pakistan (NACTA) listed 7,600 individuals in Schedule IV of the Anti-Terrorism Act, during an event in the US, Prime Minister Imran Khan claimed that there were 30-40 thousand terrorists in Pakistan. NACTA’s list of proscribed persons has now been reduced to 6600, with no explanation available as to how nearly a thousand persons were removed from Schedule IV. 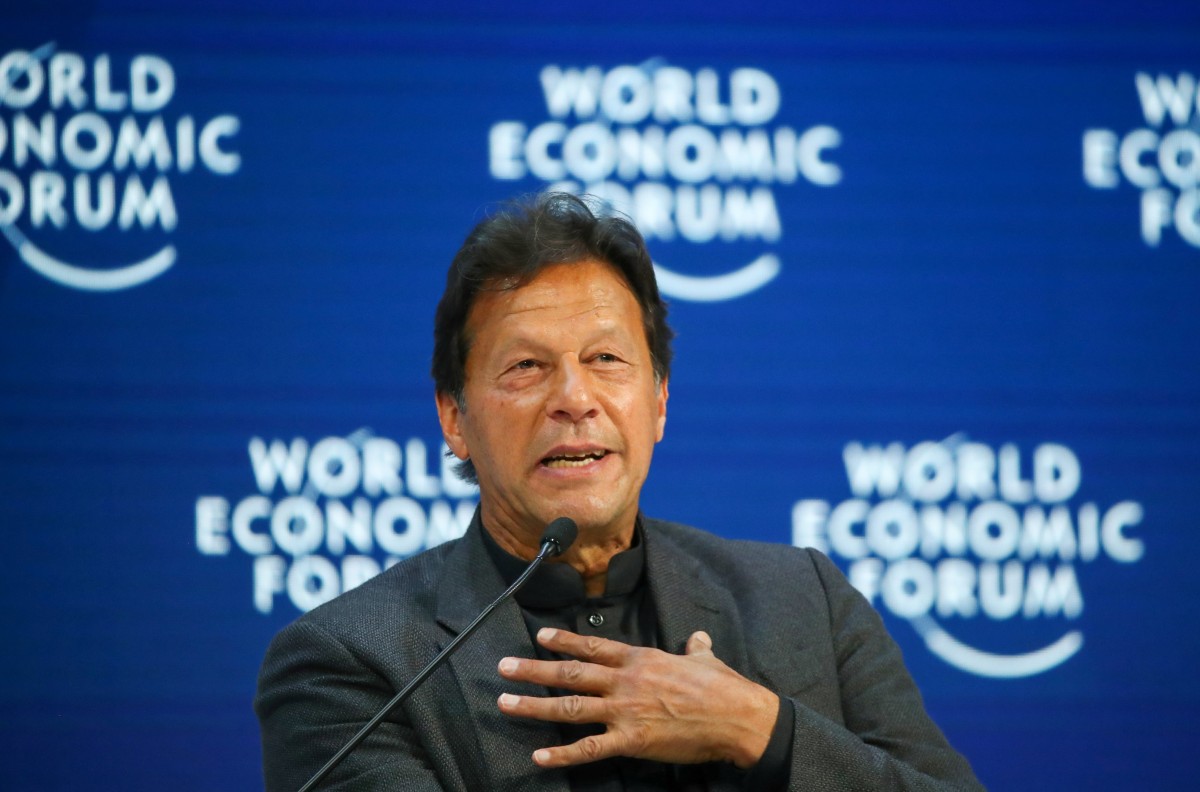 Pakistan has become quite adept at showcasing superficial actions against proscribed groups and their front organisations, every time it is due for scrutiny by FATF. The only reason that it is concerned about the listing is that any further downgrading would mean no more bailouts by the World Bank or the IMF.

FATF’s continued categorisation of Pakistan on the ‘grey list’ springs from the fact that it has consistently failed to implement local legislation to comply with the relevant UN Security Council (UNSC) Resolutions.  Several terrorist groups operating from within Pakistan figure in the consolidated sanctions list generated by the UNSC under resolution 1566.

A sanctions regime against Pakistan remains the best deterrent against the activities of the UN-designated terrorists that are operating from Pakistani soil. Consider the case of the LeT which has confined its activities albeit to maintain deniability and avoid international scrutiny and outfits. This amply signifies its ties to the Pakistan military which desires to avoid confrontation with India at the present juncture. There is a danger that the present downward trend in terror activities might inaccurately be perceived as a result of genuine action against terrorism by Pakistan.

Although India has revoked Pakistan’s “most favoured nation” trading status, since the bilateral trade only amounts to around US2 billion, this has failed to make a dent. For sanctions to have a significant effect, India will need to persuade powerful economic actors, especially the EU which is Pakistan’s biggest trading partner.

By sidestepping structural and procedural gaps in AML/CTF legislative framework Pakistan has been making a mockery of the FATF procedures. This time around the inter-governmental body has granted Pakistan four months before it undertakes another review of its performance.

In the end, rising above the exultation of Pakistan’s continued categorisation as ‘grey’ on the FATF, the real challenge is to reach a universally consistent mindset of countering terrorism by deconstructing terrorism. There is ample empirical evidence showing that terrorism financing and recruitment promote terrorist attacks. Economic sanctions should become a primary means to fight state-sponsored terrorism, not just an afterthought.