The Pakistan Foreign Office has rejected a Financial Times report that claimed that the newly elected Imran Khan’s government was planning to renegotiate the Belt and Road Initiative and reiterated the government’s commitment to the successful implementation of CPEC. 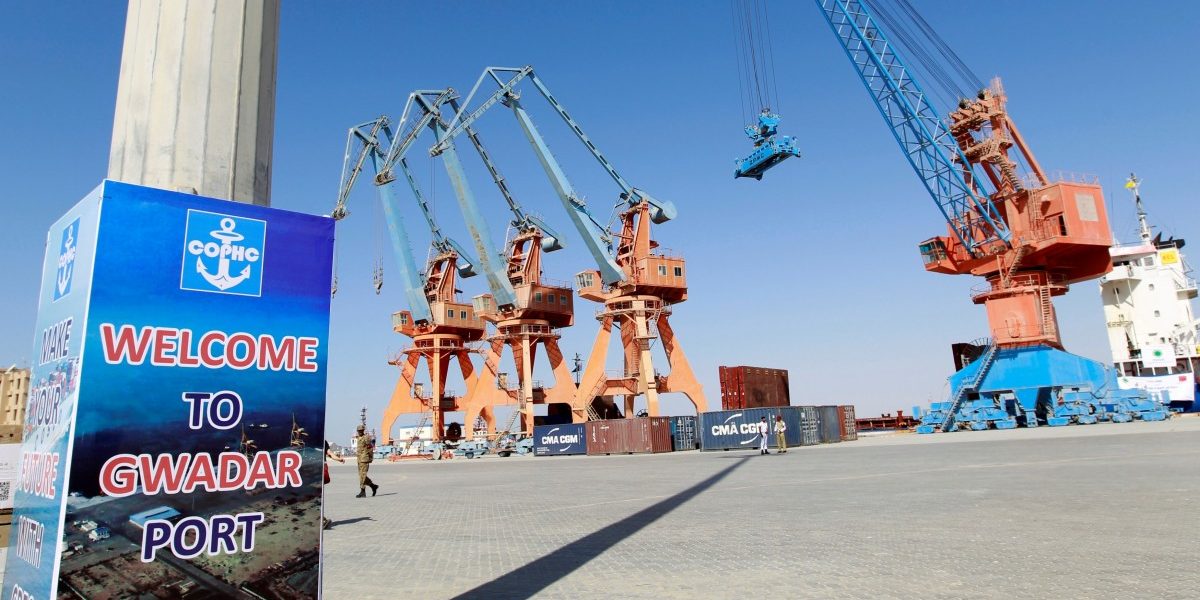 File Photo: A general view of the port before the inauguration of the China-Pakistan Economic Corridor port in Gwadar, Pakistan November 13, 2016. Photo: Reuters/Caren Firouz/File Photo

Islamabad: Pakistan on Monday rejected a media report that Prime Minister Imran Khan’s newly elected government plans to renegotiate the agreements reached under China’s ambitious Belt and Road Initiative (BRI) and said the country remains committed to the successful implementation of the CPEC.

A Financial Times report quoted Advisor on Commerce Abdul Razzak Dawood as saying that the multi-billion China-Pakistan Economic Corridor had put local companies at a disadvantage and that parts of the flagship project can be renegotiated or even frozen for a year.

The CPEC, launched in 2015, is a planned network of roads, railways and energy projects linking China’s resource-rich Xinjiang Uyghur Autonomous Region with Pakistan’s strategic Gwadar Port on the Arabian Sea. It is a part of the BRI.

During his stay in Pakistan, Wang met the country’s top leadership, including the prime minister.

The Pakistan Foreign Office (FO) said that during the meetings, Pakistani leadership conveyed that the CPEC was a national priority for the government and “Pakistan remains committed to the successful implementation of CPEC.”

The spokesman said that there was complete consensus on the future trajectory of the CPEC between Pakistan and China.

“The two sides agreed to work together towards implementation of the ongoing projects and agreed to expand CPEC to new areas of cooperation including socio-economic development; poverty alleviation, anti-corruption, agricultural cooperation and industrial development as per the needs and priorities of the government of Pakistan,” the FO said.

The two sides had an in-depth exchange of views on all issues of mutual interest. The visit provided an opportunity to the two sides to reaffirm their “all-weather strategic cooperative partnership”, it said.

The Ministry of Commerce and Textile in a statement said that the Financial Times article is “based on a statement taken out of context.

“The statements attributed to the Advisor to Prime Minister on Commerce and Textile (Dawood) have been taken out of context and distorted. Pakistan-China relations are impregnable and the government’s commitment to the CPEC is unwavering,” the ministry said.

The Chinese embassy in a statement said that it took notice of the report in the Financial Times.

“Such ill-intentioned reports based on distorted and misquoted information only demonstrate that the report contributor has total ignorance and neglect of the CPEC or China-Pakistan traditional partnership,” it said.

“It is a firm consensus between China and Pakistan that CPEC is a mutually beneficial project and both the governments will carry it forward according to the needs of Pakistan and for the development of Pakistan,” it said further.