More than 200 people have been hospitalised or treated for breathing problems since Sunday. 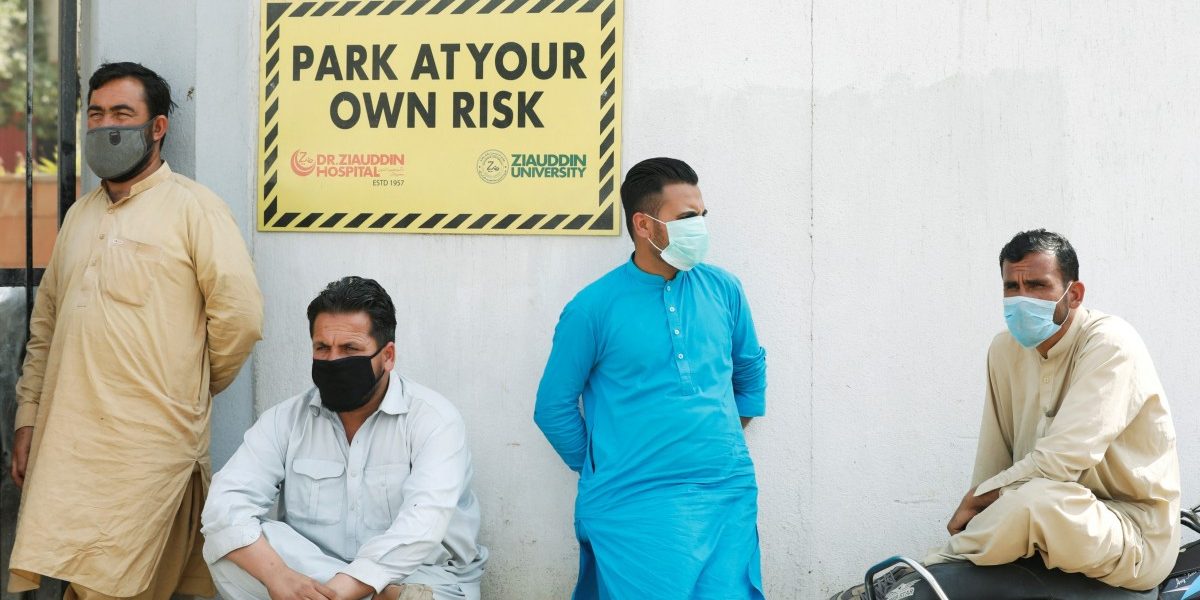 File Photo: Men wearing face masks wait to see their relatives who were admitted after being affected from a suspected gas leak, at the hospital entrance in Karachi, Pakistan February 18, 2020. Photo: Reuters/Akhtar Soomro

Karachi: Authorities in Pakistan are investigating if exposure to soybean dust, which can cause severe allergic reactions, is responsible for at least 14 deaths and dozens of illnesses in the southern port city of Karachi.

More than 200 people have been hospitalised or treated for breathing problems since Sunday as authorities try to determine if a leak of toxic gas was to blame after many patients complained of an unfamiliar odour.

“While we are working on this complex bioanalytical problem, we think this may be due to overexposure to soybean dust,” Pakistan‘s International Center for Chemical and Biological Sciences told authorities in a letter on Tuesday.

Although it was still testing blood and air samples, the agency urged extreme care during the unloading of soybean containers at the port, adding that exposure to soybean dust had been known to cause breathing ailments and deaths. A man wearing a face mask waits to see a relative who is admitted after being affected from a suspected gas leak, at a hospital premises in Karachi, Pakistan February 18, 2020. Photo: Reuters/Akhtar Soomro

Karachi Commissioner Iftikhar Shallwani told the Dawn newspaper that a ship offloading a shipment of soybean had been removed from the port terminal.

Many schools in the area were closed for a third straight day on Wednesday as the authorities investigate.

On Tuesday, several dozen residents of the port area staged a protest to demand an impartial inquiry into the deaths and blamed authorities for not doing enough to prevent them.

Pakistan State Oil (PSO) is temporarily closing its storage terminal in the port area to help safeguard the health and safety of its staff, the country’s largest oil marketer said.

The company would turn to backup sources to ensure the move did not affect 24-hour supplies of petroleum goods, it added.