In his recent speeches via video links from his London home, Sharif has said the interference of the military in politics was the root cause of all Pakistan's problems. 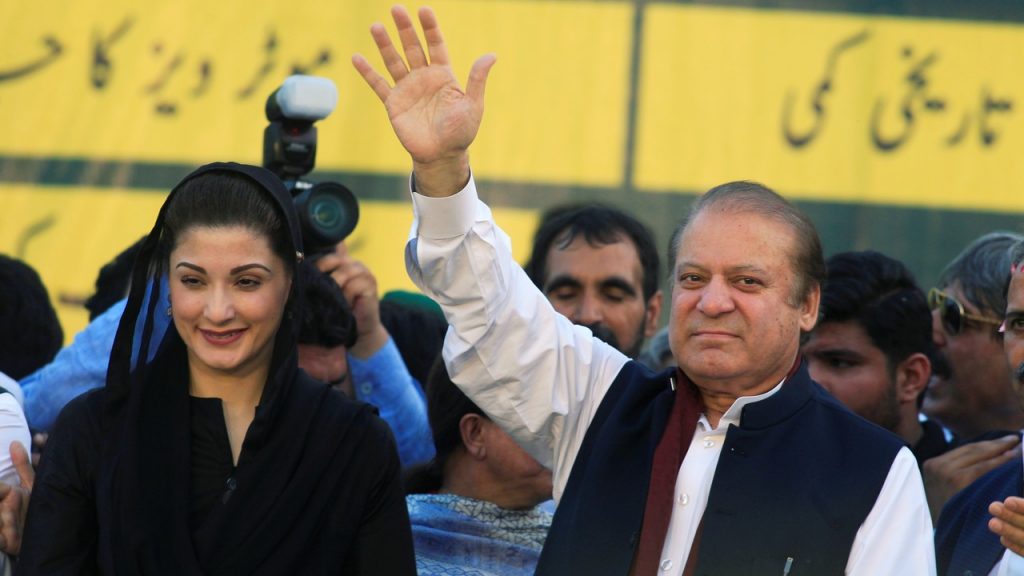 Lahore: Pakistani police filed sedition charges on Monday against former prime minister Nawaz Sharif, his daughter Maryam Nawaz and dozens of his party leaders over comments he made criticising the interference of the military in national politics.

Last month, Sharif’s Pakistan Muslim League and eight other opposition parties came together to accuse the military of meddling in politics and of rigging elections in 2018 that brought Prime Minister Imran Khan to power.

Sharif left Pakistan last November to get medical treatment after being granted bail from a seven-year jail sentence for corruption, though his daughter remains in the country. Sharif, a long-standing critic of the military, denies the corruption charges.

“We will ensure a court trial against the accused,” government official Musarrat Cheema told Reuters regarding the sedition charges.

In his recent speeches via video links from his London home, Sharif has said the interference of the military in politics was the root cause of all Pakistan’s problems.

The sedition case filed against Sharif, his daughter and 44 top party leaders says he has sought in his speeches to isolate Pakistan internationally and have it declared a rogue state.

“Convict Nawaz Sharif has been openly inciting the public to commit treason,” said the case, a copy of which was seen by Reuters, adding that it was aimed at maligning the armed forces and the judiciary.

The military, which has ruled Pakistan for half of its history since independence in 1947, denies meddling in politics or electoral wrongdoing.

The opposition parties have formed a new alliance, known as the Pakistan Democratic Movement (PDM), and announced a campaign of nationwide protests to dislodge Khan’s government, saying it has been a failure on all fronts.

Sharif’s third term as prime minister ran from 2013 to 2017, when he was removed by the Supreme Court amid revelations over his personal wealth, which he blames on the army generals after he fell out with them over the handling of Islamist militants.