Pakistan's Election Outcome Will Not Change the Military's Pivotal Role

The country's army will continue to shape relations with India and instigate unrest in Kashmir, but the government of India must break the silence on engagement with Pakistan. 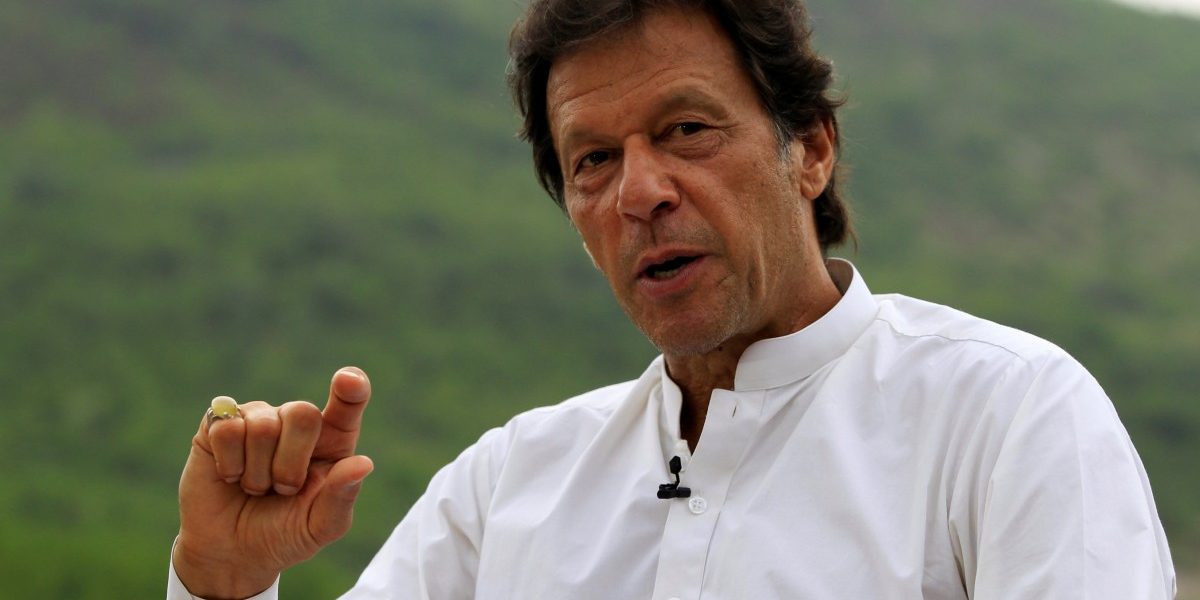 Whether Imran Khan’s Tehreek-e-Insaf party (PTI) or Shahbaz Sharif’s Pakistan Muslim League (Nawaz) [PMLN] party emerges victorious from Wednesday’s general elections in Pakistan, it will make absolutely no difference to the pivotal role of the military in shaping relations with India and instigating unrest in Kashmir. With the help of the judiciary, fixing the media and using jihadists as spoilers, the military has organised a soft coup. Therefore, two interlinked questions of national interest require to be addressed: what next in Kashmir and when, if at all, will the Indian government restart talks with Pakistan.

Kashmir has fallen under governor’s rule for the eighth time. State assembly though dissolved, is under suspended animation as its life is till December 2020. Will another government be cobbled together from the existing assembly? The government will decide after the outcome of the panchayat elections in J&K which are slated for October. This will test the waters for fresh elections.

Article 35(a), which allows state legislature to frame laws under the constitution, is being adjudicated in the Supreme Court. The questions of azadi/autonomy have to be resolved sooner than later.

The political space has shrunk and there is little incentive for meaningful internal dialogue. Once again, the focus is on maximising military gains by continuing with the ineptly named ‘Operation All Out’, targeting 20 top leaders of the insurgency and reducing terrorist population by dispatching greater numbers to heaven than those being recruited on earth.

It is difficult to fathom the levels of alienation, religious radicalisation and desperation, especially among the Kashmiri youth and particularly the motivation injected by Pakistan. Local support is key to longevity of any insurgency and success of security forces, measured by actionable intelligence, attrition rate of militants versus security forces, the spontaneity of fresh recruitment, life cycle of militants and leadership.

A semblance of normalcy showed up in 2008, continuing for five-six years, till the two spikes: hanging of Afzal Guru and killing of Burhan Wani. There was a time when locals would refuse to bury a militant, now they are deified. Youth who signed up for terrorist groups shot up from 21 in 2012 to 126 in 2017. Already this year, over 80 boys have enlisted, maximum in Hizbul Mujahideen, followed by Lashkar and Jaish. In 2017, 213 militants were killed, maximum in south Kashmir, hub of the new insurgency.

Over-reliance on security forces to put a lid on the insurgency without addressing the political, social and human factors has led to a generation of rage among the youth. Civilian casualties have more than doubled to 40 in 2017 and so far, 20 this year. The role of youth and civilians, especially women, in disturbing military operations, facilitating the escape of holed up militants and the glorification of terrorists as martyrs are serious negative developments and reflect the new face of insurgency. Probes into terrorist financing by NIA and ED against separatist leaders have not undermined the insurgency. There was a time in the mid-90s when youths would line the roads to present flowers and fruits to soldiers. Now, it is hate and revenge. Absence of any serious internal political engagement has turned allies into adversaries.

The Kashmir dispute can never be resolved without engaging Pakistan, even if dialogue is unlikely to bear fruit. The problem has become a binary: to engage or not to engage. The muscular approach adopted in 2014 has not worked. A ceasefire currently in place was sought by Pakistan due to the military’s preoccupation with the July 25 elections. For India, the stance is that there will not be official talks till ‘you [Pakistan] stop cross border terrorism and end the engagement with the Hurriyat’. There has been no dialogue since January 2013, making it the longest interregnum. The tentative link between the two NSAs has also been ruptured after the caretaker government was installed.

This time around, Pakistan’s election is completely rigged and unimaginably violent. The army has been given unprecedented magesterial powers. The deep state, in cahoots with the judiciary, will likely succeed in installing a weak and unstable government with a Prime Minister of its choice – most likely Imran Khan. The army has been mainstreaming some jihadists – its outlawed strategic assets – into political entities, in violation of the election commission’s fiat against them.

The Army’s bete noire and three-time prime minister Nawaz Sharaf and his family are in jail on charges of corruption and their appeal will be heard only after the elections. This will give Imran Khan a perfect pitch to clean-bowl the opposition. The Human Rights Commission of Pakistan has questioned the legitimacy of the elections and Pakistan’s transition to an effective democracy.

Kashmir  has figured as an election issue, but is not central to its outcome. The focus is on the economy and corruption. There is a clampdown on the media, which has been barred from reporting on PMLN. Whichever coalition of parties comes into power will extend an olive branch to India, but the army will ensure the proxy war in Kashmir continues unabated and India is targeted in Afghanistan.

Last week, in a written reply in parliament on whether Pakistan had repeatedly rejected the offer of talks, minister V.K. Singh said “no such offer has been made by India“. India is unlikely to erase its red lines as the government moves full swing into election mode. Pakistan will figure prominently in the BJP’s election rallies – the overflogged surgical strikes, et al. The outcome of elections in India in 2019 is more predictable than Pakistan’s. The BJP-led Narendra Modi government will continue beyond 2019 with its muscular policy – having won a limited reprieve at Wuhan on the China front. Modi has to find a plan B to engage Pakistan as tensions in Kashmir could implode, given that the army and security forces are on a short fuse. Invoking parliamentary resolution of retaking PoK is utterly unrealistic. More multiple raids, erroneously called surgical strikes across the LoC are not strategic. Breaking the silence on Pakistan, which should happen after the 2019 elections, is strategic.

Ashok Mehta is convenor of Track 2 Indo-Pakistan dialogue since 2003.