Sharif was addressing the first power show of the alliance of opposition parties – Pakistan Democratic Movement (PDM) – in Gujranwala on Friday night via video link from London. 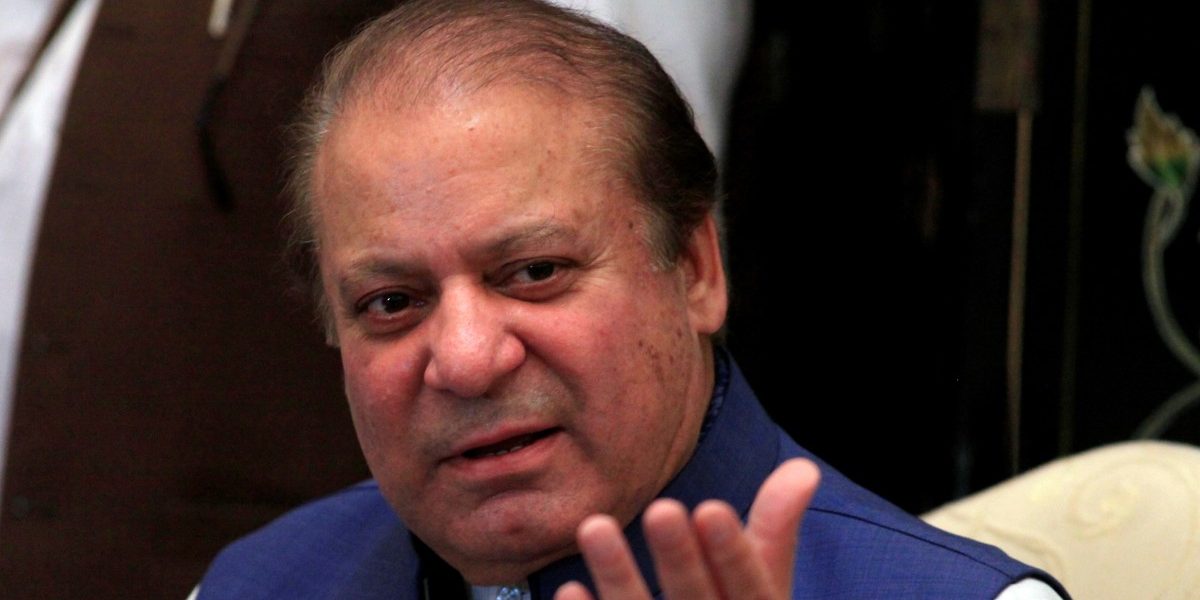 Lahore: Pakistan’s former prime minister and PML-N supremo Nawaz Sharif has accused the military and the intelligence agency of being behind his ouster as premier and installing their “puppet government” by bringing Imran Khan into power.

Sharif was addressing the first power show of the alliance of 11 opposition parties – Pakistan Democratic Movement (PDM) – in Gujranwala, some 80 km from Lahore, late on Friday night via video link from London.

On September 20, the opposition parties announced the formation of the PDM and launch of a three-phased anti-government movement under an action plan starting with countrywide public meetings, protest demonstrations and rallies before a decisive long march towards Islamabad in January 2021 to oust the Imran Khan-led Pakistan Tehreek-e-Insaaf (PTI) government.

Targeting the military leadership, Sharif told the gathering: “(Army chief) Gen Qamar Javed Bajwa ended my government. He rigged 2018 elections and imposed incapable Imran Khan on the nation. Gen. Bajwa is a direct culprit and he will have to give an answer to this.”

Bajwa is directly responsible for the miseries and sufferings of the people by imposing an inept PTI government, the Pakistani Muslim League (Nawaz) chief alleged.

He also accused the Inter-Services Intelligence of being behind the fall of his government and said the entire episode happened with the help of ISI chief Lt Gen Faiz Hameed.

“You (Hammed) will have to answer this too,” he said, accusing the military and the ISI of “installing” their “puppet government by bringing Imran Khan into power”.

“I ask the people present in the rally, don’t be afraid to mention the name who imposed this incapable Imran on us,” the three-time prime minister said.

Referring to the military, 70-year-old Sharif said, “You can label me a traitor if you want, seize my properties, file false cases against me but I will continue to speak for my people.”

“They call us traitors…this is not new…PML-N’s mandate was stolen and a nalayak (incapable) and puppet Imran Khan was brought into power,” he said.

The PML-N chief, currently out on bail, is facing multiple corruption charges. The Islamabad High Court had allowed him to go to London for medical treatment in November last year.

This is not the first time that Sharif has gone after the military leadership. During the opposition’s multiparty conference last month, he had bitterly criticised the army, saying there was a state above the state in the country. However, he had refrained from naming anyone.

Since his anti-army rant, the PTI government has banned the media to broadcast his speeches.

Friday’s event was the first power show of the PDM since its formation last month with an objective to oust the “selected” PTI government. The PDM’s struggle against the Imran Khan government is widely perceived as being anti-army.

The opposition managed to pull a huge crowd at the cricket stadium that was full to its capacity.

Sharif also questioned why the violators of the constitution don’t get any punishment, while an elected prime minister is not allowed to complete his tenure. Sharif became the prime minister in the politically unstable Pakistan for a record three times, but every time he was forced to quit in the middle of his term.

The former premier also said there is “a state above a state” in Pakistan and questioned, “Who is responsible for the two governments in this country?”

The PML-N leader, however, made it clear that he was not against the army but some individuals who violated the Constitution.

“I salute my army men who sacrifice their lives for the country,” he said.

During the event, PDM president Maualana Fazlur Rehman declared that the PTI government would be sent packing by December in the wake of the opposition’s movement.

The next rally of the PDM is on Sunday in Karachi.

The opposition leaders had announced that they would use all political and democratic options, including no-confidence motions and mass resignations from parliament to seek “the selected” prime minister’s resignation.

The opposition parties have accused the powerful army of rigging the 2018 elections that brought Pakistan Tehreek-e-Insaaf party to power.

The oppostion parties are openly opposing the military’s interference in politics and elections for the first time in the recent history of the country.

Sharif has been living in London since November last year after he was allowed by the courts and the government to go there for a period of eight weeks for medical treatment. But he did not come back, while his lawyers told the court that he was still recovering.

The Islamabad high court through newspaper advertisements has asked Sharif to appear before it by November 24 to avoid being declared a “proclaimed offender”.