The second constitution amendment Bill, passed by both houses of Nepal's parliament, was also authenticated by President Bidya Devi Bhandari on Thursday. 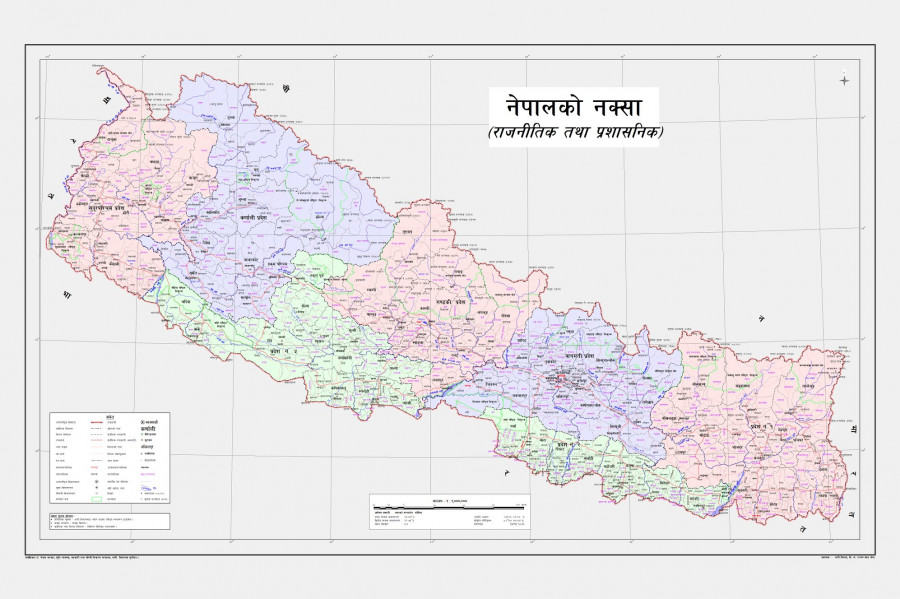 Kathmandu/New Delhi: Nepal on Thursday completed the process to update the country’s political map by incorporating three strategically important areas by amending its constitution, a move that could severely jolt the bilateral relations with India.

India has already termed as “untenable” the “artificial enlargement” of the territorial claims by Nepal after its lower house of parliament last Saturday unanimously approved the new political map of the country featuring Lipulekh, Kalapani and Limpiyadhura areas which India maintains belong to it.

The second constitution amendment Bill, passed by both houses of Nepal’s parliament, was also authenticated by President Bidya Devi Bhandari on Thursday.

Bhandari on Thursday afternoon signed the Bill as per the constitutional provision, according to a statement issued by the President”s Office.

In New Delhi, when asked about the latest development in Nepal, spokesperson in the Ministry of External Affairs Anurag Srivastava said on Thursday that India has already its position clear on this matter.

On Saturday, Srivastava, replying to the queries on the passing of the Bill by the lower house, had said: “This artificial enlargement of claims is not based on historical fact or evidence and is not tenable. It is also violative of our current understanding to hold talks on outstanding boundary issues.”

Nepal last month released the revised political and administrative map of the country laying claim over the three strategically important areas in Uttarakhand, more than six months after India published a new map in November 2019.

The MEA last month said that such artificial enlargement of territorial claims will not be accepted by India.

Earlier in the day, the national assembly, or the upper house of the Nepalese parliament, unanimously passed the constitution amendment Bill providing for the inclusion of the three areas in India in the country’s new political map in its national emblem.

The Bill to amend the Constitution to update the new map was tabled in the national assembly on Sunday, a day after the House of Representatives unanimously endorsed it.

All 57 members of the national assembly who were present in the house voted in favour of the constitution amendment Bill. The passage of the Bill was a foregone conclusion since the ruling communist party had a two-thirds majority in the upper house.

“There was no voting against the Bill and none of the members voted for the neutral category as well,” national assembly chairperson Ganesh Timilsina said.

Speaking in the national assembly to answer lawmakers’ concerns, Prime Minister K.P. Sharma Oli said that the endorsement of the amendment Bill was a milestone towards reclaiming Nepal’s land.

“Both the houses of parliament demonstrated unparalleled unity in endorsing the Bill. This is a historic achievement for Nepalis,” Oli was quoted as saying by the Kathmandu Post newspaper.

“India should prove itself a good neighbour by handing over the Nepali territories it has encroached upon,” he said. “Nepalese people have once again stood united at this particular time in favour of the country’s sovereignty and territorial integrity,” he claimed.

Radheshyam Ashikari, leader of the parliamentary party in the national assembly of the main opposition Nepali Congress, said Kalaplani and Lipulekh are part of Nepal according to the Sugauli Treaty of 1816 signed between Nepal and the British Indian government. The Indian Army should be withdrawn from Kalapani, he urged.

The Nepal cabinet had endorsed the new political map on May 18.

Nepal reacted sharply to the inauguration of the road, claiming that it passed through Nepalese territory. India rejected the claim asserting that the road lies completely within its territory.