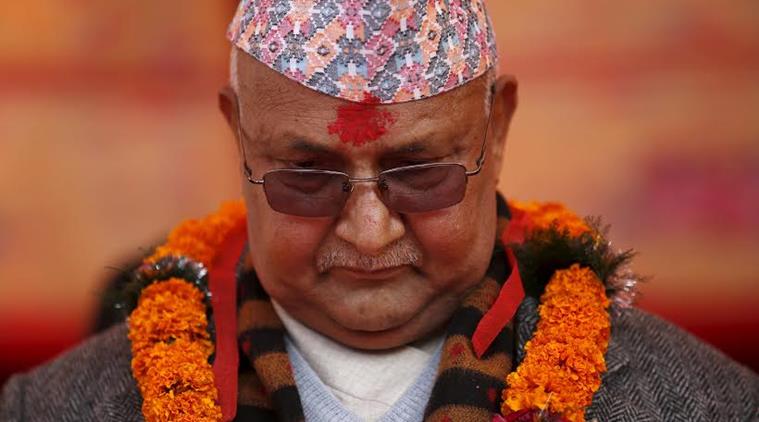 Kathmandu: Nepal was thrown into political crisis on July 12 when the main Maoist party withdrew its support from the ruling coalition and called for the formation of a new government, threatening to topple Prime Minister K.P. Oli.

The Maoists tried to unseat Oli in May but he clung on after reaching a power-sharing deal. An official from the prime minister’s Communist Party of Nepal (Unified Marxist–Leninist) said Oli would meet officials later on Tuesday to discuss his next move.

Oli came to power in October when the Maoists offered his party parliamentary backing to build a coalition in the impoverished Himalayan country.

The Maoists – who ended a decade-long insurgency in 2006 before joining mainstream politics – said Oli had broken promises he made in May.

They also accused him of failing to resolve festering anger in the south of the country over the terms of a new constitution, and of failing to speed up rebuilding of homes and roads destroyed in an earthquake last year.

“We believe that our decision to withdraw support to this government will help form a new alliance on the basis of national consensus among major political parties,” Krishna Bahadur Mahara, a top Maoist official, told reporters in Kathmandu.

Mahara said the opposition Nepali Congress party was ready to throw its support behind Maoist leader Prachanda to form a new government. Congress party officials were not immediately available for comment.

“I suspect these two parties have already made a deal, but we will need to wait and see how Oli and the UML respond,” he told Reuters, referring to the Maoists and the Congress.

The Maoists’ withdrawal of support is the latest political twist for Nepal since it adopted its first post-monarchy constitution in September.

The passing of the constitution looked like a rare moment of political consensus for the country, which became a republic in 2008, but it soon sparked protests.

Minority Madhesis, who live mostly in Nepal’s lowlands near India, imposed a four-month border blockade to protest against a proposal to carve Nepal into seven federal states, which they say would divide their homeland and deprive them of a fair say.

More than 50 people were killed in clashes before protesters called off the blockade in February.

Neighbours India and China compete for influence in Nepal and are both likely to be concerned by the prospect of more instability.