While India has to put the record straight about the allegations levelled by the Pakistani NSC, it would be prudent to point out that the substance of Nawaz Sharif’s charge is against the Pakistan army. 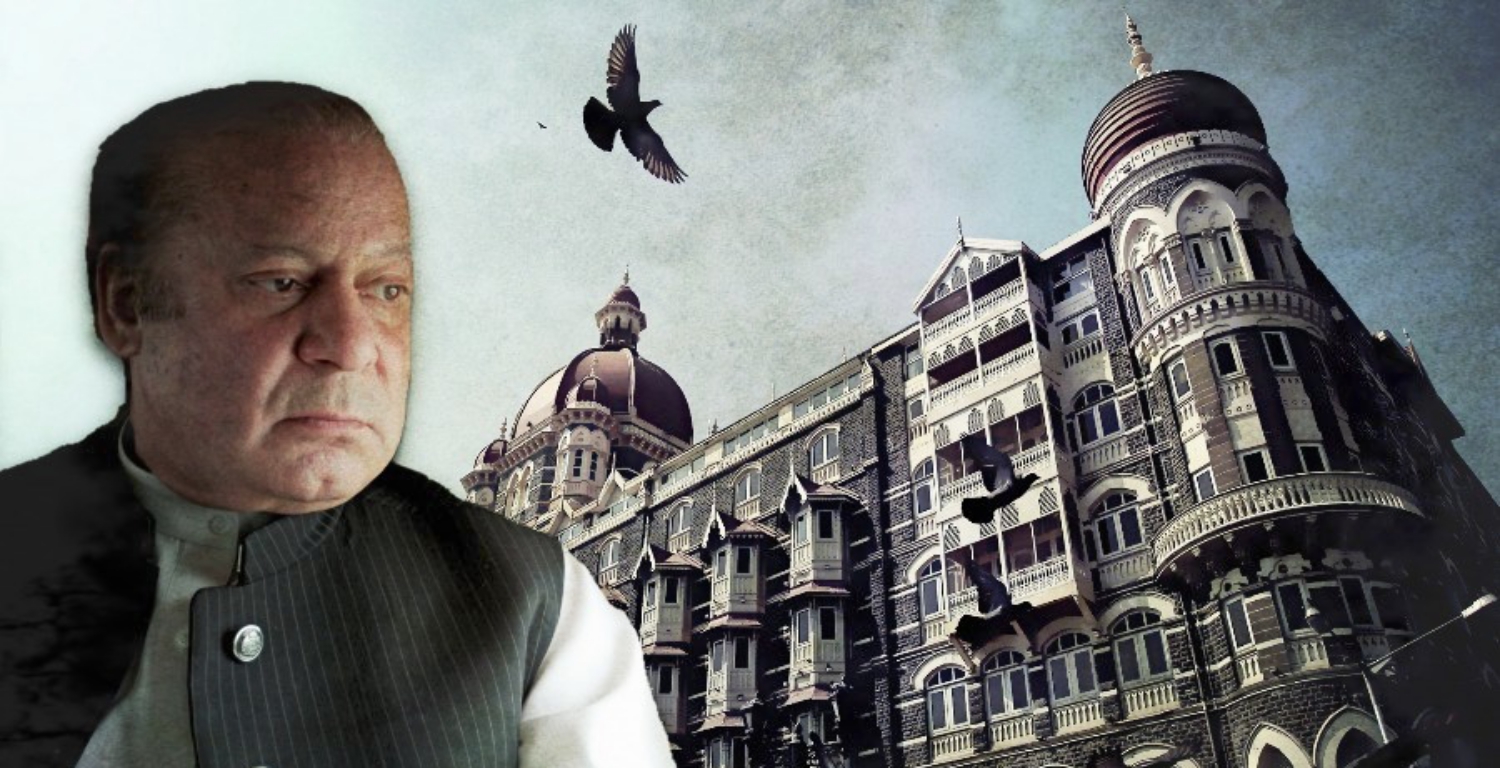 Nawaz Sharif wants to don the robe of someone who is willing to make sacrifices and speak the truth to the Pakistani people. Photo credit: Reuters

Former Pakistani Prime Minister Nawaz Sharif’s comments in a recent interview to Dawn on the country’s governance and involvement in terrorism have led to furious reactions from Pakistan’s military and political circles.

The Indian and Pakistani media, and Pakistani politicians too, have largely focussed on Sharif’s clear but indirect reference to Pakistani terrorist organisations operating against India and the country’s handling of the 26/11 Mumbai terrorist attack trial. However, a close reading of his remarks shows that they constituted a full-frontal attack on the Pakistan army. That is the reason why the army demanded that Prime Minister Shahid Khaqan Abbasi convene a meeting of the National Security Council on Nawaz Sharif’s comments; the NSC, which the army is a part of, met Monday’s morning under Abbasi’s chairmanship.

Nawaz Sharif asserted that Pakistan could not be run if “you have two or three governments”. He went further to say, “This has to stop”, and asserted: “There can be only one government – the constitutional one”. He did not stop there but alleged that he could not undertake reforms himself because his government was destabilised, “from the first year”.

Proceeding to foreign and security policies, Sharif again targeted the army, without specifically taking its name. He said that despite making sacrifices (in the fight against terrorism) Pakistan had “isolated” itself and that its views were not being accepted internationally, while that of Afghanistan were. It is at this stage in the interview that he referred to India. He said:

“Militant organisations are active. Call them non-state actors, should we allow them to cross the border and kill 150 people in Mumbai? Explain it to me. Why can’t we complete the trial? It is absolutely unacceptable. This is what we are struggling for. President Putin has said it. President Xi has said it”.

The references to Russian President Putin and Chinese President Xi Jinping are particularly noteworthy. They reveal that while both countries are publicly acknowledging that Pakistan is acting against terrorism – and China is going the full distance by preventing the UN listing of Jaish-e-Mohammad chief Masood Azhar as an international terrorist ­­– both countries, in private and at the highest levels, are asking Pakistan to stop supporting terrorist groups acting outside the country. This is, of course, not new, for there have been earlier reports of the Chinese being uneasy with Pakistan’s support to foreign oriented terrorist groups. What is significant is that the Pakistanis are being asked to change course by Xi himself.

Nawaz Sharif also said that Pakistan could have achieved 7% growth but did not do so. In the context of the interview it is clear that he was holding the army’s interference in governance – and its support of terrorism – responsible for becoming a drag on the country’s economy.

In its meeting, the NSC ignored Nawaz Sharif’s charge against the army. It put up a united front and “unanimously rejected the allegations and condemned the fallacious assertions”. Predictably, it sought to turn the entire issue into an India-Pakistan matter. It claimed that the Mumbai trial has not made headway because India denied access to Ajmal Kasab and hanged him in a hurry. This has become a “core impediment in the finalisation of the trial”. The NSC also stated that “Pakistan continues to await cooperation from India regarding the arrest of the spy Kulbhushan Jadhav and the Samjhota (sic) Express attack”.

While the NSC meeting was underway Nawaz Sharif publicly confirmed the interview and said that he had raised issues that needed answers. This is in line with his combative mood. It also puts paid to attempts by his PML(N) party to project Dawn’s account as misleading. It also goes against the endeavours of his brother Shahbaz Sharif, the current PML(N) president and the powerful chief minister of Punjab, to calm the situation arising out of the interview.

Nawaz Sharif is also going to address election meetings where his combative stance will continue. Clearly, he wants to don the robe of someone who is willing to make sacrifices and speak the truth to the Pakistani people. In his interview, he has only targeted the army but, in the past, he has lashed out against the courts too. There is little doubt that these institutions have gone out to put him and his immediate family out of play and seem to be paving the way for sending him to prison for a long stretch. In response, he is seeking to discredit the army in the eyes of the people. The army is very sensitive about its image as the unsullied defender of Pakistan’s interests. Thus, Nawaz Sharif has made a dangerous gambit and closed the doors to a retreat.

Unsurprisingly, the opposition parties have come out full guns blazing against him. Pakistan Tehreek-e-Insaf (PTI) leader Imran Khan has called him a ‘Mir Jaffar’, or traitor. Other opposition politicians have condemned him for lowering the stature of Pakistan and demanded that he withdraw his remarks. They have, like the NSC, kept away from the principal thrust of his argument against the army but focussed on the “traitorous” nature of his remarks on terrorism and India.

Pakistan is expected to go to the polls in the next few months. Under its constitution, these have to be held under a caretaker government. So PML(N)’s Abbasi-led ministry will go out at the end of May. The electoral contest will be harsh and the army will no doubt seek from behind the scenes seek to discredit Nawaz Sharif in the Punjab where many of his supporters may desert him both on account of army pressure and the likelihood of his conviction in various corruption cases. But this much has to be given to him – he is showing courage in taking on the army and the courts.

While India has to put the record straight about the allegations levelled by the Pakistani NSC, it would be prudent to point out suitably, in a measured tone, that the substance of Nawaz Sharif’s charge is against the Pakistan army and that the army needs to provide answers both to the Pakistani people and the international community on the larger issue of governance and on sponsoring terrorism. India should not play into the army’s hand by drowning out the charges levelled by Nawaz Sharif on its interference in Pakistan’s politics.

Unlikely though it may be, will Pakistan’s civil society, whatever it is worth, stand up and endorse what Nawaz Sharif finally said in his interview, “These games have gone on for too long. Something has to change”?