Muhammad Safdar was arrested a day after he raised slogans at the Quaid's mausoleum before the second rally of an alliance of 11 opposition parties. 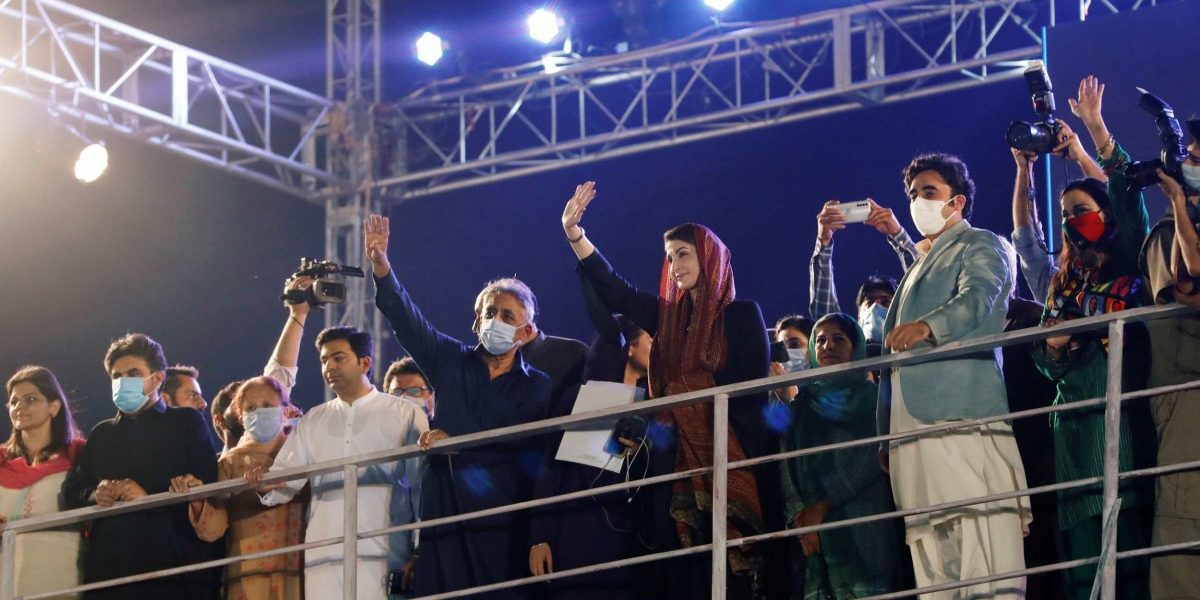 “Police broke my room door at the hotel I was staying at in Karachi and arrested Capt Safdar,” said Maryam, who addressed a large anti-government rally in the port city on Sunday.

She said she was asleep when the police “barged in” her hotel room where he was staying with her husband.

Pakistan Tehreek-e-Insaf (PTI) minister Ali Zaidi, however, refuted her claim, saying, “Maryam (is) once again lying that the hotel door was broken.”

Safdar, who is being kept at the Aziz Bhatti police station, was arrested a day after he raised slogans at the Quaid’s (Pakistan’s founder Mohammad Ali Jinnah) mausoleum before the second rally of Pakistan Democratic Movement’s (PDM) an alliance of 11 opposition parties.

It is expected that Safdar will be presented before a court.

The arrest comes after a first information report (FIR) was registered against Maryam, Safdar and 200 others for violating the sanctity of the Quaid’s mausoleum, Dawn news reported.

The complainant, Waqas Ahmed, alleged that the PML-N leaders, along with 200 of their followers, reached the Quaid’s grave where Safdar jumped over the grill surrounding it.

The complainant said that he tried to stop him from doing so but Safdar “got out of control” and started threatening him and his fellows that he would kill them, according to the report.

Safdar later damaged government property before leaving the site with his followers, it alleged. “My complaint is that Safdar and his cohort violated the sanctity of the Quaid’s mausoleum and his grave. A case [should be] registered against him for raising political slogans inside the mausoleum complex, death threats against me and for damaging government property,” according to the complainant.